As we approach the end of the 2019/20 season, FPL Managers will no doubt be paying close attention to their overall ranks, working out how they can make one final surge to climb up the rankings as high as possible. In the following article, I will be discussing five players I’d consider ‘must-own’ as well as five ‘differentials’ that I think could elevate your team as the curtain comes down on what has been a crazy season. I will do this by considering form, fixtures and four-game points projection (PP) courtesy of fantasyfootballfix.com. Anyways, let’s jump right in!

In the 10 games Bruno has played for United, he has mustered up 7 goals and 6 assists. That’s one goal every 120 minutes. He’s the heartbeat to the United attack, the creative spark that has reignited their Champions League hope. Bruno is on penalties, free kicks and corners; a Rolls Royce of the FPL world.

Verdict: Bring him in or risk falling down the rankings. No sign of rotation at United as they go from strength to strength.

Heavily owned (52.2%) but essential. KDB has 21 assists and 11 goals to his name already this season, and I have no doubt that there’s plenty more to come. KDB came away from Man City’s 5-0 drubbing of Newcastle with just one assist, but he made 7 key passes and could quite easily have hauled if his team-mates were not so wasteful. He is an absolute joy to watch and a captaincy option for every remaining GW if you own him.

Verdict: Assuming most active players own him, consider putting the armband on him for all of the remaining fixtures. Just be mindful of Pep's roulette.

19 goals for Ings so far this season with 4 of those scored in the 5 games since the restart. Ings is a man oozing confidence working tirelessly every minute he’s on the pitch. The United away game in GW35+ could prove tricky, but after that, there are three lovely fixtures for the Saints, and I fully expect the clinical Ings to take full advantage.

Verdict: Don’t let the United away game put you off, I still fancy him to nick something at Old Trafford. But be sure to bring him in ahead of the Brighton game in GW36. 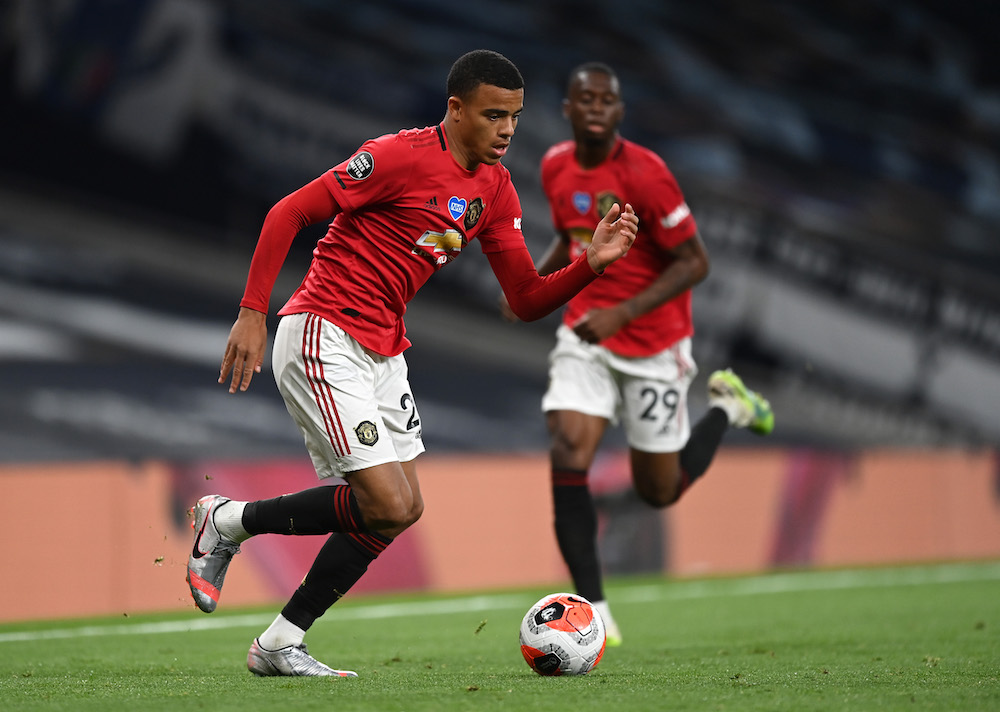 4 goals and 1 assist in the last three games, Greenwood is absolutely explosive. His movement and ability to strike the ball with both feet is a pleasure to watch, and he’s just eighteen! On top of the attacking returns, Greenwood’s price (£4.7) will allow for investment elsewhere in your squad, and that’s what makes him a ‘must-have’ for me. With United fighting for a Champions League spot, I don’t see Ole rotating any time soon, so Greenwood’s place in the team should be safe. With very decent fixtures ahead, what’s not to love? The low points projection doesn't take into account that Greenwood has now all but cemented his place in the United starting eleven. I'm backing Greenwood to exceed the Projected Points shown below in the final four games of the season.

Verdict: A lot of managers are already on three United assets. If so, consider losing one of your United assets (Not Bruno) to bring him in. It will free up some much-needed funds and give you one of the most explosive players in the game right now.

After starting on the bench against Newcastle in GW34, Sterling still managed a goal and assist. Struggled with form pre lockdown, but since the restart, he has managed 3 goals and 3 assists. Sterling comes at a price, and there are arguments to suggest that Mahrez, Foden and D.Silva offer a similar threat. I still feel that Sterling is due a haul before the end of the season, and City couldn’t ask for better fixtures until the EPL 10/20 campaign concludes. One particular game that will appeal to Sterling owners is the Bournemouth home fixture in GW36. In the 9 Premier League encounters against The Cherries, Sterling has scored 9 times.

Verdict: As stated above, Sterling is a little pricey, but if you can find a way to get to him then I’d suggest you go for it. Could appeal to managers jumping off Son, Kane, Salah and Mane. Sterling’s rich vein of form against Bournemouth in particular could make him a solid captain option in GW36.

With Aguero injured for the rest of the season, Jesus will undoubtedly see plenty of minutes. His goal against Newcastle in GW34 is his first since GW27 against Leicester. Remaining fixtures are exceptional for City, and I’m backing Jesus to push on with and add a few more goals to his tally before the season ends.

Verdict: Ideal switch from managers jumping off of Harry Kane. Jamie Vardy will be well owned in GW 35 as Leicester play against Bournemouth. I’d suggest Vardy to consider moving to Jesus ahead of GW36.

Antonio has spearheaded the West Ham fight back since the project restart. The tireless midfielder is playing out of position as a striker in the absence of the injured Haller and doing a fine job in the process. With two goals and an assist in the last three GW’s, Antonio presents a constant threat. In his game against Burnley in GW33, Antonio was denied by the woodwork and the ever-reliable hands of Nick Pope but mustered up a total of 5 shots suggesting that he’s at least getting in the right areas. Despite having a tough home fixture against Manchester United in GW37, I think Antonio is a great differential for the fixtures against Norwich, Watford and Aston Villa. Even if Haller returns to the first team following his injury, I think that Antonio plays alongside him. In fact, Antonio might even benefit from having Haller as a strike partner.

Verdict: Reasonably priced, Antonio will feel a little punty, and that’s because he is. But I see some fight from this West Ham team and envisage them to finish reasonably strong, United fixture aside. Antonio is a big differential for those looking at something different from the template.

Before the league came to a close due to COVID-19, Willian collected a goal and assist in a 4-0 demolition of Everton. He’s picked up where he left off with 4 goals and 2 assists equating to a massive 46 fantasy points in 5 games. Willian’s contract is up at the end of the season, perhaps the incentive of a new contract is behind his improved performances of late? Who knows, but that game against Norwich looks a particularly attractive number for the 10.3% of Willian owners!

Verdict: Target the Norwich game in particular, then consider jumping off before the Liverpool game in GW37.

12 goals and 5 assists to his name this season, Richarlison has established himself as Everton’s talisman. He’ll be keen to finish the season on a high. Despite two tricky matches against Wolves and Sheffield United, Everton have lovely looking home ties against struggling Aston Villa and Bournemouth. The added bonus that Richarlison brings is that despite playing up top as a forward for Everton, he’s down as a midfielder in FPL meaning he gets clean sheet points as well.

Verdict: He can be hot and cold but fixtures are reasonably kind to Everton. Wolves have been disappointing over the last few games, Villa and Bournemouth look like games that Richarlison could flourish in. Managers jumping off of Son should consider Richarlison? 18 points and 2 goals from the last two matches for the Brighton midfielder. I’ve been impressed with his movement especially over the last few games, he was unlucky not to get on the score sheet against MUN in GW32. He’s extremely lowly owned and admittedly it would probably take some guts to use a transfer on him this late in the season, but for those free hitting between GW35 and GW38, Trossard could present himself as a decent one-week punt.

Verdict: Extremely punty. If you are anywhere near the top of your work mini-league or happy with your current rank, stay away. If you are mid or lowly ranked with nothing to lose and looking for a super differential, then consider taking a gamble on Trossard and pray that his recent run of form lasts until the end of the season. The Belgian has 2 goals  (1,6 expected goals) in the last 2 matches.

KDB and Bruno are the two assets that should lay the foundation to most FPL teams right now, a points projection of 54 between them for the remaining four game weeks shows the damage that not owning them could potentially do. Obviously, the downfall is that they are both very highly owned. Managers looking for rank gains should probably look towards punting on more differential options as the season draws to a close!

Thanks for reading, may your remaining arrows be green ones!