It is double season – the best season! In gameweek 25, we have Southampton and Leeds playing twice before a plethora of doubles in Gameweek 26. I am here to help with your GW25 double selections as well as looking at their medium-term prospect so we are not blinded into a bad pick based on their extra game this week.

I am currently on Meslier and Bamford and will be looking to make it a triple up heading into this week. Leeds double but are unlikely to have a double in Gameweek 26. They play Aston Villa at home so this isn’t a deterrent for me. I will gladly play an attacker in this game, sub one and bench Meslier – having another double goalkeeper. I would only be hesitant on investing if you are planning to bench boost Gameweek 26. But a perk of tripling up now is that they are one of the few teams to play in Gameweek 29 where they face Fulham — a good fixture. Investing now will go a long way to easing your headache in Gameweek 29. Their fixtures are also kind. So now for the players worthy of investment.

He’s in 53% of teams and I would go as far as saying you’d be mad not to have him for the double. I also think he is a strong, if not the best, captaincy candidate. 12 goals and 8 assists from 23 games, you’d fancy him to get at least one across 2 matches!

While he may not be as talented as Bruno, Vardy and the likes, he makes up for it by being the focal points of one of the most creative teams in the league. Who cares if it comes off his arse or his head, but I am in no doubt something will come from him across 180mins.

He has looked good since he joined but now he is really starting to find his groove with 2 goals and 4 assists in his last 6. Harrison is also a good pick with 3 goals in just as many games. But he was pulled at half-time against Arsenal, so I would have more confidence in Raphina’s game time as well as performances, as he has been passing the eye-test with flying colours lately.

Bamford matches Raphinha’s output in the last 6 but breaking them down by their numbers, Raphinha slightly betters him. Both players have had 13 shots. Bamford betters his 9 shots in the box with 13. However, 9 of these were headed attempts which are more difficult opportunities. Bamford also marginally betters his 2 big chances having racked up 3. While Raphinha is the better creator with 10 chances created to Bamford’s 8. However, 3 of Bamford’s were big chances compared to only 1 for Raphinha.

Combining goal and assist threat, it is Raphinha who comes out on top with an xGI of 2.75 compared to Bamford’s 2.27. These numbers as well as the eye-test make Raphinha my number 1 target. Although I would still captain Bamford between the two, given his lack of competition, the fact he has been returning all season and being on penalties makes him a safer choice.

Dallas is in 18% of teams and his 4 goals and 3 assists this year makes him a decent pick. Alongside 7 clean sheets, which to me would be a bonus rather than an expectation the way Leeds defend.

In his last 6, Dallas has a goal and an assist. On the back of 6 shots, 3 in the box and 1 big chance, as well as 5 chances created, but 0 big chances. That breaks down to 1 shot and 1 chance created per game, which is OK but not spectacular. But given he has multiple avenues to points he is a solid pick – just ask the Lowton owners out there about the potential upside! 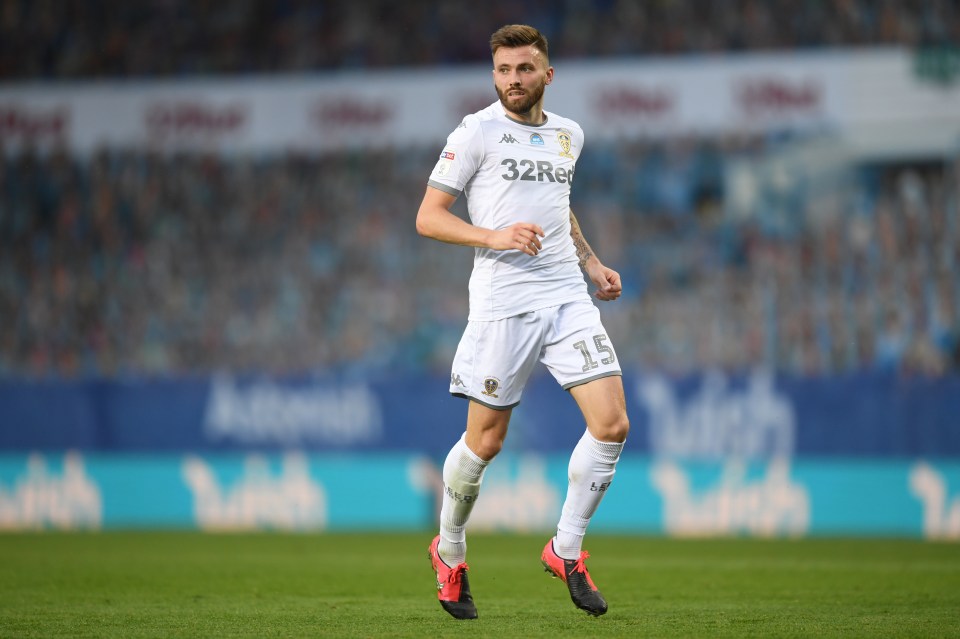 As I said, I prefer Raphinha and I also prefer Dallas to Harrison, just. But those tempted by Harrison are not delirious. His 3 goals in his last 6 come from only 10 attempts, which to me is suggestive of an over-performance. But we can’t knock the quality of his finishing too hard! 9 of these attempts were in the box and only 1 was a big chance, so he would still need to finish at a high level to maintain these numbers as his chance creation is low, creating 4 in the last 6 matches and 0 big chances.

The fixtures are more of a mixed bag for Southampton. They face a rejuvenated Chelsea under Tuchel but then a trip to Leeds who surprisingly fare worse at home and are capable of conceding a hatful of goals at any given time. But Southampton could now be entering a run of 3 double gameweeks in a row!

Adams was on my radar as his price point suited my team much better but he has now been benched in 2 of their last 4 which puts me off him. Particularly as Southampton’s double look to be a combination of 1 good fixture and 1 difficult, I want to invest in someone who is a cert to play both.

Hence why Danny Ings is my number 1 pick for Southampton. He has been back for 5 games now and just nabbed his first goal since then at the weekend. One goal in 5 doesn’t read great but he has been looking sharp and in my view will explode imminently once things click for him. Additionally, the last 5 games has been a truly horrid spell for Southampton losing 5 on the bounce and hence limiting Ings’ chances.

The numbers are not great either but if we focus on his last 2 matches, he has had 3 big chances scoring 1 and missing 2, where he hit the post on one occasion. This is why I feel things are about to click. The last 2 games his numbers have much improved and he has looked sharp. With that goal, I think he will return to his clinical finishing that we are more used to. For those who like doubles, I am thinking Vestegaard provides an unexciting but logical route into the Southampton team. They have been porous at the back of late but Vestegaard’s return should help shore things up. Southampton have kept 8 clean sheets this year, of which 5 came when Vestegaard played. The powerhouse has also scored 3 goals from 14 starts. So with the incoming sea of doubles, you would fancy him to notch one in this run. His cheap price makes him easy to acquire.

There’s not much to discuss here. Cheap and cheerful. Good for save points and a potential clean sheet. Not one for me as I have Meslier. But if you have a transfer to burn, he is a good pick.

Southampton have a number of options in midfield but I don’t reckon any are worth investing in. Minamino scored on his debut but was hauled off at 61mins the weekend as he was absent in the game. Another reason I don’t like their midfield is their wealth of options makes rotation ripe, hence why I am not considering Armstrong.

James Ward-Prowse has 5 goals and assists for the season so is probably the best choice. But he is wholly reliant on set pieces which to me is unexciting and risky. If you are feeling really bold though Redmond may be a nice punt. He started 3 of the last 4 and played upfront the weekend. He tends to come in flashes though and knowing when the lightning will strike just comes down to luck.

With midfield slots being so valuable this year with so many good options I don’t think any of these options are worth investment.

For me I will be going into the Gameweek with 3 Leeds players. I have Bamford and Meslier and will likely get Raphinha for Soucek. I still reckon Dallas, Raphinha and Bamford is the best combo. Southampton are tough to call. My other free transfer was Calvert-Lewin to Kane, but I could alternatively get Ings for a 1-week punt. The upside of that seems limited though. While I do like Vestegaard, it would be for a -4 which is not worth it – but I like him for those with the transfer spare.