Cheap Eredivisie Players to Invest In on Sorare

Last week, Sorare added all 18 Eredivisie teams to the platform moving towards the goal of having every team from 20 worlds' best leagues on the platform. What cards are underestimated and are worthy investment? What positions should you stay away from? Which players might be flying under the radar? Here are my top recommendations for the Dutch League.

Twente's young prospect has a good chance to get increased time on the pitch after Václav Cerny suffered an injury that will keep him sidelined until the end of the season.

The 18-year-old has already scored 2 goals in 10 games for the club. Twente decided to strengthen their squad with Luciano Narsingh loaned from Feyenoord, so it is still unclear whether the ex-Swansea player is ready to take the starting spot or will be used mainly in a substitution role. I hope that the youngster will be given enough minutes to show his talent.

Heracles midfielder is the main goalscorer of the team this season having had a brilliant season in Excelsior the previous year with  14 goals in 29 games.

His Sorare overall score is rather low in gameweeks when he doesn’t have a good game not contributing much to his team's attacking effort. Consequently, his price on the market is rather attractive - the first 3 cards were sold for 0.66 on average. On a good day, this risky asset could bring you a haul of points — he has already scored 100 points two times this season.

An unusual pick which is based mostly on his statistics in Sorare. The Sparta defender is one of those defenders who gain a lot of points mainly due to their massive all-around scores.

As for his team, Sparta’s defence is far from being the worse in Eredivisie, but do not hope that Bart will register cleansheets very often.
Be aware that now Vriends is recovering from a muscle injury after which he is expected to reclaim the starting spot. Now his cards are traded at a very cheap price.

It is common knowledge that the Dutch league is all about goals. Nevertheless, there are quite a lot of defenders that deserve to be highlighted. One of them is St. Jago from Utrecht.

After 19 games, their defensive line is 7th in goals conceded with the Dutch defender taking part in 14 games. St.Jago is only 21 years old, that’s why his first cards in Sorare were sold for around 0.1 eth as many managers find his stats good enough to use his cards in U23 tournaments. 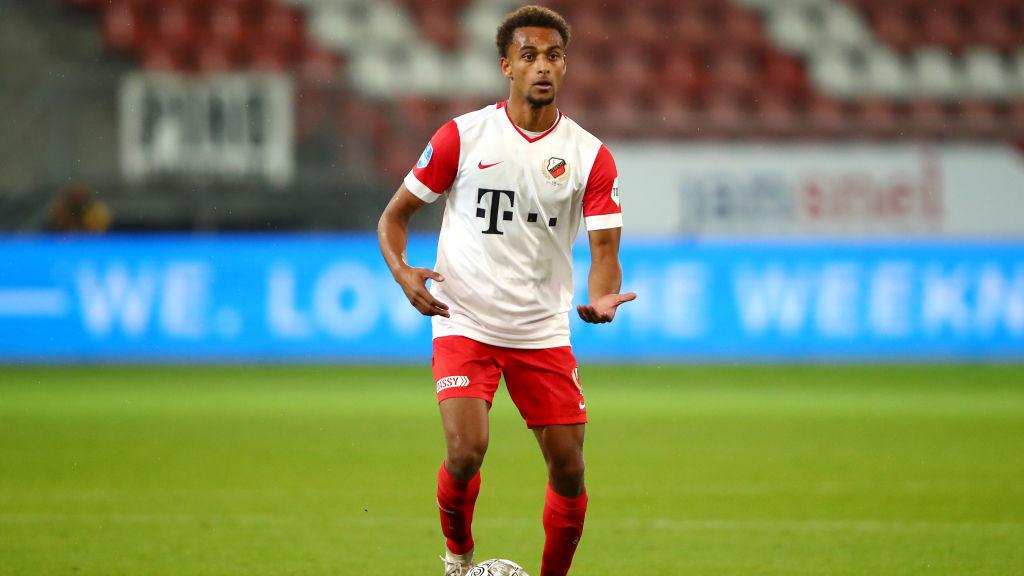 The first editions of many forwards’ cards turned out to be extremely expensive. On the contrary, I would advise you to have a look at Vangelis Pavlidis. He could be a rather attractive investment as the Greek is a sure starter for Willem II and he is only 22 years old so you will be able to use him in U23 tournaments even in the next season.

The main disadvantage of this pick is that Willem II is a weak team, currently sitting in 17th place of Eredivisie. They scored 22 goals in 19 games, Pavlidis has 6 goals and 3 assists. Far from the best stats but not bad for U23 player whose first 3 rare cards were sold for less than 0.1 eth.

One more U23 defender in our list represents Sparta Rotterdam. Unlike Vriends, he is a full-back but this doesn’t prevent him from averaging over 60 points in his last 15 games.

Dirk is a certain starting option for his team - he missed a couple of games at the start of the season, but afterwards played in 13 straight games.

P.S. We haven't covered the main Sorare position – goalkeepers. To my mind, Eredivisie is not the most suitable league to pick keepers from. Not many teams are able to win games without conceding goals. Even leaders often defeat underdogs with scorelines of 3-1 or 4-2.

In terms of price, the only keeper that stands out during the first auctions is Eric Oelschlaegel from Utrecht. But it is necessary to note that the situation in the club is very chaotic.

Oelschlagel moved to the Netherlands when the season had already started and should be considered as a substitute for Marten Paes, U23 Netherlands goalkeeper. After Paes's second injury throughout the season, Oelschlaegel took the place between the pipes and registered three cleansheets in a row. Buying one of Utrecht goalkeepers seems to be a very risky decision these days...

Prices paid for the first few cards in each new league added to Sorare are crazy, somewhat due to collector's value of #1 serial number of each card. Eredivisie was no exception. Nevertheless, these are the cards that, to my mind, were underestimated by managers. I hope this analysis helps you win prizes in Sorare tournaments or sell the cards with profit in the future.