Real7 is in 4th place on the overall CS:GO total profit chart on FanTeam with nearly €10K won in three months since the cybersport fantasy made its appearance on the platform in spring 2020. With Dota2 fantasy in FanTeam's plans, let us ask this prominent CS:GO regular how hard it is to start playing and what you must know in order to win in esports daily fantasy.

You have made nearly 3000 entries into hundreds of CS:GO fantasy tournaments, do you have any background in the computer game?

I was a big fan of Counter-Strike back in my school years. Somewhat surprisingly, my interest sparked after the era of the so-called 'computer clubs'  had ended. School kids spent all their waking hours playing games in those clubs. The first version I played was the CS:1.6, but I spent the most time being indulged in the CS:Source version. I and my mates had a clan that ventured into small-time online tournaments. It didn't last long, however, and the game was forgotten in a few years' time. I tried the Global Offensive version when studying at university in 2014. I logged in about 50 hours while on a summer break back then but haven't launched the game since like 2017.

Your ROI in CS:GO is astonishing 66%. You've played the same amount of daily fantasy football, but you ROI is lower sitting at 28%. How are these two fantasy disciplines different?

The difference is minimal, the principles of creating a team are pretty much the same. The only notable difference is that in esports fantasy you have to consider picking lowest-priced players for your team more often. The player selection is limited compared to classic daily football tournaments. A defensive midfielder's goal might go unnoticed and won't make a huge difference with other players pitching in. In esports fantasy, it's nearly impossible to win if a fourth-fifth ranked player (there are only 5 players in a CS:GO team) on a team produces a massive point haul and he is not on your fantasy team.

How do you get ready for tournaments?

I start by looking at teams to evaluate who has been on form lately, then I correlate that with odds to win and single out teams I will be focusing on when creating my lineups. I then analyze the players' form and enter all the acquired data into an Excel table.

Then I proceed to draft my teams which usually takes me about 2 hours, data analysis included. When I have less than 2 hours to prepare for a slate, I might end up making mistakes in evaluating players' form and when creating lineups. The exact time spent also depends on a slate, of course. You might get it all done in 60 minutes when there are only 3 matches in a slate. On the contrary, three hours might not be enough if there are 6+ games that make up a fantasy tournament.

How many teams do enter into a slate? What does this number depend on?

I enter 25-30 teams on average. In general, I try to make sure that my combined buy-in into a tournament never exceeds 5% of the tournament's prize pool.

What has to be wrong with a CS:GO fantasy team for you to completely fade (ignore) its players?

The only thing that comes to mind is a team being in utter shambles. When it is evident that a certain team is demoralized and playing outright badly. But I have to say CS:GO tournaments are full of surprises with the biggest underdog always capable of upsetting a top team.

Do you watch CS:GO live streams?

I do. While all football was on halt due to COVID-19, I got hooked. Watched every game for at least 30 minutes to familiarize myself with teams. After the restart of the EPL, I watch it a lot less not only because I have less time, but because I already know more or less what each team is capable of. In my opinion, the nerve of the CS:GO matches is even more intense than in football. 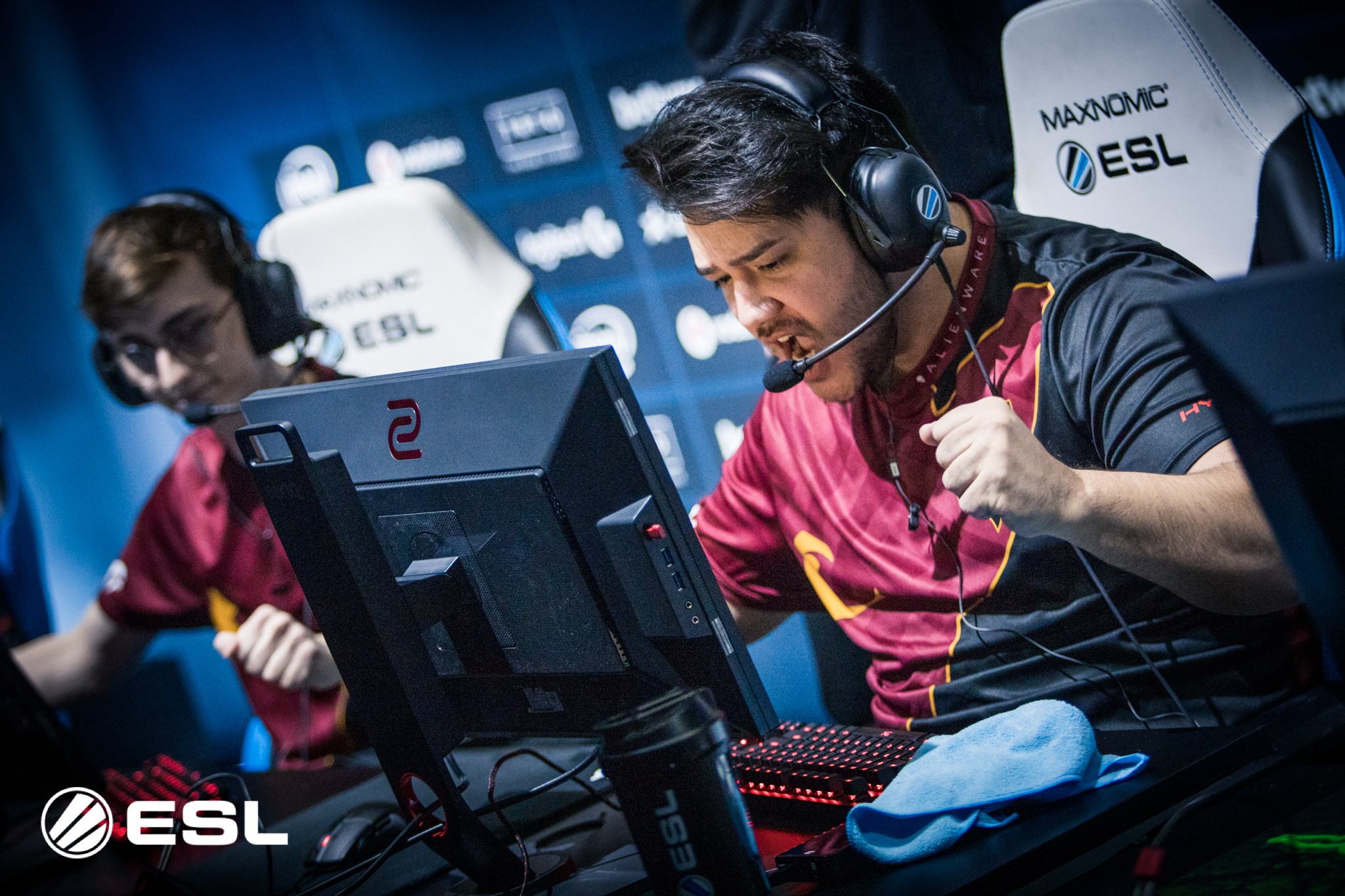 Is there anything you would change in the CS:GO fantasy rules on Fanteam? Should the First Kill bonus be worth more points?

I believe the CS:GO tournaments to be the most balanced of all other sports I have played on Fanteam both in terms of scoring and tournament formats. I tip my hat to Fanteam reacting and making all the necessary changes after the launch of esports fantasy. At first, you could only draft 3 players into your teams which I didn't particularly like. I also thought the scoring wasn't optimal and the last map bonus a bit unbalanced. I remember contacting support with suggestions to make it better and was really happy when almost all of my ideas were implemented.

Do you play League of Legends fantasy? Do you plan to play Dota 2 fantasy when it is launched on Fanteam?

I played only the first LoL tournament because of a big overlay. I know virtually nothing about the computer game and can't say I want to get into it that much. I simply don't have the time and I don't think LoL tournaments will be very popular with bug guarantees on offer. I will pass on Dota as well since it will be impossible for me to play both CS:GO, football and Dota fantasy at the same time.

You have made nearly 3K entries into CS:GO fantasy tournaments and your ROI keeps on growing. What is behind your success?

It comes down to a combination of luck, time invested into watching games, analysis and lineup creation. The competition is also weaker in CS:GO compared to football fantasy on Fanteam as well. Most people knew a lot about football when they started playing fantasy. CS:GO fantasy was an open book for me and most others. I had a feeling if I kept on learning the game I would be quite successful at it.

You started turning a profit only after a month of playing...

I failed miserably in my first tournaments played. The whole process seemed entirely random to me due to 3-player teams and scoring. I also wasn't in love with the very top-20 heavy payout structure. I stuck to playing micro-limits the first month and tried different things every day when creating my lineups. I used different stats, looked at different bookies odds, but couldn't grasp what should be the foundation for building my lineups.

Only after the scoring had changed and 5-man teams had been introduced, only then I understood how to create winning lineups. Fanteam also reintroduced a flatter payout curve which made me believe I could tackle the higher limits.

Can someone not familiar with CS:GO computer game start playing CS:GO fantasy?

Definitely. The game is quite simple, the scoring is also very straightforward. Watch a couple of games and you will understand how everything works.

I doubt it. Season-long fantasy is a different game altogether. A footballing season is long with players changing teams, receiving injuries etc. Seasonal fantasy in CS:GO is only plausible for a series of tournaments which are quite short-lived compared to football with no changes in the squads. If it is implemented, it would look more like a series of daily events rather than a full-fledged season-long game.

We would like to thank Real7 for finding time to answer our questions. Feel free to try out CG:GO fantasy games on Fanteam  and may they bring you both enjoyment and success.