The English Premier League has 3 more exciting weeks of football left in it with many daily fantasy dilemmas to solve. But before we plunge into the slate on offer at FanTeam this week, let us reflect on our recommendations from last time.

We picked Chelsea as our best-odds stack.

Burnley had managed 6 shots (3 on target) and 0,79xG with Ashley Barne’s close-range effort weighted at 0,65xG. It can be argued that the scoreline doesn’t reflect the true nature of the match

Newcastle was our value play stack.

With 15 shots (3 on target) and 1,29 xG the visitors had deserved their goal in what was a rather comfortable win for the hosts.

We tipped Crystal Palace for an upset and they duly delivered beating Arsenal 3:2 at the Emirates. They couldn’t keep a clean sheet conceding 2 goals, 12 shots (5) and 1,54xG.

The fantastic Liverpool did quite well in terms of shots, xG, and xA but didn’t get on the scoresheet.

Everton delivered at home against a shaky United’s team rewarding those who included our value play duo into their fantasy teams.

Grant failed to start the game but got on the score sheet being subbed on in the 2nd half. He scored a header from close range with his only shot on goal.

Aside from the City’s game at Burnley, other fixtures of the slate are hard to call with no team having a significant advantage according to bookies. We are faced with many hard decisions to make so let us see how we can navigate this unpredictable sea of fixtures.

Here are the games that make up FanTeam’s slate for the weekend:

Defensive stacks are extremely important when playing at FanTeam. That is why we will focus on this aspect of the game providing you with safe, value, and differential options for the slate on offer in every preview article.

Having won the Manchester derby on Wednesday, it is unlikely the visitors will stumble at Turf Moor. Playing at Burnley is not a walk in the park and Guardiola’s team have struggled here at times in the past (1-1 last year, 2-1 two years ago).

While scoring might prove to be a problem, Manchester City have a 53% to keep a clean sheet.

The stack doesn’t come cheap (31,1) but with other games hard to call might be worth investing in. I will not try to guess Pep’s selection in order to decrease the stack value, I will go for the safest options here.

The absence of Miguel Almiron will impact the Magpies’ offense in a big way. They might struggle on transition and despite Ayoze Peres stellar form might be limited to a handful of chances by the hosts.

With only 1 win in their last 4 away games (Leicester), 3,45 xG and 3 big chances created, the visitors look beatable for Brighton, who themselves have tightened up at the back recently (1 goal allowed in their last 2).

Birghton have conceded 4,30 xG and 6 big chances in their last 4 home outings and have a 36% chance to keep a clean sheet according to bookies.

The stack value is very enticing (18,7) with Dunk and Duffy (7 goals between them this season) dangerous at set-pieces.

Set plays might be Brighton’s only weapon as the goals have dried up of late - 0 goals scored in their last 7! games.

Everyone will be looking away from Manchester United’s assets given their poor run of form (1 win and 5 losses in their last 6).

Despite losing to their rivals from the blue part of Manchester, United have limited the visitors to only 8 shots (5) and conceded 0,52xG.

Over the last 4 home games, they boast 3,80 xG and 3 big chanced conceded. I don’t see many goals in this match with the Champions League berth up for grabs.

An affordable stack price of 20 calls for a gamble. If the hosts manage to contain Hazard, the clean sheet looks possible. The bookies rate that at 25%.

Good correlation of players in your squad is of extreme importance in any fantasy team no matter the sport.

In football, it is crucial to single out players who assist each other often, are involved in the attacking play, and are on set-piece duty.

With a lot fewer opportunities to get offensive returns in comparison to other sports, such as hockey, basketball, American football etc., understanding which players offer the most threat and link-up well is one of the most important tasks a fantasy manager faces.

We advise against a triple-up in this encounter as it probably won’t be a goal fest with Guardiola’s side struggling at Turf Moor in their 3 last meeting (1 win, 1 draw, 1 loss).

Aguero (14,8) trails him with 1 goal and 2 assists (1,60xGI). Both are safe and solid captaincy options in a team full of confidence.

Arsenal will be arriving at the King Power stadium bereft of confidence after their heavy defeat (1-3) at Wolverhampton. They have conceded 6,20 xG, 56 shots, and 9 big chances in their last 4 away outings.

Leicester are cruising under their new manager, enjoying some fluid attacking football, 6,16 xG, 41 shots in the box, 9 big chances in their last 4 at home.

Oumar Niasse (8,9) has 4,96 xG and 0 goals scored which speaks of his finishing ability. What other game to prove that wrong?

Fulham are still leaky even at home having allowed 6,70 xG, 69 shots, and 7 big chances in their last four.

Players that are worth less than 7 mln. but capable of attacking returns. Used to pluck holes in your lineup. 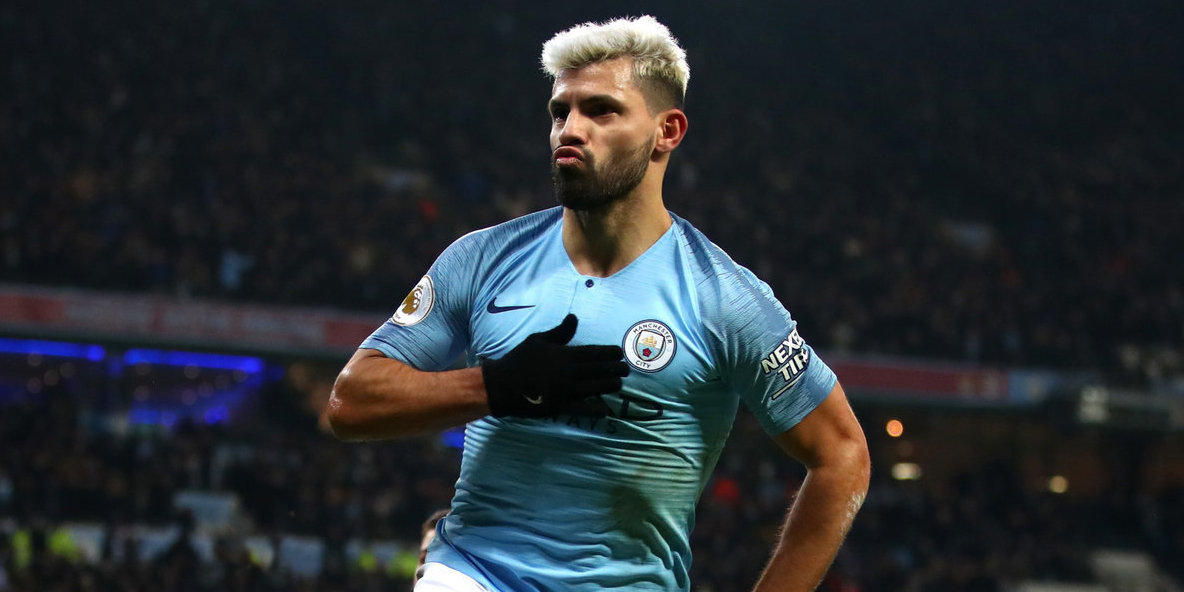 Aguero (14,8) might be your best bet as a penalty box lurker in a game where City's wingers might struggle to find space.

Aguero has a 60% chance to score according to bookies.

Redmond (10,8) leads the team with 2,98xG (2 goals) in his last 4 games. Bournemouth tend to struggle away so look for the hosts to seal their Premier League survival in this home match. redmond has a 27% chance to score according to bookies.

We hope this helps you build a winning lineup for this weekend’s slate. We will be providing similar tips ahead of major slates on FanTeam in the future. Follow us on Twitter , stay tuned and good luck!