The matches at the EURO 2020 are coming thick and fast! I hope you are enjoying all the single-game competitions at Fanteam and faring well in the season-long game. The fans are back to the stands (what a joyous sight it is) and so is the Weekly Moster with €100,000 guaranteed. It starts on Sunday with Italy vs Switzerland with a total of 6 games making up the slate. In this article, I will recommend a few stacks and some standalone picks for your fantasy teams based on my observations, bookies odds and player prices.

This is going to be a tight affair with a play-off spot guaranteed for the winner. Having watched both Ukraine's and Austria's games in the group stage, I must say Ukraine impressed me more. Both teams look well-drilled, but Ukraine have more quality in their front line. Yaremchuk has been impressive with his smart off-the-ball movement and a 50% conversion rate – he scored twice from 4 shots, seems full of confidence and will most likely be picked less than Malinovskiy.

Yarmolenko betters the forward in terms of shots (8), scoring twice from both of his big chances. Shooting has always been one of his better qualities, and he is most likely on penalties for his team (he was not on the pitch when Malinovskiy took one against North Macedonia), especially with Malinovskiy failing to convert one in the last outing.

Malinovskiy himself (9.4) is another option to consider with set-piece duties, 7 chances created (3 big) and 7 shots. He is playing on the left side of the pitch for his national team which perhaps limits him a little bit, but his crosses from set-pieces are always dangerous. 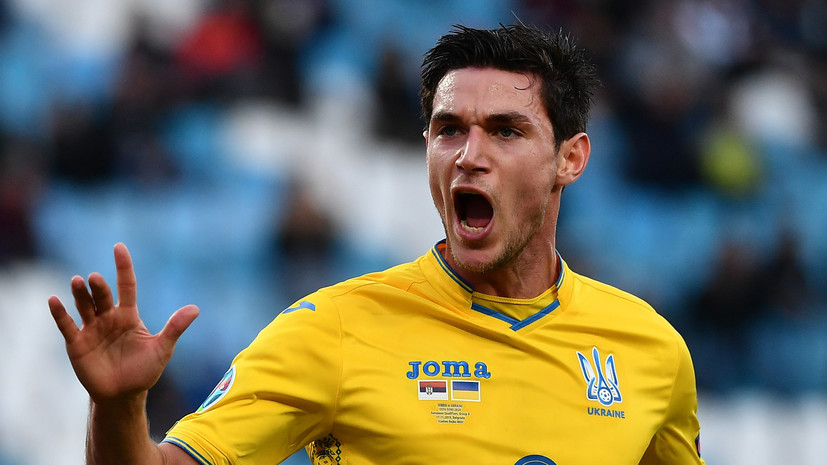 One of the cheapest goalies of the slate in a game that Russia must get points from if they want to advance. Denmark have a point to prove and will be committed to getting a result in front of their fans. While their tactical plan worked very well against Belgium in the first half,  their game aginst Russia will be rather different. Denmark aren't too convincing trying to break deep-lying defenses, especially with their star player Eriksen out for the tournament, and Russia will be more than happy to sit back. Denmark fired 21 shots (5 on target) against Belgium, and I believe there are a few saves to be had here for the Russian netminder. I am not ruling out a clean sheet either with the visitors given a 20%+ chance to keep one.

Remember that you can try playing Fantasy for free at Dreamsport! Scoring and player pricing is identical to FanTeam, give it a go!

Italy have arguably been one of the best sides in the competition so far, scoring 5 times and conceding none in their home games backed by the Italian Tifosi. They might want to give their bench players a run out with everything working so smoothly and that is something we can perhaps profit from.

Bale had a great game (his penalty miss aside) against Turkey with 5 shots and 9 penalty area touches (both team's highest). He created 5 big chances, which is an incredible number for a single game and perhaps highlights what a flop Turkey have been at the Euros. Italy, reserves or not, is a totally different beast, so I doubt Bale will be as productive, but he is a great budget-friendly one-off option with penalties probably still on him despite the miss.

If you feel like going for a mini-stack here, I would go for James, who had fired 2 shots and created 6 chances in his 2 games played. He also takes some free kicks and corners, although I doubt that's something Wales can capitalize on against a defense such as Italy's. Wales have guaranteed a playoff spot and will perhaps not be in the park-the-bus mode playing in front of a substantial crowd. Maehle has been playing very high up the pitch on the left flank be it in the 4-4-2 setup against Finland or the 5-3-2 formation against Belgium. He took 3 shots (0.4 xG) against Belgium and had 4 shot-creating actions in that match. Wass is less dangerous on the opposite flank but still deserves a mention. The Danes have a 38% chance to keep a clean sheet against a team that doesn't score too often.

Wow, look at that price tag! I know, Belgium wasn't exactly setting the world on fire against Denmark in the first half – enter Kevin. He completely turned the game playing as a false 9 with Lukaku moving to the right-wing. He scored and assisted once, had an xA of 0.8 creating 2 big chances. Lukaku's contribution was invaluable and his physical presence will trouble the Fins, who struggled against Dzuyba a few nights ago.

The duo clinched the game for Belgium and I am expecting them to shine against team Finland. De Bruyne might need more game time before the playoffs and it looks like Lukaku is capable of playing back-to-back 24-hour long games. As with any GW 3 game involving a side with a guaranteed playoff spot, rotation and early substitutions might be the factor, but we have to risk with our captaincy armbands. And this duo is the most fitting with decent Safety Net options for both (T. and E. Hazard)