The industry of fantasy sports has not always been the juggernaut that we know and love today. Throughout its rather short history, it has been through tremendous ups and downs, once even being on the verge of illegality. Yes, today there are ads at sporting facilities luring you in to play on DraftKings or Fanduel or elsewhere, but just a decade ago, governments of several US states were seriously thinking about labeling DFS a game of luck.

Even though there is some evidence about the predecessors of fantasy sports, like fantasy golf invented by the owner of Oakland Raiders Bill Winkenbach, it’s generally accepted that the father of fantasy sports is actually Daniel Okrent. In 1980, he founded the Rotisserie League Baseball, a group of journalists who picked a team of baseball players.

The league was named after the restaurant where its founders got together to discuss the specifics of the game. The name was later shortened to roto, and this form was used to brand one of the most famous fantasy-related sites (more on that later). Ironically, despite being the founder of this league, Okrent had never managed to win it. 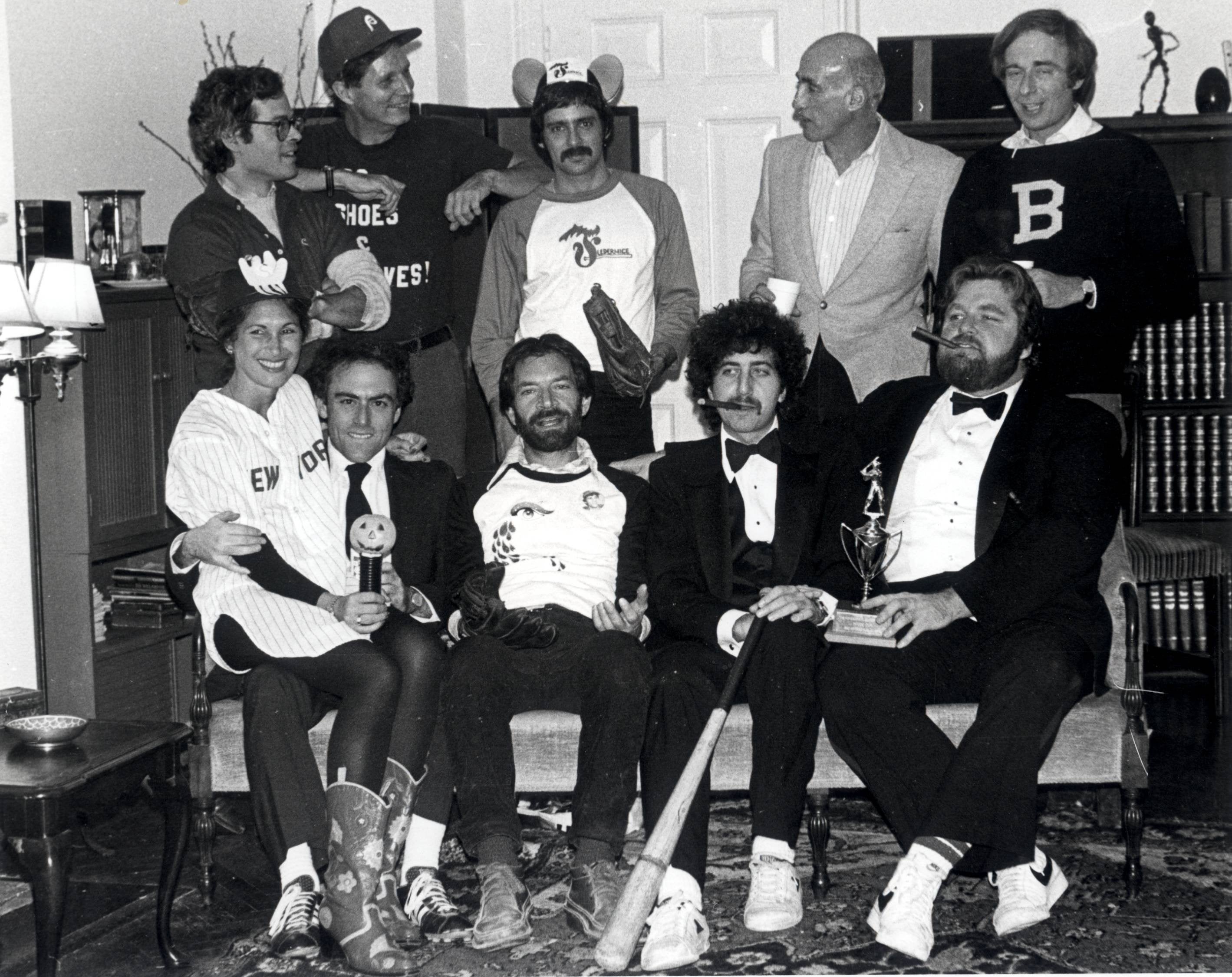 During the 1980s, the new phenomenon was gaining popularity as more and more sports journalists started to dabble in fantasy sports. The advent of more sophisticated ways to gather stats led to further popularization of the game.

Sites like Commissioner.com (a fantasy baseball commissioner service with stats, box scores etc.) started to get more and more and traffic. In early 1997, the RotoNews.com website started operating.

At some point, it was visited by more people than the official NBA website. Interestingly enough, the site has survived all the turbulence of the 00’s and 10’s and is now known as RotoWire. Even Yahoo.com joined in on the fun, adding fantasy sports to its website in 1999. The dot-com boom of the early 2000s brought even more popularity to fantasy sports.

Despite economic instability which characterized the first few years of the new millennium, fantasy sports were becoming more and more of a mainstream hobby. A survey conducted in 2003 by Fantasy Sports Trade Association showed that roughly 15 million people played fantasy sports, spending some 150 dollars per year on average. Big leagues like NFL started to notice that fantasy players watched more football than non-fantasy players, thus spurring viewership figures. As you can see, there was some money to be had there, and there were those who knew that – the big bucks were just a matter of time.

Before the late 2000s, the most popular type of fantasy sports were season-long games, but in 2009, Nigel Eccles founded FanDuel – one of the two giants of the industry still operating today. Eccles used a loophole in the Unlawful Internet Gambling Enforcement Act 2006, which it did not state that a fantasy sports competition had to last for an entire season. Three years later, in 2012, Jason Robins, Matt Kalish, and Paul Liberman founded DraftKings – FanDuel’s archrival and main competition (and a comrade in misery at some point in time).

Stuck in between those two milestones was the inception of Rotogrinders, quite possibly the biggest fantasy sports-related website known to mankind. It is still in operation, of course.

Both DK and FD started attracting investments for their operations. DraftKings struck a deal with MLB in 2013, and this was just the beginning – millions of dollars were paid left and right, both companies signed agreements with major sporting leagues, and the golden age of fantasy sports was just around the corner.

In late 2013, the first ever one-day millionaire was crowned in DFS as Travis "TSpiedo" Spieth won the $1 million grand prize at the 2013 FanDuel FFFC. In the next couple of years, DFS has undergone a boom due to the ability to access contests through mobile devices (already ubiquitous in the mid-2010s) and, of course, aggressive marketing campaigns. Ever seen commercials where a dude would be standing with a giant check, confetti pouring over his head and all that? If not, watch this.

Anyhow, anyone could become a millionaire now, and if this didn’t look enticing, I don’t know what would.

However, it was quite soon that the booming industry would be under intense scrutiny, and it was all thanks to one man named Ethan Haskell. As the story goes, Haskell, then a member of DraftKings staff, inadvertently published competition-sensitive data before the start of week 3 in NFL. That very week, Haskell won $350,000 in a contest at Fanduel.

Many people, including Dan Barbarisi in his book ‘Dueling with Kings’, compared this move to insider stock market trading. This led to both DK and FD strengthening their policies in terms of access to sensitive data like this. However, the industry was already a thorn in the side of many.

New York Attorney General Eric Schneiderman tried to ban DFS in the state of New York altogether, but the legal battle was won by the two fantasy sports giants (more on this in ‘Dueling with Kings’ – Barbarisi gives detailed accounts of these troubled times, and this is a must-read for those who love fantasy sports).

FanDuel and Draftkings tried to merge 2017, but the request was declined by the US anti-trust authorities amid fears that this may create a monopoly on the DFS market.

Right now, both companies are doing relatively well, even though DK posted major net losses in 2019. There is controversy, as usual, but other than that, DraftKings and FanDuel are very much alive and kicking (although the scary-looking coronavirus pandemic may have something to say about that).

That is it for this installment of the article. In the following part, we are going to learn more about fantasy sports in Europe. Until then, stay safe, wash your hands, and stick to social distancing for a while!