Yet another international break is finally over leaving us wondering whether all those matches should really have been played at all. The injury lists are growing, more footballers are catching the ‘you-know-what’, and season-long fantasy managers are biting their nails looking for replacements with each passing day. The only consolation is that we can again play our beloved daily fantasy English Premier League tournaments, with Fanteam rolling their €2 and €20 Monsters with 60K in prizes. The slate comprises all 10 matches of the gameweek, don’t let the early kick-off catch you off-guard!

Gameweeks after the international break tend to be rather unpredictable with players arriving after their national teams’ games in different moods and form. Despite that, it’s hard to look past Manchester United playing at home against the league’s worst side in terms of expected goals conceded (15.02) and expected goals created (4.01) - West Bromwich.

These are the best odds this week, and I am sure you have to create at least a few teams with captains from United if you multientry. I would fill these teams with rather differential players to stand out from the United captaincy crowd - I believe the likes of Martial, Bruno and Rashford to be around 35% owned and combine for 40%+ total captaincy selection. The only niggle I have here is United’s poor home form in terms of creative output. In their last 4 home outings, they have fired 44 shots (20 in the box) and have a meager 3,77 xG. Compare it to Liverpool’s 69 (45) and 10,01 xG, for example.

Bruno (14.7) is the obvious choice here with his penalty duties and his overall influence on the way the team plays. We should be expecting at least a goal and assist from him given his price tag, and I honestly think he is more than capable.

Martial (13.8) is primed to spearhead the host’s attack while Rashford is rated an injury doubt. That tips the scales in Frenchman’s favor for when picking another attacking asset despite Rashford’s recent flying form. Martial has fired only 2 shots in 199 minutes of football he has played across the last 6 gameweeks having missed 3 games through suspension. This might be just the game to better his 0.24 xGI and 13 penalty area touches.
*post press-conference update: Rashford is fit to play against West Brom

Telles (11,1) is an intriguing pick and even a sneaky captain consideration. With all eyes on United’s attacking group, this man, who is said to be fully recovered from COVID, might be flying under the radar. He is on set-piece duties now for United and with fantastic odds to keep a clean sheet and a decent probability of an attacking return, he makes up my trio.

Also consider: Everton away to Fulham, who are one of the league’s worst defences. 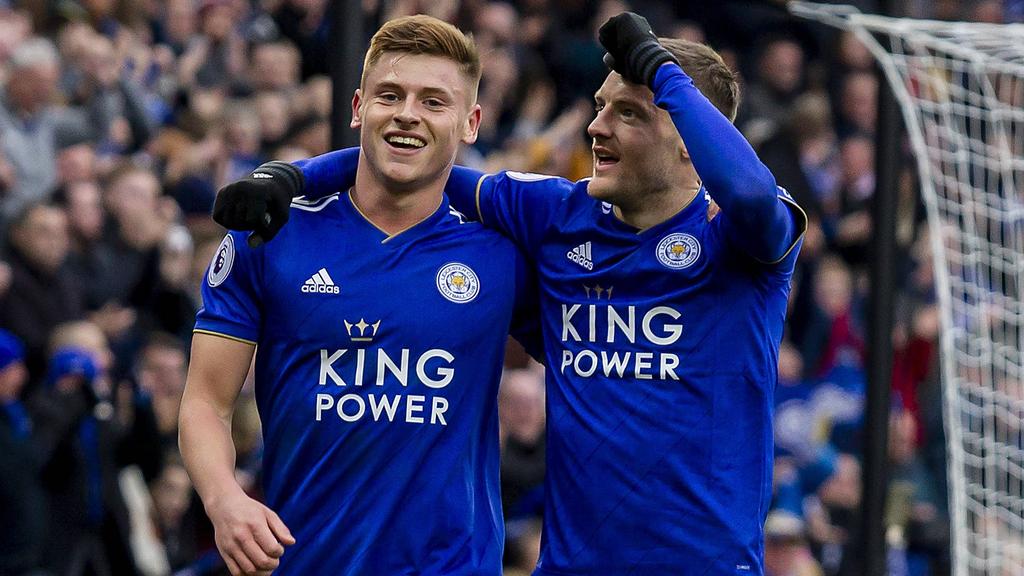 Liverpool’s dismal defensive situation makes me turn my head towards the league leaders and their top-6 specialist - Jamie Vardy (9.0). He is just the man to take advantage of a weakened backline in the absence of Van Dijk, Gomes and Alexander-Arnold.

Having played only 380 minutes across the last 6 gameweeks, Vardy has fired 13 shots (12 in the box), has had 10 big chances scoring 6 goals and boasts 5.78 xGI (leads league). Beware, only 2.7 is non-penalty xG, but I wouldn’t bet on him not getting another one against the Reds this week.

We can’t be sure which combination upfront Rodgers will settle on but keeping in mind the Safety net rule on Fanteam, I will pick Barnes (8.0) for my value double-up from Leicester. He is 0.2 cheaper than Maddison, who will come in in his stead if the former fails to start.

Barnes has impressed of late with 18 penalty area touches (2nd), 9 shots (6), 1 goals and 0.98 xGI (3rd) across the last 6 gameweeks. Maddison is on set-pieces and will most likely play in an advanced role should he feature, so I am pretty confident in both of my picks complimenting Vardy.

Looking at the EPL table, Brighton are nowhere near where they should belong in terms of the quality of football they are showing. Aston Villa are also flying high this season, having put Liverpool, Leicester and Arsenal to sword.

Many will be siding with the hosts remembering how convincingly they had dispatched Arsenal a fortnight ago. I have nothing against Villa, in fact, I will be picking their assets in some of my teams. But overall, I see Villa’s ownership significantly higher in what I see as a rather even matchup. This exactly the reason to pick Brighton player who would hardly be more than 5-10% owned.

Maupay (8.7) is the heart and soul of Brighton’s attack leading the team in every attacking metric across the last 6 gameweeks. 38 penalty-area touches, 16 shots (13), 3 big chances, 3,36 xGI and 2 goals scored. He is the team’s designated penalty taker and might capitalize on Villa’s unconvincing defensive display on home turf - they have allowed 7.08 xG and conceded 56 shots and 9 big chances in their last 4 home outings.

Lallana (7.5), somewhat surprisingly, sits 2nd with 25 penalty-area touches across the last 6 gameweeks and might end up on set-pieces with Trossard, Gros and March set to miss out most likely.

It is worth noting that he has played full 90 minutes in his last 2 outings which might indicate he is finding his feet in the new surroundings. He is not shooting enough for my liking (5 shots in his last 6), but he might be an overlooked punt that will link up well with Brighton’s best striker.

One of the best clean sheet this week and one of the best defenders in league who is on set-pieces. Zouma can head those corners in and Newcastle have been bad defending set-pieces under Bruce (26 attempts conceded after set-pieces, league's 2nd worst result).

Undervalued given their defensive philosophy and Burnley poor attacking form.

Enjoy the Classic early kick-offtournament on Fanteam  this week, and may your picks lead you to glory!