The Euros begin tomorrow! I am very excited if you can not tell! Some of my fondest games historically come from this great tournament, be it Ireland beating Italy in Lille, Croatia and Netherlands thumping their groups in 2008 just to fail at the next stop or most importantly for me – Portugal endlessly knocking England out! There is no Irish representation this time and my go-to in such scenarios is whoever is facing England, but I am fearful they will actually do quite well this time. So this time around, I am funneling my Euros passion through my other passion – Fantasy Football. In particular, FanTeam, where I will be hoping to win some in their €1,000,000 GTD Euro 2020 game.

I will be entering two or three teams and there are a few teams I am targeting and plan to stack up on. None of these will break your budget,  so maybe some of these will slide into your teams as the final two days of tinkering begin. Any stats I use in this article are courtesy of fbref.com.

As we know, Italy have the best odds of keeping clean sheets in the Group Stages which has me liking the defensive double up. We also get their team news ahead of the MD1 deadline allowing us to avoid a selection disaster from the get-go. I like Bonucci as he is a 90mins man, can get some shots on goals from corners, and has a higher likelihood of starting all 3 games.

Spinazzola, on the other hand, gives you that fun attacking threat. In 27 Serie A matches for Roma this season, he has 2 goals and 4 assists with a further 3 assists in the Europa League. While he flies up the wing for Italy, averaging 0.22 shots on target per 90mins. While Insigne has been a beast this season for Napoli, with 19 goals and 8 from 33 starts.

For £19mn this trio is a bargain. I also like Immobile but I prefer other striker options who are assured of three starts like Lewandowski. While I also like Donnarumma,I have my eyes on another keeper which you will see in my next stack.

Of course, I must caveat that this depends on Covid infection craziness. But let’s just assume the game goes ahead with no hiccups. Like Italy, Spain have fantastic clean sheet odds (50%, 45% and 57%). I fear even more rotation in their defence though and a lack of friendlies hinders our ability to forecast their starting XI. Hence why I am opting for Simon in goal over Donnarumma. If their first game is somehow suspended due to Covid, Austria's Bachmann at £4.0mn is the perfect backup as they face North Macedonia in MD1.

While Jordi Alba may be 32 years old, he still scored 3 goals in the La Liga and had 5 assists this season. In 63 caps for Spain, he has 8 goals and 12 assists with a shot on target rate of 0.3 every 90 minutes. With Torres, we know from his purple patch at the end of the season with Manchester City, that when he gets an opportunity, he shines. In 8 starts for Spain, he has 6 goals. He is also the most nailed attacker. Olmo and Oyarzabal are primed to be rotated, as are Morata and Moreno.

For me, it is all or nothing with Spain. With Sweden, Slovakia and Poland, it is a group they can dominate but at the same time, they are a team in transition. So I will be tripling up on their assets and fading them in my other teams. £21.5mn all in, happy days. 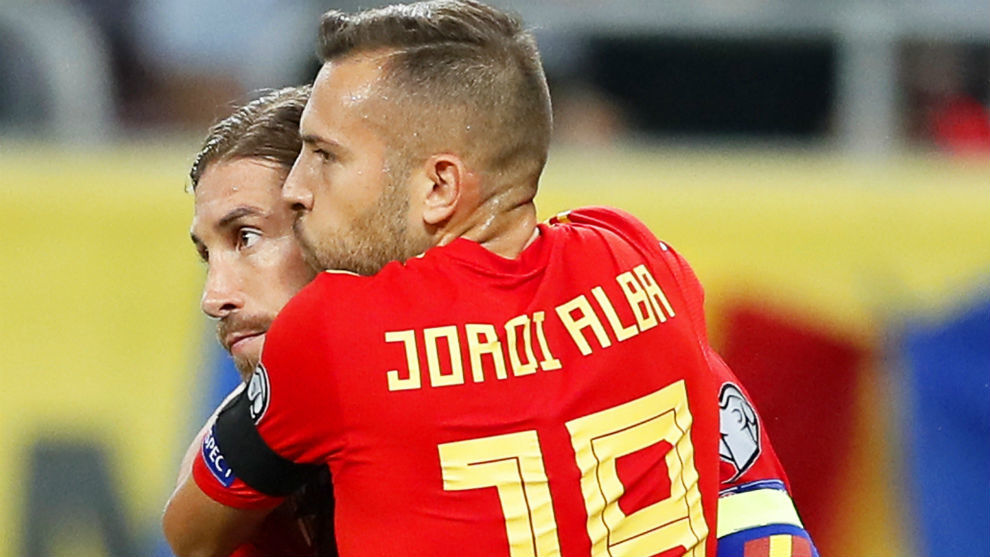 I think the first pick in many teams is Lukaku. Belgium are flat-track bullies with Lukaku being their talisman. 57 goals and 9 assists from 77 caps. While he scored 24 goals and assisted 11 on the way to winning the Serie A with Inter Milan. Need I say more?

But like gathering truffles, unearthing other assets can leave you digging around endlessly. De Bruyne is out the first game through injury, he may just get the one group game. Eden Hazard has had an injury-plagued season and his time will be managed. His baby-bro can deliver the goods, but £10.5mn for a wing-back is steep. While Mertens, Trossard, Carrasco and more will be rotated.

Hence why I landed and Meunier and Castagne at £5.5m apiece. On the opposite flank Hazard sets you back £10.5mn when you can get this pair for £11mn. And you can expect clean sheets and attacking returns. From 45 caps Meunier has a brilliant 7 goals and 12 assists, hitting the target 0.3 times per 90mins.

Castagne has a tidy 2 goals and 1 assist from 10 starts with Belgium. The risk is though knowing who will start each game, but I am willing to roll the dice that Meunier will start the first two games with Castagne getting the third, whom I really fancy up against Finland.

£22.5mn on a triple up of one of the tournament's favourites in an easy group? Bargain.

Denmark are hotly tipped to do well in the Euros and have the advantage of playing all their group games in front of home fans. This they have a 51% and 43% probability of keeping a clean sheet in their first and third game respectfully. Schmeichel may be pricey, but with clean sheets and saves, I reckon we may get one double-digit haul, while Maehle loves to get forward from the back. 2 goals in 10 caps and averaging 1.03 shots on target every 90mins, he is very appealing.

Eriksen may have had a season to forget, but as an Irish man, I am fed up of this Dane crushing my Irish heart. As he just hits another level on the international stage. 29 goals and 12 assists in 84 caps, set pieces and appealing fixtures. He was one of the first names on my team sheet.

What I also like about Denmark is they only have 26% odds of winning against Belgium in MD2. So when many will be rotating in MD3, I reckon they will have to go for it on the final day against Russia with a full-strength team. But of course, you then need a team that they rotate well with, like the next team I discuss. For £17mn, I think this Danish squad can give your team a really solid core.

Ukraine play North Macedonia, the worst-ranked team in the tournament, in MD2 which makes them the perfect rotation team with Denmark. With clean sheet odds of 47% in MD2, you will find only France having more favourable odds.

Hence, Bushchan in goal is a great rotation option with Schmeichel as is Karavayev with Maehle. But that is not all that this team offers. This is probably the weakest group in the tournament, so Ukraine will fancy their chances in qualifying for the last 16. Karavayev offers both attack and clean sheets playing as a wingback. In 31 caps for Ukraine, he has 1 goal and 8 assists.

Malinovskyi has settled in Atlanta, having a thundering season with 8 goals and 12 assists in 22 starts (36 appearances) in the league, helping them clinch 3rd spot for the second consecutive year. With 6 goals and 5 assists in 35 caps for his country, it evidences he can carry this onto the international stage too. At £14.5m, this trio is a bargain.

Netherlands are a crazy team. Their camp is in turmoil with rumours of them striking as they are so discontented with their manager. So like Spain, I would load up or avoid. But I would only double-up in this case and in their attack in particular, as from past experience we know the Dutch enjoy an entertaining goal-fest.

At £8.5mn Depay is perhaps the bargain of the game. He is classified as a midfielder but plays as a striker and has 23 goals and 17 assists in 59 caps. Having ‘flopped’ at Manchester Utd, he settled at Lyon, scoring 20 goals this season and is looking like he may be moving to Barcelona this summer. So this will be a big tournament for him.

I would double up with his Liverpool teammate Wijnaldum (£7.0mn). He plays a completely different position for his country and has notched 21 goals in 70 caps. With them being in a kind group, I like his chances. However, their defence is a shambles thanks to injuries to Van Dijk among others. They could well keep clean sheets thanks to their opposition being poor, but I think there is better value elsewhere.

Yilmaz (£4.5mn) and Calhanoglu (£5.5mn) are also two great attacking bargains. Yilmaz’s 16 league goals for Lille helped them win Ligue 1 this season while his 23 goals for Turkey represent a healthy 0.57 goals every 90mins. While Milan regular Calhanoglu offers both goals and assists, with 12 and 10 respectively for his nation in 54 caps. Equating to an attacking return every 0.51mins. I am not so keen on the Turkish defence but Celik, also from Lille, offers attacking threat and fantastic value at £4.0m. He is good bench fodder ahead of MD3 mass rotation where Turkey face Poland in an important clash.

They are the teams I will be stacking up on to build a strong core for reasonable value before peppering my team with the premium options of Kane (£13.5mn), Mbappe (£13mn), Ronaldo (£10mn) and so on. Perhaps you have a few others of your own, but that’s part of the reason why this game is so exciting.

I usually sign off wishing everyone good luck, which of course I do. But I also want to wish extra luck to Croatia, Scotland, Czech Republic and if they fail to deliver, the runners-up of Group F!