Fanteam Million: Picks for Double GW36 and Beyond

The finish line is in sight for all English Premier League clubs with many questions still begging an answer. The title race is on and there is still a lot of uncertainty as to who is getting relegated. All the English clubs bar Liverpool are out of European competitions, with Manchester City, West Ham and Leicester losing their semi-finals in midweek. As always, there are beach teams in the mid table already with not much to play for, but what is different this season is that some teams have more games to play in that final stretch. I will be taking a look at some of these teams to single out targets that can help you make up ground and get into the ITM zone in Fanteam's Million season-long game.

As most of you know, paid transfers on Fanteam are easier to make up for due to the scoring matrix, the +1 point for a full match played in particular. It might be prudent to go for a paid or even a couple of paid transfers before this crucial double gameweek in order to climb the rankings. It is this make-or-break time now with only three or four games to go for many clubs (Manchester United is the only club with just 2 games left). Some clubs have 5 games to play though, and it is of extreme importance that you have as many players from these teams without hurting the overall structure of your team for the final stretch. Firstly, I will look at the clubs with 5 games remaining, then I will peek at those with four games. Honestly, I don't think any of the clubs with three or fewer games remaining deserve any attention, so I will skip them.

Arguably, the team with the best run out till the end of the season (EVE,NOR,wat,che,SOU). The problem with Leicester is that the European spots are out of reach and the relegation threat is nonexistent. Another issue might be rotation which makes it hard to pinpoint anyone, really.

Barnes and Lookman will be rotated, Vardy is not in his best form by a mile. A defender or the team skipper Schmeichel in goal could be a recommendation, but Leicester have been of the worst defenses this season, ranked 18th for xGC (1.69/90).

This leaves us with slim pickings, really. Maddison (£7.0) should play every one of the remaining games if fit and he leads the team with 0.41 xGI/90 across the last 6 games played. He takes an average of 2.19 shots/90, creates 2.33 chances/90 and is on set-pieces. He is owned by 14% of the managers which is good news for anyone trying to catch up.

It might sound strange after such an abysmal season, but I think of all teams with five games left, Everton is the one with the most number of good picks.

Pickford is a great shout, in my opinion. Owned by only 11% of the managers, his price is only £4.9 as well. The team is fighting for survival and Lampard has shown us that his recipe for success is defending for dear life, hoping to scrap a 1:0 victory.

Everton play lei,wat,BRE,CRY,ars and all those games bar Arsenal look winnable on paper. Leicester and Watford attacking numbers are low, while Brentford and Crystal Palace might lack motivation. In their last six, Everton are ranked 11th for xGC with 1.25 per match. Pickford is a competent shot-stopper, which means additional save points and he seems to have cut out all the silly errors leading to goals.

Everton aren't scoring much either, averaging barely over 1 xG/90, but one man really stands out from the pack — Richarlison (£6.9). Owned by just 7% of managers, he is 2nd only to Jesus in terms of xG/90 with 0.62 across the last four gameweeks. He is also 2nd in terms of shots/90  with 3.63. He usually completes the full 90 minutes (the last game against Chelsea was the exception rather than the norm) and is on penalties.

Gordon (£4.9) can be a great enabler if you are on a wildcard. The young academy product has 1.07xA and 9 shots in his last six, playing on the wing.

Of all the teams with five remaining fixtures I like Villa the least. They have to play Burnley, fighting for their lives and feeling rejuvenated under the new manager, twice, Liverpool at home and Manchester City away in the penultimate week of the season.

Watkins (£7.1, 18% owned), their 90-minute man, has found a bit of form of late with 2 goals and 0.49/90 in his last five. The ownership is a bit too high for my liking and I doubt Liverpool and Manchester City are the best opponents to score against. Martinez (£5.5) in goal deserves a mention, but I believe there are better options in this price range. 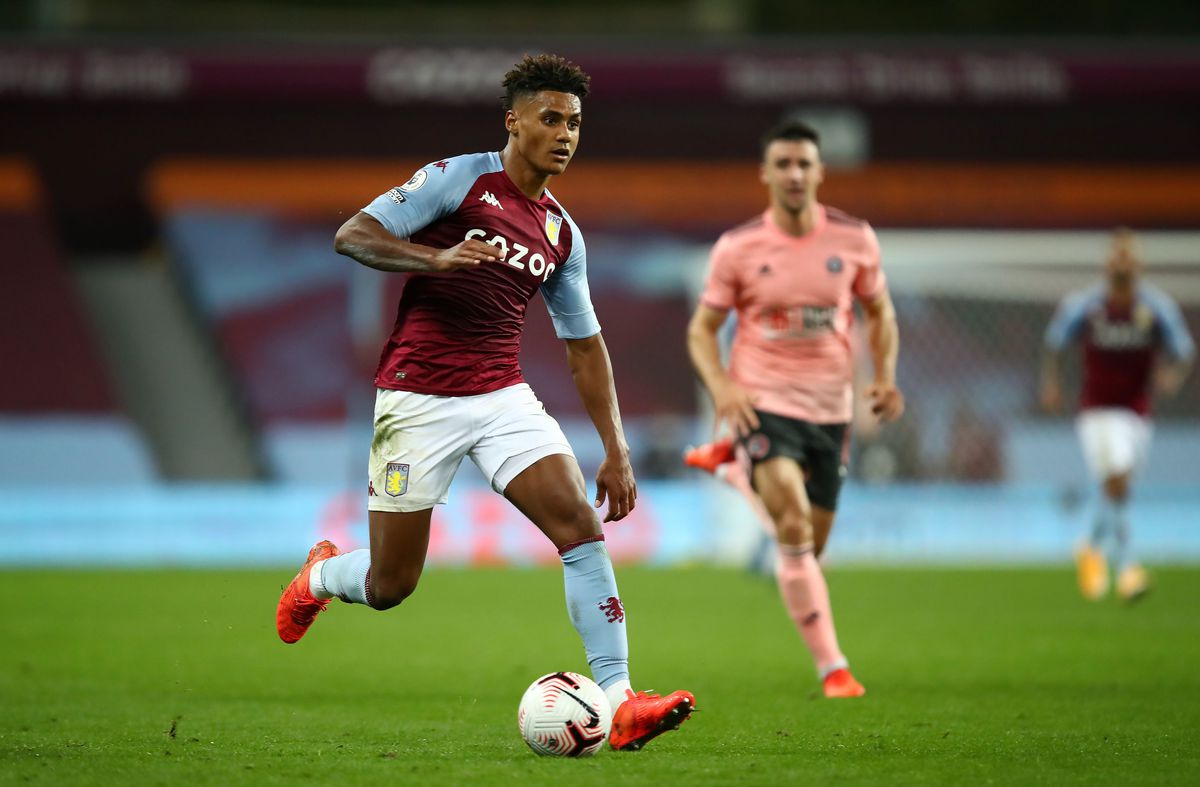 I believe Cancelo (£7.1) and Robertson/Trent are vital for the final stretch of the season. Cancelo and Trent are 50% owned and going without the pair may prove costly. If you are looking for a more differential pick — Robertson or the ever-present van Dijk is the answer. The duo has 4 shots each in their last five games.

Another man who is essential for his team is De Bruyne (£7.1). The Belgian wizard is owned by only 9% of managers going into the final stretch of the season. In his last four games, he has averaged 3.75 chances created and 0.39 xA/90. He has 2 goals and 7 shots in that timeframe as well. He may also serve as a cheeky captaincy pick for GW36 when City play Newcastle at home and travel to Wolves. I don't see anyone else from the attacking group who would play all the five remaining games, so I would avoid them all, in all honesty.

As for Liverpool attackers, Mane/Diaz/Jota will also see some rotation, so that leaves us with the heavy-ownded (64%) Salah.  TOT,avl,sou, WOL are the remaining fixtures for the Reds. I am sure many will have him as captain for the double this week (TOT+avl) as he is as sure starter as any with 12 shots and 1.38 xG since GW30, numbers only Jota can better.

This duo, fighting for the Champions League spots, is where some less obvious and less owned picks can be found.

Saka (£7.0) leads both teams in xG/90 since GW30 with 0.41. He is taking 3 shots on average per game and is on penalties. I believe he plays all the remaining games; the young gun has 8 goals and 10 assists in the league this season and I am sure he can score at least two more in the remaining set of fixtures. His ownership % is rather high at 40, but he still can make a difference. Ramsdale (5.2) is a solid pick in defense and Gabriel (5.3) may contribute via a set-piece. Holding at £4.5 can serve a cheap enabler for those to looking to save a few quid.

Alonso (£5.6) is the first name that comes to mind with stellar 0.49 xGI for a defender. Sitting in 21% of squads, he can still be a slight differential. His partner James is more heavily owned at 33% and is more prone to rotation in that right wing-back slot.

Not the best fixtures for Spurs to close off the season (liv, ARS, BUR, nor) but they have everything to play for and we know that both Son and Kane start every game come hell of high water. They are both in top-6 in the league for xG and xA and the combo can hurt even such mamoth teams like Liverpool away. In fact, theses types of game might even suit them better with Kane dropping deep and looking to hit a pinpoint pass to Son running in behind high defensive lines. I wouldn't ditch them now if you have them.