Welcome to the last FanTeam Monster article of the season! With a huge €100,000 prize pool, there’s a big opportunity to make a lot of cash here. I delve into many different avenues to pick up points.This article will be structured slightly differently. With all 20 teams in consideration, I suggest multiple stacks which may be beneficial, and you can pick a few from there.

This is my favourite stack of the lot. Given their goal-scoring form combined with the dire state that Southampton are currently in (to put it into perspective, if Everton better their result they will finish above them), I have high hopes for the Leicester assets. Particularly the attacking ones.

Whilst Leicester have looked far more defensively resolute in the past few weeks, their vulnerability from set pieces still remains apparent. Given Southampton possess James Ward-Prowse, the best set piece taker in the world, I’m staying clear of their defensive assets.

Southampton (apart from the game against Liverpool), counter press in a very aggressive manner. Their 4-4-2 has been exploited for a while now given the lack of central coverage, which James Maddison ($10.8m) can thrive in. The amount of space they leave in behind gives the likes of Jamie Vardy ($10.5m) and Harvey Barnes ($10.3m) ample opportunity to haul.

The trio are in fantastic form, and given the King Power is hosting the match, after a below par season I imagine, Leicester will want to give their fans a good send off in what will be a very relaxed atmosphere. That usually bodes well for a multitude of goals.

What’s worse is that Southampton aren’t conceding in unfortunate circumstances. They are conceding a multitude of high-quality chances. Since Gameweek 28 their xGC is 23.3, the worst in the league.

As stated, the vulnerability given the amount of space in behind is what sways me to giving Vardy the captaincy as well. Southampton concede more chances in central areas (56%), than any other team. This bodes well for Vardy as well as Maddison. Their right-side which Harvey Barnes will be attacking is far more susceptible to conceding chances than the other flank.

The Leicester Number.10 or more progressive Number. 8 can be used to isolate the more defensive man in the Southampton midfield by consistently floating between the lines. The space this creates for Leicester in central areas could be very damaging.

My second favourite stack. A Liverpool side with nothing to lose in some sense, given their destiny is out of their hands could be relentless.

I have a very particular preference when it comes to the trio. Double defence and Sadio Mane ($12.7m).

I’ll start with Mane who will be the vice-captain of my side. He’s playing in a different role than what we are used to. Whilst not exactly replicating Roberto Firmino in the way he went about his business as a False-9, there’s a lot of similarities. He drops deeper to connect play especially when the Liverpool Number. 8’s isn’t in very progressive positions. He’s played far more centrally finding himself in a lot more goal scoring opportunities. He’s using his movement to drag opposition Centre-Halves into areas of the pitch which aren’t desired as the holding midfielder must act more as a screen. Should they follow Mane it causes a lot of problems in terms of their defensive structure.

Since Gameweek 32, Mane’s Goal Involvement is 33%, where he’s been solely deployed in this role. Whereas for the season it’s 25%, the position at Left-Wing earlier in the season clearly affected him negatively given his decrease in explosiveness.

Mane scored a brace on the last day against Palace, and as seen earlier in the season is the man for the big occasion. I have my doubts about Salah starting and as such can see Mane starring.

The double defence is expensive with all assets $10m+, but out of all the clean sheets this looks the most likely to me. Wolves have the 2nd worst xG in the last six games and look so flat on the eye test. Their front-three lacks fluidity and any sense of potence. With how much I expect Liverpool to have the ball and the lack of pace Wolves possess, even catching Liverpool on the counter attack will be difficult.

Further, the defensive assets all have attacking potential. The full-backs have huge assist potential and the centre-backs are huge threats aerially. With not too many games looking like they will have an obvious clean sheet, they money is well spent here for the security it provides. 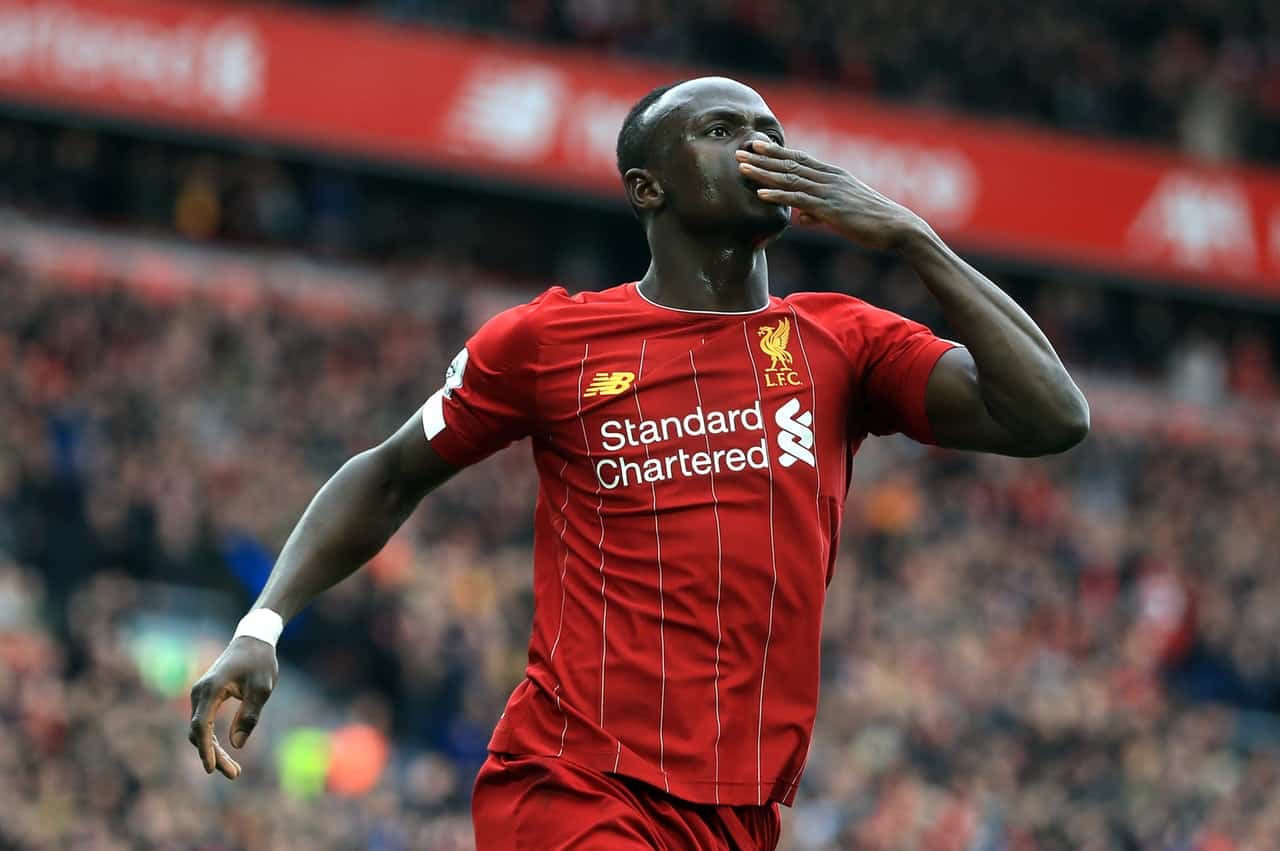 Now I completely understand this play won’t be for everyone but most won’t even have considered it, so I thought I’d shed some light on it.

Spurs are likely to have a lot of shots on target against Norwich. They had 8 against Burnley in their last fixture where Nick Pope made 7 saves. I expect them to take even more this game given Son is chasing the golden boot and Kane usually takes a lot against the bottom sides.

If Norwich were to hold Spurs to just two goals, which is very possible in my opinion, and Gunn made the same amount of saves as Pope, he would return 4.2 points. Not bad for a player who costs $5.0m and acts as an excellent facilitator for the rest of the squad. There’s certainly some food for thought there.

In terms of the match, I’m not actually too bullish on Spurs this game. This is more of a gut feeling than anything but given they only need a point, I think the clean sheet would be a priority rather than scoring (opposite of the Arsenal game). Norwich performed well against Wolves.

Again, this is not a strategy backed up by large sets of previous data. Just an alternate route to get an enabler. If you weren’t to back Spurs, it makes sense to go all in and back the opposition keeper.

Another triple stack which I really like. The pricing, similar to Leicester’s attacking assets, seems to be slightly cheaper than it should.

Leeds must better Burnley’s result in order to avoid relegation. However, with Dan James and Luke Ayling unavailable due to suspension, it’s looking unlikely. Combined with the fact that Brentford are in very good form and will want to give fans a nice send off to round up what’s been a great season. It’s looking even more unlikely.

Starting with Ivan Toney, I really fancy him as a punt. He’s nailed to play 90 minutes and given a Brentford win, which is what we must assume for the triple stack, his floor points are 3.3. As most will do when they stack their defensive duos, their second is only really operating at a 5.3 maximum gain, removing attacking threat. It’s a fantastic start to have with just two points difference.

Toney could very easily return twice. Leeds will set themselves up in a manner which is slightly more open than usual as they will likely have to score at least two to beat Brentford. They won’t go down without a fight and this unveils a huge opportunity for Ivan Toney. When Leeds do play in a more expansive manner, they find it very difficult to cope with the opposition’s attacks without numeric superiority. Their defensive players aren’t at the level they should be (their best is unavailable) hence why they were getting beat by such margins earlier in the season.

Since Gameweek 28, Ivan Toney is ranked 2nd for xGI (9.6) only behind Harry Kane. The underlying statistics usually come to fruition at some point, and he performs well against the lower sides in the league.

In terms of the defence, Leeds certainly poses a threat going forward, but with the form of the Brentford at the back I’m confident of returns. The likes of Pontus Jannson ($7.3m), Rico Henry ($7.1m) and Kristoffer Ajer ($6.9m) are all very cheap in relative terms and all have attacking capabilities.

Manchester City vs Aston Villa – This has provided me with a real conundrum. Villa have looked poor as of late against sides outside of the top six. A lackluster counter-press, a sense of vulnerability to combinations in wide areas, which City are unbelievable at, and poor progressive transitions.

However, in a game against Liverpool where the ownness wasn’t on them to dictate they were far better, the press and creative aspects especially. This is what they will likely do against Manchester City, and Gerrard is lying if he says he hasn’t got the extra incentive to produce a performance.

City have injuries and are susceptible to conceding poor goals. Ederson a major factor in that. Danny Ings has looked quite sharp in recent weeks, and I really wouldn’t be surprised if he gets himself one or two excellent opportunities. Especially given their price I would avoid City’s defensive assets.

In terms of the attacking assets, it’s a difficult one. It’s difficult to solely pick one and be successful, because if they win, I imagine it will be comfortable rather than them having to grind it out. The start of the match will be of the upmost importance. If City don’t get one early, psychologically they haven’t had the best of times under pressure recently.

The way I see it is if you back them you get both Kevin De Bruyne ($13.4m) and Raheem Sterling ($13.3m), the form players or you avoid City entirely.

Chelsea – Thomas Tuchel stated that he would give a lot of the fringe players a chance in this game. You don’t want to be paying premium prices for players who will play in a team which will lack some sense of fluidity at least. Again, given the price tags of these players I think they are an easy omission and your most straightforward choice regarding the premiums. Chelsea looked very flat against Leicester, and yes this is Watford but with a much weaker outfit at their disposal.

Cristiano Ronaldo ($10.4m) – There’s little to no talk about this man but I’m expecting big things. Well rested and he will believe he has an outside chance in the golden boot race, against a Crystal Palace side who just collapsed against Everton. Three goals in his last four games and even if Manchester Utd have one of those days which they did at Brighton (very unlikely), he can always score goals.