Firstly, I feel it’s important to say that even though the double gameweek will fill us with excitement and temptations to jump all over those who play twice in gameweek 24; I don’t feel that you NEED to bring in a double gameweek player, there are lots of promising options with a single gameweek too.

However, for those managers seeing gameweek 24 as a big green light to make gains through the double gameweek players, here are some of my favourite players from the teams with a double:

In comparison to games in recent weeks, I feel that the three upcoming games will definitely be more challenging for City. However, they are in fifth gear at the moment, playing some excellent football and looking every bit like a team that has one hand on the Premier League title. In the last 14 matches, City have kept 11 clean sheets and hold the record for the most clean sheets this season (13). The issue with City is Pep's roulette with the Champions League knockout rounds on the horizon is that we might see rotation throughout the squad week in week out, but all we can do is make educated guesses and hope that Pep's kind to us. City are likely to have three double gameweeks in the next four gameweeks and with this in mind, I feel that having three of their players is near enough essential for all FPL managers.

9 goals in the last 11 matches, has the highest xG (3.84) and scored the most FPL points over the last 5 gameweeks (59). The German midfielder has been something of a revelation in recent weeks, his intelligence and movement has been fantastic, he seems to be in the right place time and time again. He was subbed off on the hour against Swansea in the FA Cup suggesting he’ll be starting against Spurs this weekend.

8 goals and 6 assists for Sterling this season, it hasn’t been anything special given what we’ve come to expect from the City winger, but I feel like he’s starting to show signs of turning things around. Like Gundogan, Sterling was also subbed off on the hour in the FA Cup match against Swansea suggesting he will start against Spurs. He can be frustrating to own at times but with 4 goals and an assist in his last 5 games, he’s in decent form.

Tread carefully on this one, Dias missed the game against Swansea due to an apparent illness. But as defenders go, Dias has been the stalwart in the heart of the City defence. His reliability of a starting spot in a team that’s keeping clean sheets for fun has more than made up for his lack of attacking returns.

Others: Given City’s defensive record of late, you can’t really go wrong with Ederson (£6.1). He’s guaranteed to play and there are even murmurs of him stepping up to take the next penalty (though I very much doubt it!). It’s also worth noting that Gabriel Jesus (£9.2) has scored 4 goals in the last 3 league matches against Everton, he could be a decent punt despite expecting him to start from the bench against Spurs; but given his record, it’s the Everton game we’d want him for right?

The three upcoming fixtures for the Claret’s look fantastic, particularly from a defensive perspective. Burnley have scored the least goals in the whole of the league so far this season (14), so it would be understandable if you gave their attacking assets a swerve.

7 clean sheets this season, Pope is Burnley’s highest-scoring player in FPL with 102 points. Barring injury, he’s pretty much nailed and we know he’s capable of double-digit hauls from time to time.

The defender who falls in between the budget picks of Lowton, Taylor and Pieters and the more premium-priced Tarkowski. Mee has two goals to his name already this season and picks up occasional bonus points. He looks the safest pick if you are looking for a Burnley defender.

A goal against Brighton in GW23 might just be the fuel to re-ignite Gudmundsson’s season/career. He’s a player that certainly possesses the potential to score goals on his day, admittedly, he’d be a risky transfer but one that possesses huge differential potential given his 0.1% ownership.

Others: Matt Lowton (£4.5) is a nice budget entry to the Burnley defence, I also like Erik Pieters (£4.4) given that Charlie Taylor is currently out with injury. That said, the caveat for a move to Pieters is that Sean Dyche has recently hinted that Taylor was close to a return. Yet Taylor didn’t feature against Bournemouth in the FA Cup midweek so it might just be worth taking a look at Pieters who offers frequent assists.  Finally, Ashley Barnes is my pick if you fancy a punt on one of Burnley’s frontline, he’s on penalties and just £6.0. 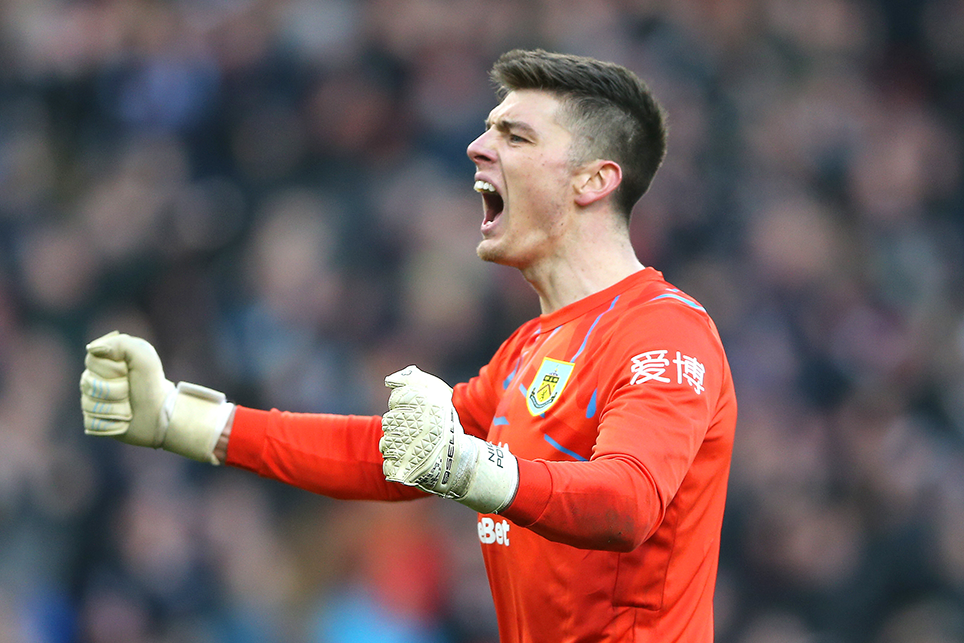 A mixed bag of fixtures for Everton over the next couple of gameweeks. The Fulham game will appeal to managers whilst the Man City and Liverpool will have them doubting move to the Toffee’s players. Everton have only managed 4 clean sheets all season, so any hope of them keeping more than one clean sheet in the next three games is a little unrealistic. That leaves us looking for where the attacking returns are likely to come from.

He’s been absolutely fantastic this season, 13 goals and 5 assists in the league alone. Calvert-Lewin just has a knack of being in the right place at the right time, everything you want from a centre forward. But you might want to hold on to Friday afternoon’s press conference to see if he’s fit to start against Fulham this weekend, he was substituted against Spurs midweek seemingly clutching at his hamstring.

The only Everton defender I’d be considering given their lack of clean sheets is Lucas Digne, he has 7 assists so far this season and finds himself in some very attacking areas. He’s a constant outlet down the left side of the pitch for Everton and knows how to whip a mean cross in to the box. He might be a little pricey, but we have money to burn this season right?

In my opinion, he’s Everton’s key man, when he was suspended several weeks back their attacking threat was almost non-existent. I feel like Richarlison has to start adding to his 2 league goals at some stage and his goal in the FA Cup this week might be the start of something. If Calvert-Lewin is injured and misses the Fulham game, then there is every chance that Richarlison starts up top.

Others: Another option to consider if Calvert-Lewin is ruled out in Friday’s press conference is Josh King. At £5.5 and with just 0.1% ownership, he could be a huge differential punt but one I’d personally be avoiding, I think. Gylfi Sigurdsson (£6.8) however is very much worth consideration given his recent appearances — he was excellent against Spurs in the FA Cup and notched himself a goal and assist. He’s owned by just 1.4% of managers and on penalties.

Goals haven’t been easy for Fulham this season, managing only 17 for the season so far (3rd lowest in the Premier League). In recent weeks however, they haven’t been an easy opposition and I expect this to continue over the next three games in GW24/25. That said, if Fulham are to have any chance at surviving relegation, I feel they need to get at very least 4 points against Burnley and Sheffield United.

He’s Fulham’s highest-scoring player with 77 points and could be a great punt, especially for those considering the bench boost chip soon. At £4.5, would it matter if Areola covered the bench long term? I feel like Fulham have every chance of keeping a clean sheet against Burnley and Sheffield United over the next two gameweeks. Fulham will certainly believe that they can keep clean sheets after keeping an inform West Ham team out in GW23.

Dirt cheap with three decent games ahead. Lookman will have something to prove when he returns to Everton this weekend whilst he’ll fancy his chances against Burnley and Sheffield United too. In the last 5 gameweeks, Lookman has the second-highest xA in the whole of the league (2.38), only bettered by Man United’s Bruno Fernandes (3.34). You could do a lot worse than taking a punt on Lookman this week!

Other: I personally don’t see any other Fulham assets that I’d be recommending this week despite the promising upcoming fixtures. Those brave managers who love an outrageous punt might look at Ivan Cavaleiro (£5.3/0.1% owned) or Bobby Decordova-Reid (£5.3/1.1% owned) but personally I’d just avoid. Areola, Lookman or nobody.