No beef here - just a good old-fashioned debate! The last debate was the debate around whether Son was the right captain for GW23 — it turned out it didn't matter. Son and Bruno matched each other — so everyone's a winner! The FPL World moves on and we have a whole new group of debatable subjects to discuss. Let's talk about some of the key ones and also touch on a few subjects where there is no debate whatsoever. I was lucky enough to be graced by 2 more FPL managers from the World of Twitter this week: the self-proclaimed "FPL Veteran" @CazzaFPL and a member of the @FPLWildcats - @rey_quraishi.

If you are forced to sell one, which one? Bruno Fernandes or Mo Salah?

Double Gameweek 26 is on the horizon — and particularly for those managers who are attempting to run through the blank in GW29 before wildcarding — big decisions have to be made. Tottenham are likely to have a double gameweek in 26 and also are likely to play in the blank gameweek 29, which means that their assets become crucial to managers. The problem is that with Reguillon injured, they only have 2 assets — Harry Kane and Heung Min Son.

Getting one of them or even both of them into teams in time for double gameweek 26 might mean that sacrifices need to be made elsewhere. Two candidates stare you in the face. Bona-fide FPL juggernauts. Mohamed Salah and Bruno Fernandes are hugely expensive and with the double gameweeks occurring regularly for other teams alongside Spurs potentially having the best double in Gameweek 26, we are unlikely to be captaining either of them in the near future. Therefore the temptation increases to use one of them as a cash cow to benefit our teams and get those Spurs assets that we might want to triple captain. But if you have to sell either Bruno Fernandes or Mo Salah — which one? Let's debate it and see which side of the argument you fall.

"I think it's worth noting how ridiculously difficult this decision is first. Both Bruno Fernandes and Mo Salah are the penalty takers and the talismen for their respective teams. Despite Bruno having slightly better underlying stats this season, I'm leaning toward selling Bruno. The simple reason for this is the better fixtures upcoming for Liverpool over Man Utd.

In the upcoming gameweeks, both teams play Chelsea. They each play a poor defence with Liverpool playing Sheff Utd and Man Utd playing Crystal Palace – and they each play a team with good underlying defensive numbers with Liverpool playing Wolves and Man Utd playing West Ham. Gameweek 27 is the one that potentially swings the balance towards holding Salah and selling Bruno.

Salah is a strong captaincy option in Gameweek 27 if doubles are not confirmed for Man City as they play Fulham at Anfield – while Bruno faces up against what could be the best defence in a decade in the Premier League in a Manchester City team that are giving up next to no clear chances per game.  Mo Salah’s seasonal underlying stats have regressed to a level that is much lower than what would be considered normal for a player of his standard, but it's well documented what he is capable of and he possesses more goal threat than Bruno does – he’s still the top goalscorer in the league.

It's a close decision but the extra great fixture makes me want to keep Salah unless the extra funds become absolutely crucial. Spurs assets have a great double in 26 on paper, should play 29 and will double 1 more time this season.

Selling a highly owned player considered one of the best in the game is not ideal, however, it may be deemed necessary in order to have an optimal team with a reasonable amount of fixtures."

This is the strategy that I am personally closest to going with if I have to make the move. But can Rey sway me into considering selling the Egyptian King?

"Bruno has become one of the most integral assets in all of FPL. Despite what the performance of Manchester United may be in a match, Bruno always has the moments of class or genius that can swing the momentum of a match into United’s favour and at the same time, see him get the bonus points.

He is also the main protagonist in set pieces and as had proved so often, he is very reliable from the penalty spot. When you add to his arsenal that he is in control of almost all direct and indirect free kicks, it just adds to his haul potential.

As a player, he consistently passes the eye test in running the game for United, dictating the play and being a constant attacking threat. He also increases the potential of those around him to return – meaning he is more likely to gather assists than Salah.

Over a 38 game period, he has scored 22 goals and also created 19 assists, averaging nearly 8 points per match from an FPL perspective. The numbers are staggering.

In all these elements, I feel he is the superior asset to Salah – and that Salah is the one you could afford to go without in this short stretch upcoming.

To conclude, removing Bruno from your FPL team is an unnecessary risk. Whatever his price – which is cheaper than Salah – he is an expense worth taking and his statistics back that up. United look a substantially weaker team creatively when he isn’t on the field meaning he’s also very unlikely to see rotation."

I'm currently trying to manouver myself into a position where I can get to Harry Kane comfortably without having to sell one of these two outstanding assets for the double gameweek in 26 and I should get there. As we have already read, they are both supreme FPL assets. The need to sell one of them will become more evident after double gameweek 26 as I work towards the blank — and if I sell one, I do think it is likely to be Bruno Fernandes. The fixture against the imperious Man City in Gameweek 27 is the reason and seems an ideal time to switch to Heung Min Son as I work towards getting through BGW 29. So I'm giving the edge to @CazzaFPL on this one, but I would avoid selling either if you can manage!

What a frightening sight it must have been for Everton to see Kevin De Bruyne stood on the sideline waiting to return when they were already 3-1 down on Wednesday evening. It didn't take the brilliant Belgian long to begin dictating the play and if there is ever going to be a chance to own the incredible midfielder as a differential, this may be it. He's hovering around the 10% ownership mark which is unheard of for such a talent and consistent asset. But the problem is that most of us will now be tied down to 3 City assets and is moving one of them a luxury move when we should be preparing for the double gameweek?

It's not a priority for me unless something opens up in terms of a longer injury for Ilkay Gundogan. We all know De Bruyne could do serious damage so if you're unhappy with your rank and want to take a gamble, I understand it. But otherwise, I feel it's a watch and wait. His minutes could well be managed as the Champions League kicks back in, so I'd prioritise the Spurs attacking assets ahead of him at this time. 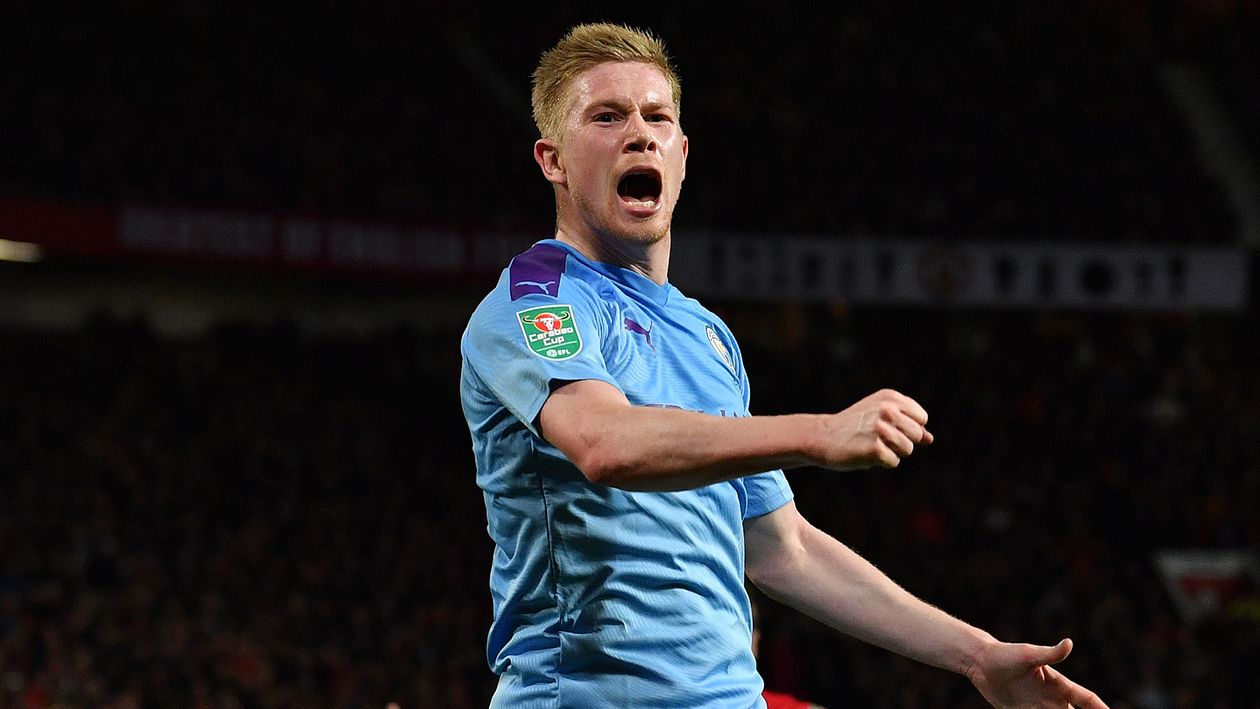 Southampton Assets - how many?

There is an increasing belief in the FPL Community that Southampton could have 3 double gameweeks consecutively if the Premier League go the way that experts such as Ben Crellin think. We already know that they face Chelsea and Leeds during DGW25. If they are likely to have more, then buying Southampton players feels a very worthy strategy to take. But how many?

Danny Ings is the obvious one and will likely be the most bought Southampton asset this week, but are there viable midfield and defensive options? James Ward-Prowse and Stuart Armstrong could be worthwhile moves but there are so many options around that price point that it's difficult structurally. Jannik Vestergaard, particularly with weaknesses for Leeds defensively at set-pieces, could be a worthwhile punt at £4.7m. Alex McCarthy could be another route in but I'm unlikely to want to bench Emi Martinez. Ever. Again.

It's looking like Patrick Bamford's effective ownership in GW25 is going to be monstrous. If you don't own him at all, prepare to hide behind a huge sofa. If you do own him, and you decide to captain elsewhere, he could still hurt you, but I think that's what I'm likely to do. The differential captaincy that Danny Ings or even Bamford's Leeds compatriot Raphinha offers are hugely tempting, particularly if you are looking to gamble against the crowd. However, be careful. Gambling against the crowd doesn't always work, does it? It didn't if you gambled against Ilkay Gundogan...

STOP DOING IT, YOU CHEATS! I hope we see more referees take the approach that Darren Drysdale took in the English lower leagues this week. The fact he has to apologise....urgh. 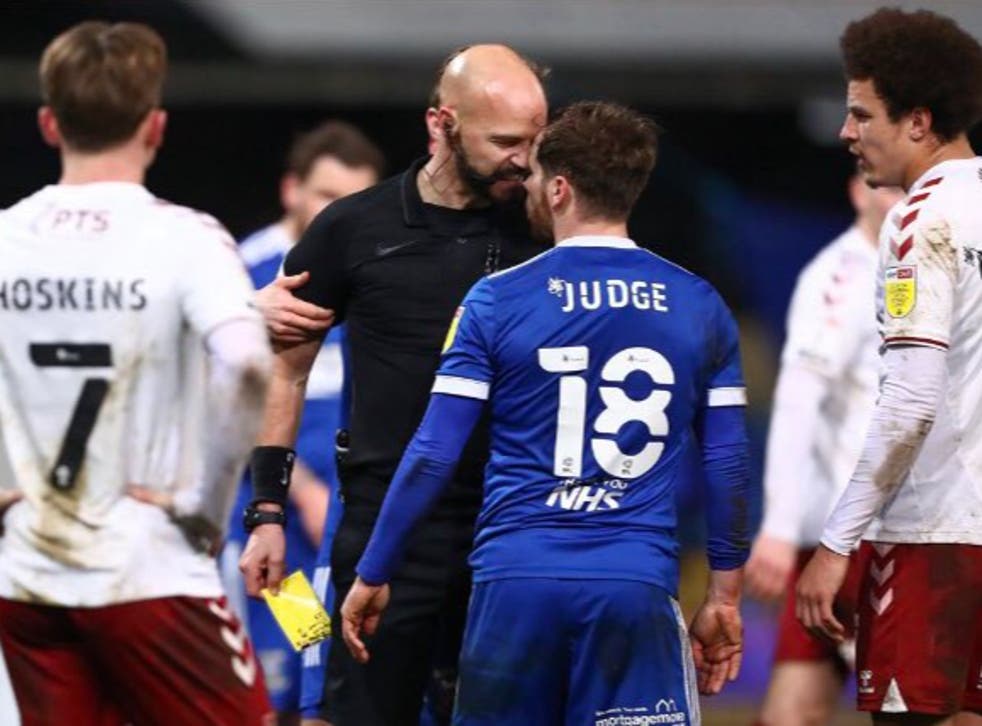 Manchester City have won the league

More concerningly, their B team would likely have won the league this season. Fair play to them —they've sorted themselves out defensively with the growth of Cancelo and the signing of Dias , but as soon as City hit their groove, the competition just drifted away. The interesting thing now will be City's approach to team selection with the Champions League back on the scene. Nailing down FPL assets for them might be about to become very difficult.

He got a clean sheet! PRAISE BE TO LORD AYLING! Apparently, his xGi is around 3.5 (suggesting he should have had some attacking returns). He has none. I'd suggest that's because his brain turns scrambled quicker than eggs whenever he gets near the penalty area...

Sheffield United. WBA. They've packed their bags and they're waiting to be booked into an isolation facility as they fly back to the Championship. It does look like Fulham will join them , but Fulham at least are showing signs of life. Their win at Everton renewed hope but they really need more good results. A win against Sheff Utd in GW25 feels like an absolute must, otherwise, relegation will look wrapped up before the Easter Bunny even appears.

Thank you for reading. Please, let us know who you think was the winner of the featured debate as well as your opinions on the other talking points highlighted on the FPL Debate! If you wish to participate in a future debate, get in touch with @rpick86 on Twitter.