Firstly, I think it's worth noting that in this ever-changing season we really should prepare for anything, but this article is up to date as of Thursday afternoon at 3.30pm (UK).

Gameweek 19 brings us exciting opportunities to make big gains with several teams having a double gameweek but as we know, the key to any gameweek is nailing the captaincy. This article will explore the most popular captaincy options whilst also considering some of my favourite differential captaincy options.

Bernardo Silva returning to the Man City fold in GW14 seems to have given Kevin De Bruyne the license to play in more of a free role. Since GW14, he has managed 1 goal and 3 assists, has an xG of 2.53 and an xA of 1.91. Despite notching himself another assist against Brighton in GW18, owners will be left feeling a little frustrated given the chances he missed and how he passed Sterling the ball to take the penalty despite ordinarily taking them himself.

But for me, the key is that De Bruyne is getting in all of the right positions now and can't help but feel like a monster haul is just around the corner. In the game against Brighton he had an xG of 1.13, he could easily have walked away with a couple of goals and assists. Crystal Palace and Aston Villa at home in a double gameweek are extremely appealing fixtures for those who own De Bruyne, who is predicted by many to be GW19's top scorer.

* One word of warning is that we still have no guarantee that City's game with Villa will go ahead given Villa's recent Covid-19 outbreak. Personally, I don't think it will be an issue but certainly one worth considering.

No returns for Mo since the brace and assist in a 33-minute cameo from the bench against Crystal Palace in GW14 resembles something of a drought for Liverpool's 'Egyptian King'. But despite three blanks on the spin, the league’s top scorer is still likely to be the most popular captain pick in GW19. Personally I'm not so keen on him given recent form, in the last three gameweeks he's only managed 1 shot on target with an xG of just 1.15. That said, he was back on the scoresheet against Aston Villa's under 23's in the FA Cup, a goal could kick Salah back in to life ahead of a tricky double gameweek against Man United and Burnley. He'll be very popular pick but for me it would be more of a shield pick, I'm just not feeling that excited about him but will happily eat my words if he bangs!

Bruno's record away from home is well documented with 12 returns from 7 games on the road so no doubt, he'll be a popular captaincy pick in GW19 where United travel to Liverpool and Fulham. That said, the blank against Burnley in GW18 might put an element of doubt in managers' minds but for me, he is a fantastic choice due to his consistency alone.

In recent weeks, I feel like Paul Pogba's role in the team has taken some pressure off Bruno and even though it has resulted in him seeing less of the ball, he's still scored 4 goals and assisted 3 times in the last 5 gameweeks. Bruno is a genuinely good captaincy candidate in any given week against anybody; the fact he has two fixtures this week makes him a very appealing prospect.

* Warning: Bruno is currently one yellow card away from suspension so if he is to get booked against Liverpool, he will miss United's trip to Fulham

11 goals and 8 assists so far this season. It's worth noting that 6 of those goals have been from the penalty spot but he still has to score them right? Southampton's infamous high line will whet the appetite of Vardy owners who will be hoping for him to get in behind as he did so many times in that 9-0 drubbing last season. Leicester themselves are in decent form and with James Maddison seemingly back to full fitness, there is a lot more creativity from central and not just wide areas where there's been predictability in Leicester's play at times this season.

If he plays both games, I'd expect at least one return from Vardy over the two fixtures that on paper look very tricky, but he's relatively fixture proof, a constant threat as seen so many times over the last several seasons. The only worry for those buying a ticket to the Vardy party is the question of whether he will start two games in three days? Maybe it's a tall ask, especially given his recent groin injury. 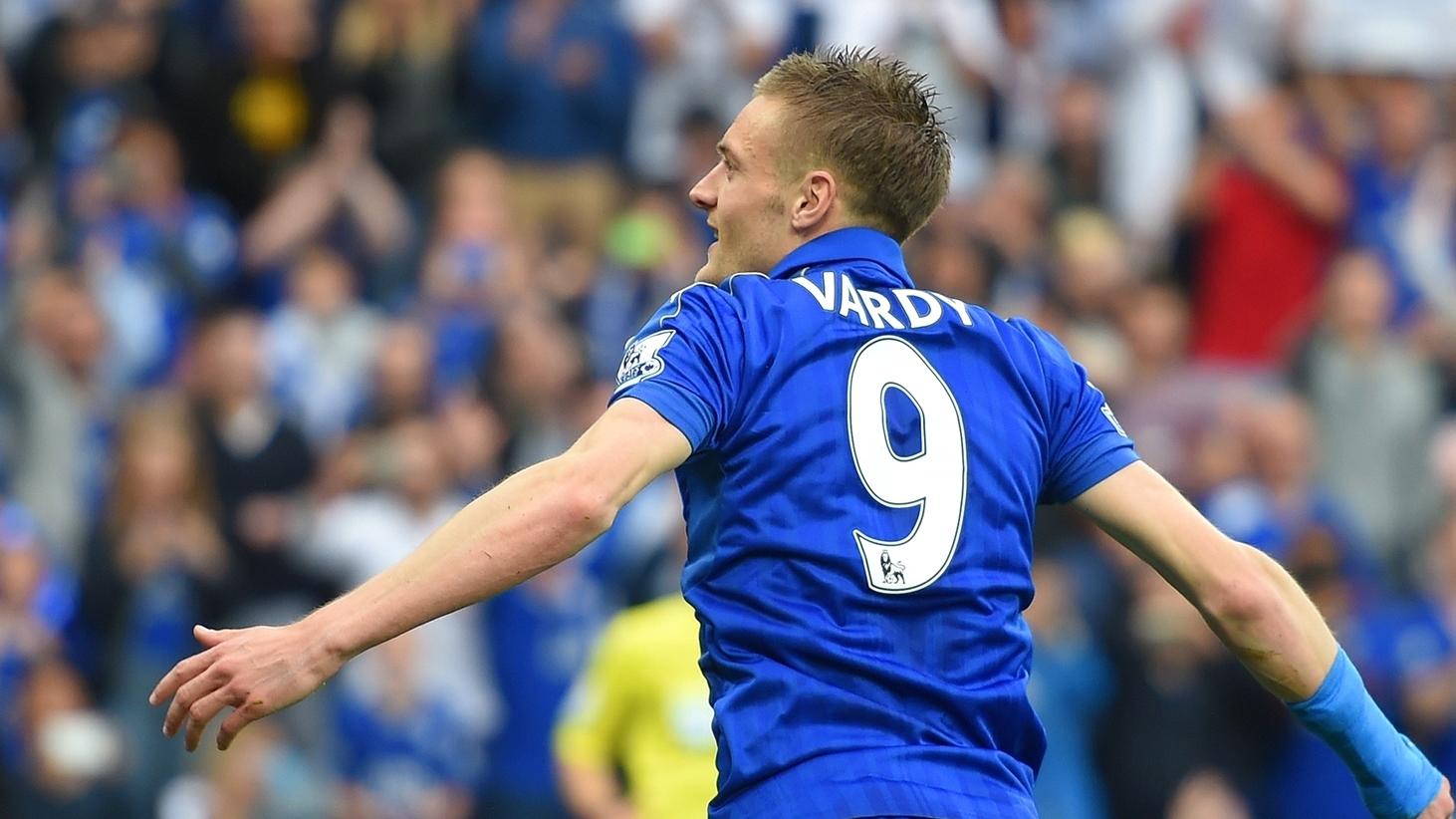 Just 6 goals and 5 assists for Mane so far this season. He really hasn't been showing the kind of form that we've grown used to, but I do expect his movement in and around the box to cause United and Burnley problems in GW19. I'd actually be more tempted to take a punt on Sadio Mane over Mo Salah for GW19, not only is he cheaper and lesser owned, but his record against United and Burnley is also considerably better than Salah's — in the last 3 seasons he has 5 goals against Burnley and United to Salah's 2.

This one is indeed a little left-field given that City's summer recruit is yet to get an attacking return so far this season, but he seems almost nailed in an ever-changing Pep roulette wheel. With Ake and Laporte out injured, it's very likely he plays in both games in DGW19.

But why would you put the armband on him? Well, in the last 8 Premier League matches, City have kept 6 clean sheets. When Dias has played with Stones and Ederson they have not conceded a single goal this season. It's a partnership that is flourishing and Dias is standing out as a player that could be considered one of the very best in years to come, he's been truly outstanding of late. If City keep clean sheets against both Palace and Villa in GW19, it would likely result in a minimum 24-point haul for Dias, which really is a decent return. Double up the City defence and it could be 36 points from two players. It just depends on how much you fancy their clean sheet chances?

* One word of warning is that we still have no guarantee that City's game with Villa will go ahead given Villa's recent Covid-19 outbreak. Personally I don't think it will be an issue but certainly one worth considering.

There's certainly a degree of risk associated with this captain punt as Antonio is still building his fitness following a hamstring injury that has plagued his season so far. That said, the upside of taking a punt on the Hammers frontman could be huge given his seriously low ownership, budget price tag, and very attractive fixtures. I don't think Burnley will be an easy game for Antonio, Dyche has shored up his defensive unit since the 5-0 loss against Man City in gameweek 10 and since the defeat have only conceded 4 goals, also managing 3 clean sheets. More worryingly for Antonio enthusiasts, Burnley have kept three clean sheets in the last three games against West Ham. But on his day Antonio possesses some frightening speed and strength that could cause James Tarkowski and Ben Mee some serious problems.

The game against West Brom on the other hand has a lot more appeal and to some extent gives me some flashbacks to the game against Norwich last season where Antonio bagged himself 4 goals. West Brom have conceded the most goals in the Premier League so far this season (39), and I just can’t see Antonio not scoring provided that his hamstring makes it through the Burnley game.

Obviously, the caveat here is that Spurs only have one fixture in a double gameweek, but Kane's consistency this season cannot be ignored with 2 goals and an assist in the last two matches taking him to 22 returns for the season. Sheffield United have conceded the 3rd highest amount of goals so far this season (29), only 12 have been at home, but Spurs will need to bounce back following the disappointment of a 1-1 draw against Fulham in GW18.

I don't see Sheffield United leaving themselves open to the counter-attack which would ordinarily benefit Kane's team-mate Son. I actually think Spurs will be camped in and around the Blades penalty box for large percentages of the game that will only benefit Harry Kane. Obviously, as mentioned already, the gamble with Kane is captaining him in a single gameweek when so many others have double gameweeks. Personally, it's not for me, but he shouldn't be ignored just because he only has one game.

So there's your GW19 captaincy options. Now all you need to do is ponder who deserves your armband and decide if it's even worth activating the triple captain chip ahead of what is expected to be a roller-coaster of a gameweek. As it stands, Kevin De Bruyne will be my GW19 captain.