FPL & FanTeam: One Differential From Every EPL Club

The template is indeed the template for a reason and it’s particularly difficult to break away from it at the beginning of the season unless you want to go rogue with your team selection. However, integrating a couple of lowly owned differential punts into your squad might just separate you from the rest of your mini-league early doors. With this in mind, here’s a list of my favourite differential picks from each team in this season's Premier League.

Ended the 20/21 season on a high, he was the 9th highest scoring player from GW30 to GW38 with 53 points that included 5 goals and 1 assist. It’s been a difficult start to life at the Emirates but if he can pick up where he left off, he’s definitely one to keep on the radar from gameweek 4.

The new recruit from Leverkusen is expected to slip straight into first team duties, and we all love a shiny new toy, right? Last season he managed 9 goals, 8 assists in 25 starts for the Bundesliga club playing predominantly down the right-hand side. The risk is that he’ll be rotated with B. Traore from time to time but should he leave his mark early doors, he could be a fantastic FPL and FanTeam asset given his price point. He’s very, very well regarded.

The center-half has started in most of Brentford’s pre-season friendlies, could he be the £4.0M playing defender that we’re all so keen plonk as our third sub this season? Only time will tell but he might well be worth keeping an eye on. He's the only differential worth considering at Brentford for now I think.

His underlying stats are probably not the greatest with only 3 goals last campaign, but he also managed 8 assists that took the Brighton midfielder over the 100 points mark (116 points). He’s on penalties and Brighton’s fixtures are decent early doors so he really could be worth taking a punt on.

I don’t see a lot to get excited about in this Burnley squad other than talisman Chris Wood. After representing New Zealand at the Olympics, there are questions around his GW1 fitness but perhaps he’s one keeping on the watch list for now. 46 goals in the last 4 seasons is a pretty steady return from Wood, he’s on penalties and tends to go on runs of games where he finds himself on the scoresheet.

You’d have to be brave man to enter gameweek 1 with Werner in your starting eleven, but I’m backing the German to eventually put last season behind him and make a real success of his move to Stamford Bridge this year. He’s evidently a confidence man, and I think Tuchel will unearth the player we all expected in Werner last season. 6 goals and 12 assists last campaign, I’m expecting him to hit double figures this season. Personally, I think we monitor him over the first six weeks and re-evaluate ahead of gameweek 7.

The Palace striker finally found his feet at the tail end of the season with a flurry of goals. The 5 goals in the last 7 games suggest that he might finally be finding the form that once convinced Liverpool to pay big bucks for him in 2015. A new-look Palace squad with a new manager but I think Benteke offers differential potential to managers willing to roll the dice. One of the lesser owned differential punts on the list, but there’s no denying the fact that Rafa Benitez has a soft spot for Andros Townsend and knows how to get a tune from him following their time together at Newcastle. On his day Townsend can cause any defence problems and Everton’s early run of games is pretty appealing. Of course, Townsend’s minutes can be questioned however with Richarlison at the Olympics with Brazil, James Rodriguez seemingly surplus to requirements and Sigurdsson, well yeah…I expect Townsend to get plenty of minutes early on in the season.

Whilst most managers are eying up Raphinha at £6.5m, I’m really not averse to taking a punt on Harrison and saving myself £0.5m. Of course, Raphinha is a more talented player on paper but last season Harrison mustered up an impressive 8 goals and 10 assists in what was his first season in the Premier League. That said, when Leeds’ fixtures turn in gameweek 5, I really wouldn’t be against doubling up on Harrison and Raphinha given their price points.

Seems to be the first choice left-back at Leicester following his move from Southampton in the summer.  I was really impressed with Bertrand during Leicester's Charity Shield win against Man City. Bertrand gets forward at every opportunity and links up well with Harvey Barnes. If he keeps his place in the team, he could well be a shrewd pick at just £5.0M.

A little disappointed by Mane’s FPL price this season, but FanTeam have it spot on in my opinion. That said, given that he’s just £0.5M cheaper than Salah in FPL, it almost certainly means the pacey Senegal forward will be a season-long differential. Mane probably would have been a little disappointed by his 11 goals and 11 assists last season given the standards he’s set in recent years but I fully expect him to be in and around the 20 goal mark this campaign. If you prefer Salah to Mane, why not double up early doors?

Seems to be becoming more and more popular as the days go on, particularly in the FPL Twitter bubble. Of course, we know that at some stage City’s Algerian winger will become a rotation risk but given that he’s one of the only players at City fully rested over the summer, I can’t help but feel he’s a fantastic early punt. I think he’ll exceed the 9 goals and 8 assists of last season. Could Mahrez be a cheeky little captaincy punt when Man City entertain Norwich at the Etihad in gameweek 2?

United don’t have a full pool of players available to them early doors with players returning from international duties or carrying injuries. This paves the way for Greenwood to start the season whether it be on the wing or starting centrally in the absence of Cavani. Yes, I anticipate that he’ll soon be sat on the bench being rotated throughout the season but if you are after an early punt, Greenwood could well be the perfect punt given United’s early run of games. With a fairly good run of fixtures early on, it's surprising to see Wilson so lowly owned in comparison to other £7.5M assets. Of course, the risk of taking a punt on the former Bournemouth striker is his injury record but if he stays fit, he could be absolute gold. Despite missing a handful of games with injury last season, Callum WIlson still managed 12 goals and 6 assists. He's looking hungry in what I've seen of him in pre-season with some well-taken goals. He could well be the best differential option on this list.

6 goals and 2 assists in his last season in the Premier League (19/20) and only 6 goals in the Championship last season yet there’s something about Todd Cantwell that really appeals. He’s looked sharp during pre-season and with Buendia having left Carrow Road for Aston Villa, perhaps the onus falls on the Canaries midfielder to step up this season.

With Ings at Villa, it’s time for Che Adams to step up and become the Saints talisman. Adams caught my attention frequently last season with some impressive performances but to step into Ings shoes he needs to improve on the 9 goals and 7 assists. I fully expect Southampton to dip into the transfer market to find a replacement for Ings, but for now, Adams is well worth keeping an eye on, especially in FanTeam where he costs just £6.5M.

With Nuno at the helm, I’m feeling pretty excited for Reguilon this season. We know how Nuno utilised wing-backs during his time at Wolves, and Reguilon needs no second invitation to get forward. I fully expect the Spaniard to trump the 6 assists that he acquired last season.

I don’t think we’ll ever forget the Sarr masterclass against Liverpool in 19/20, a game that will live long in the minds of fantasy football managers when they look at Watford assets this season. In the season discussed, Sarr scored 5 goals and assisted 7 times before being relegated back to the Championship. Despite being linked with several clubs, Sarr stayed at Watford and put in some highly impressive performances last season with 13 goals to his name. It’s a big season for Sarr, and if Watford have any chance of escaping the drop, they’ll be relying on his pace and creativity. You can certainly do a lot worse with your £6.0M than taking a punt on him. 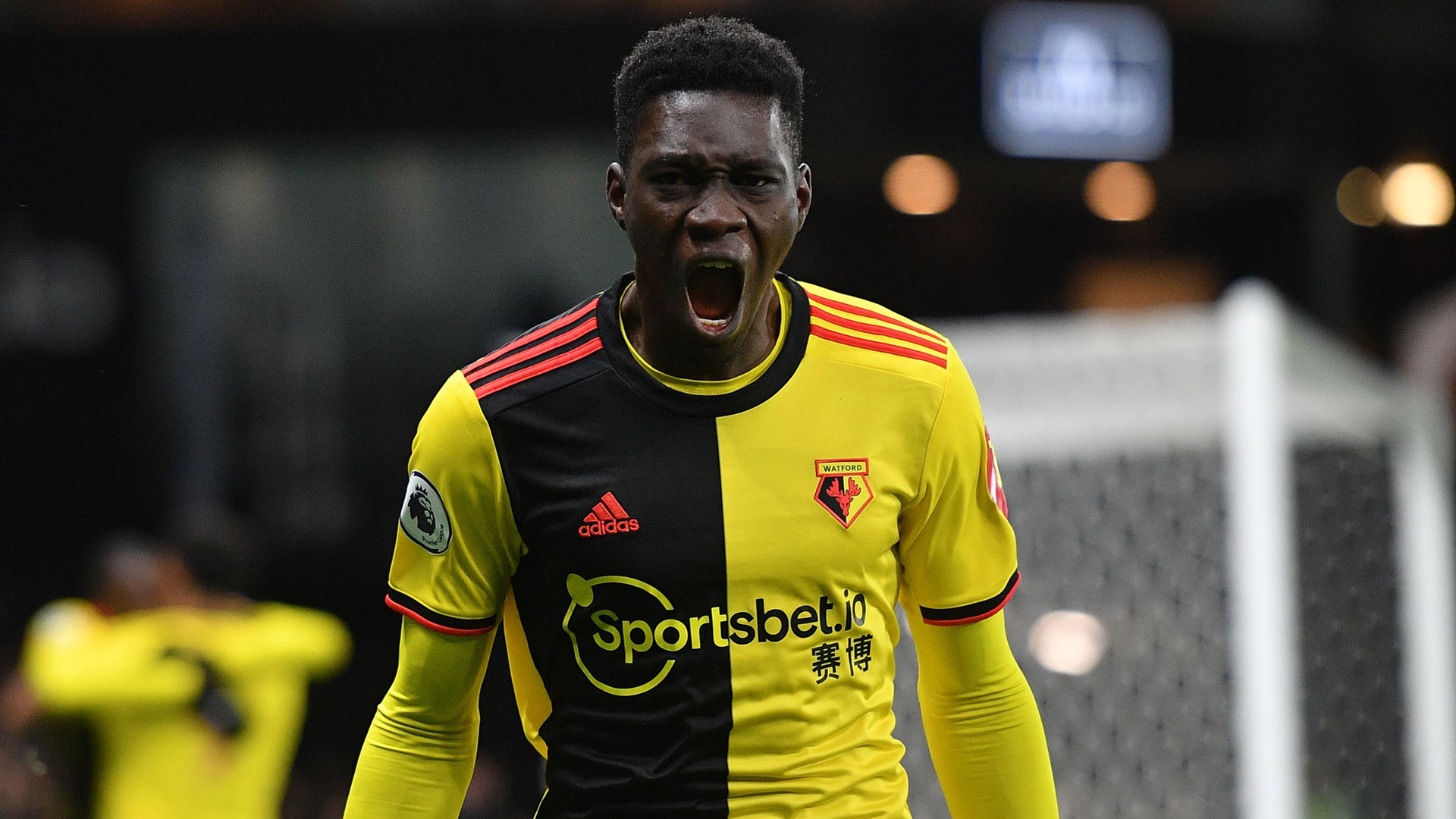 8 goals and 6 assists for Bowen last season. Whilst teammates like Antonio, Soucek, Cresswell and Coufal are heavy in peoples planning, Bowen once again steps quietly under the carpet. He shares set pieces with Cresswell and plays a pivotal role in the Hammers attack. If you’re looking for a cheap midfield punt, I’d consider taking a look at Bowen.

He’s looked sharp throughout pre-season as he continues to complete his return from last season’s horrific skull fracture. Wolves missed their talisman so much last season, he really is so important to them. The Mexican is absolutely on my watch list from GW4 when Wolves start a mouth-watering run of games.