Just one last gameweek to go... It has been an extremely long slog filled with abandoned matches, tight deadlines, Covid-related absences and much more drama. We all deserve a break from fantasy football after this unless you’re a glutton for pain and are playing FanTeam’s Euro 2021 game like me… One of our own – FPL_Teach – will be releasing 6 previews on our DraftGym TV Youtube channel, don't miss it.

I am sitting pretty with two transfers heading into this gameweek and I want to take advantage by doing something different. The final gameweek of the season always provides an opportunity for a bit of fun. So on that note, here is a number of differentials I am considering.

Liverpool now have their destiny in their own hands and a significant victory should guarantee them Champions League football, as it may come down to a battle of goal difference. Liverpool are at home with the Anfield faithful back in the stands and a tasty fixture in Palace. A team that has conceded 8 goals in their last three games.

Mane had struggled for a long spell this season. However, we have seen a return to his higher standards of late, where he has bagged 2 goals and 2 assists in his last five starts. His xGI per 90mins in the last 6 matches is 0.71. That puts him 7th among midfielders, but of those above him 2 are injured (Jota and Havertz) and a further 2 may be rotated (Martinelli and Bruno). Liverpool are hot favourites with the bookies this week to score 3 goals or more (60% likelihood). So we can expect to see Mane to provide the goods. For those needing to make even more ground, he is an excellent captaincy shout.

Rodrigo has suffered a number of injuries this season, which has plighted his debut season. Nevertheless, he has 6 goals and 4 assists for the season, returning at a rate of every 123mins. This is impressive given he only started 11 matches. I believe a number of things work in the Spaniard’s favour this gameweek.

Firstly, Elland Road should be rocking. Leeds fans back in the Premier League. Even if it is just a few thousand fans, the place will be loud as hell! Second, Spain are one of few teams yet to name their squad for the Euros. They will do so the day after Gameweek 38. Rodrigo will be keen to impress to try to ensure a spot in the squad. Lastly is form – in the last 3 games he came off the bench twice and grabbed 3 goals. He started against Southampton and provided an assist.

Rodrigo’s xGI per 90mins in the last 4 matches is 1.07. Across the whole league only Burnley’s Rodriguez can better this, and he is unlikely to start. Leeds are next best after Liverpool with the bookies estimating them to score 3 goals or more at 44%. There is plenty working in favour of a Rodrigo punt this Gameweek. The 6% owned Harrison is also a worthy alternative if you are in search of a midfield move.

Manchester City have been rotating like mad ahead of the Champions League final and will be doing so again this gameweek. But it hasn’t stopped them from putting on a show and scoring a hatful of goals. Although the nostalgic pick would be Aguero, it seems his fitness is not quite there. I think Torres is the sensible pick, and he has been taking advantage of the opportunities he has been given. In his last 5 starts, he has scored 5 goals and assisted once.

His xGI per 90mins in the last 6 matches is 0.57. That puts him 9th among midfielders but of those above him 2 are injured (Jota and Havertz) and a further 3 may be rotated (Martinelli, Bruno and Greenwood). 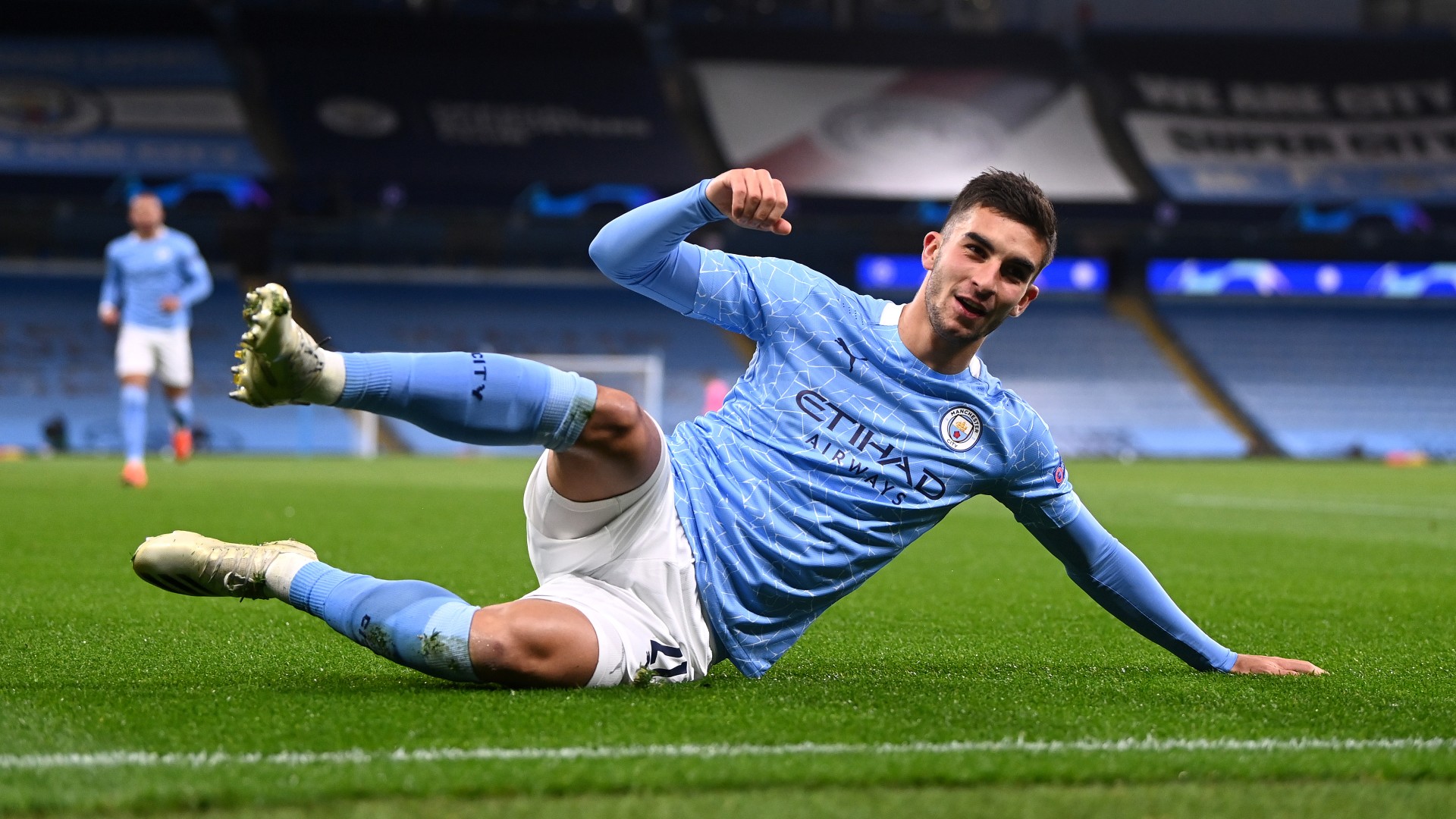 I cannot recall a team of late getting relegated yet having such a prolific player. Pereira has had a phenomenal debut season, racking up 18 attacking returns via 11 goals and 7 assists.  He may not have a home crowd or league position to play for, but that has been the case for a while now and it hasn’t stopped him. He has only blanked twice in the last 8 games, picking up 6 goals and 3 assists. He is in red-hot form, which goes in his favour. Also, as he has shown us he is too good to be a Championship player next season, he will be aiming to put in a fine performance in search of a move.

I do expect Leeds to win, but I also expect an open affair with multiple goals. Only West Brom, Burnley and Newcastle have conceded more shots than Leeds all season. While focussing on the last 6 matches, only Sheffield Utd and this trio have again conceded more shots than Leeds. So Pereira will get his chances and he has shown us he does not need many in order to convert.

I will be honest straight off the bat here. I rather talk about Chilwell or Mount here but they are too highly owned for a differential article. I would have also liked to talk about Havertz even more so, but he is an injury doubt. And while Werner is 10.5% owned, a lot of these would be ‘dead’ fantasy teams.

Despite beating Leicester, the Blues still have to win this game to guarantee Champions League football. So you can expect Tuchel to name his strongest side and Chelsea to get on the scoresheet. And when Chelsea score, Werner is usually involved – he has either scored or assisted 4 of Chelsea’s last 7 goals.

His stats may not be overwhelming but according to the bookies, Werner has a 42% chance of scoring, and Chelsea are the 4th most likely team to score 3 goals or more at 36% probability. So Werner does have quite a few strings to his bow heading into the final gameweek.

As of now, I am unsure of who to sell let alone buy. Son, Bruno, Lingard and Kane could all make way. I, fortunately, have a strong starting XI and two free transfers. Having tripled up on Liverpool I cannot get Mane. Selling Kane for Werner may be an overreaction to their poor midweek result. So I am currently eyeing Son to Pereria and one more move. I may even have over £9m sitting in the bank once done! But hopefully, these punts will help you and I get over the line and let us enjoy the summer!