In last week’s article, I discussed a few things you could do in Gameweek 33 to try finish your season on a high note. Ultimately, I could not make my own mind up and decided to hold my transfer, Son and my breath, and just hope for the best. However, I did follow my own advice in not being afraid to captain someone different. Instead of the safe Salah pick, I chose Iheanacho, which finally got me out of the rut of sitting outside the top 100k. If you still feel too far adrift, with the season floating out of reach and simply tiring you after a hectic 2020/21 schedule, well, you are not alone. Nor are you dead and buried yet! So this week I am discussing how you can try overcome your own individual rut and finish the season high, or at least have some fun trying to do so!

The Iheanacho captaincy did help propel into the top 100k but it was Chris Wood who nearly halved my rank. His 3 goals and assist gave him the biggest haul of the week with 20 points. But as he was only owned by 2.4% of managers in the top 100k, he shot me up the ranks. This doesn’t happen often, which makes it all the sweeter when it does.

As this rarely happens you could write it off as luck. I would argue that. Of course, a 20 point haul has some fortune but when I pulled my wildcard in Gameweek 31, Chris Wood was a late consideration and once he entered my mind, he didn’t leave – it just made complete sense.

Vydra made his way into many a manager’s team having scored twice and assisted once in the 4 games before Gameweek 31. A cheap alternative but with caveats. Is he nailed when Barnes and Rodriguez around? No. While we know Wood is their talisman though. How is his history? Vydra had never scored more than 3 goals in a Premier League season, having completed 3 seasons with Burnley While Wood has scored 10 or more goals in each of his three seasons with Burnley. Sitting at 7 goals with 8 games to go I knew he could do it.

That’s all well and good but how can you benefit from this going forward? One player has halved my rank in one week, the same could be true for you. We have 5 more gameweeks which means you have at least 5 transfers. Use them to target a fixture and take a punt. Differentials don’t mean you have to be crazy. Wood proves that case, in being a solid, logical selection but also with a huge upside. And if you really are too far adrift, captain them! A 40-point Wood haul alone this week would have beaten the Gameweek average of 36.

For those who plan to punt, the teams I would target are Sheffield Utd, Wolves, West Brom, Crystal Palace and Southampton. These are all teams that have nothing to play for or are simply dead and buried as is the case for poor Sheffield Utd. While West Brom are a mix of dead and buried they are playing expansive football which has led them to conceding 10 times in their last 4.

In the next tier are Fulham, Brighton, Burnley and Newcastle.  I wouldn’t be going gung-ho for these teams as they still have something to play for and in some cases also post decent defensive stats. But if Fulham are relegated soon or Burnley are safe and chase goals instead, these teams could enter the ‘target’ fray.

Enough about teams, here are the players I fancy for your punts!

Spurs v Sheffield Utd will be on everyone’s hit list but will Gareth Bale? Spurs fixtures until the end of the season are great so he is both a short and long-term punt. Although top-4 may be a stretch, Spurs will still have to push for Europe and the team seem eager to get a few results for interim manager and former team-mate Ryan Mason. Bale stung many a fantasy manger when Mourinho lost fate in him but under Mason, he played 82mins against Southampton. Where he was tied for most shots in the game (3) with his shot in the box being a sweet finish, curling it past a helpless McCarthy. He also created 3 chances, with the next best on the field being 1. 3% owned and averaging a return every 83mins this season.

His issue is game time, of course, only playing +60mins on 6 occasions. Yet he still managed a 9, 14 and 19 point haul on these occasions. I suspect with Jose out the door, he will have a new lease of life and a point to prove. He could easily explode and is one to consider.

Other punts I like this week is 2.7% owned Jesus who faces a redundant Crystal Palace. He was rested in the Champions League so he is primed to start. City will be targeting this fixture to get winning the league over the live. While if your budget can’t afford Bale or Jesus, I also like 7.5% owned Maddison, but he wouldn’t be a captain contender in my books. 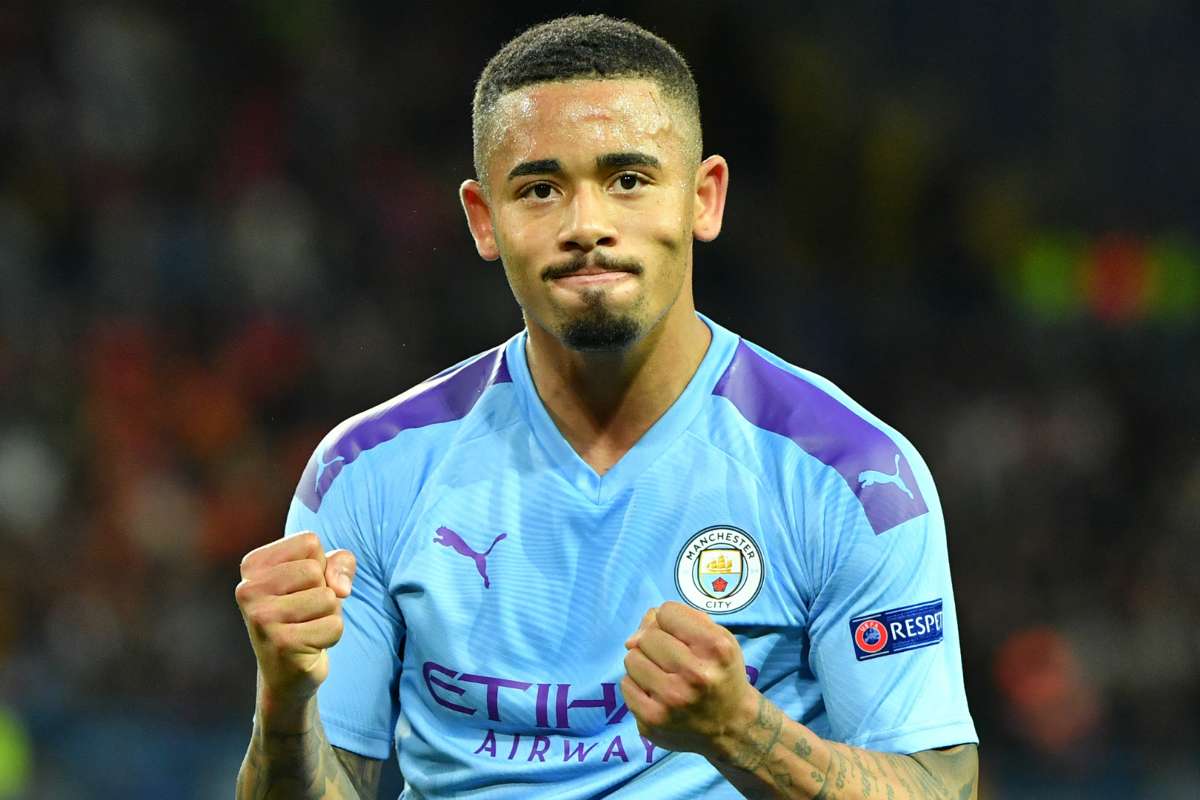 Gameweek 35 may be filled with doubles which may present another way to attack this gameweek. Although no double fixtures scream for a necessity of investment to me. I do like the looks of Sigurdsson though who may face West Ham and Aston Villa, who combined have conceded 22 goals in their last 6 matches. While the 2.4% owned Sigurdsson has cemented his place in the starting XI and Everton are in hot pursuit for a European football spot. He could shoot you up the ranks.

Outside of this a lot of minnows face one another. Liverpool have one of the best fixtures against Southampton. Salah will be a popular captaincy pick, but why not be different and go with Alexander-Arnold? He has 3 attacking returns in his last 4 games. If Liverpool stop leaking single goals,  a clean sheet, attacking return and 3 bonus points would go a long way to helping your rank!

Did I forget to mention Everton have great fixtures to close out the season? After their potential double, they face whipping boys Sheffield Utd. More reason to get in Sigurdsson who is again a captaincy contender. Or if you prefer a defensive move, Coleman looks incredible. He has 3 clean sheets and 2 attacking returns in his last 4 matches. Giving him 28 points or 7 points per game.

While if Bruno doubles in Gameweek 35, it means he will blank this Gameweek. Why not swap him for Mane and captain him against West Brom? I wouldn’t be surprised if that game had 5+ goals the way West Brom are finishing the season. 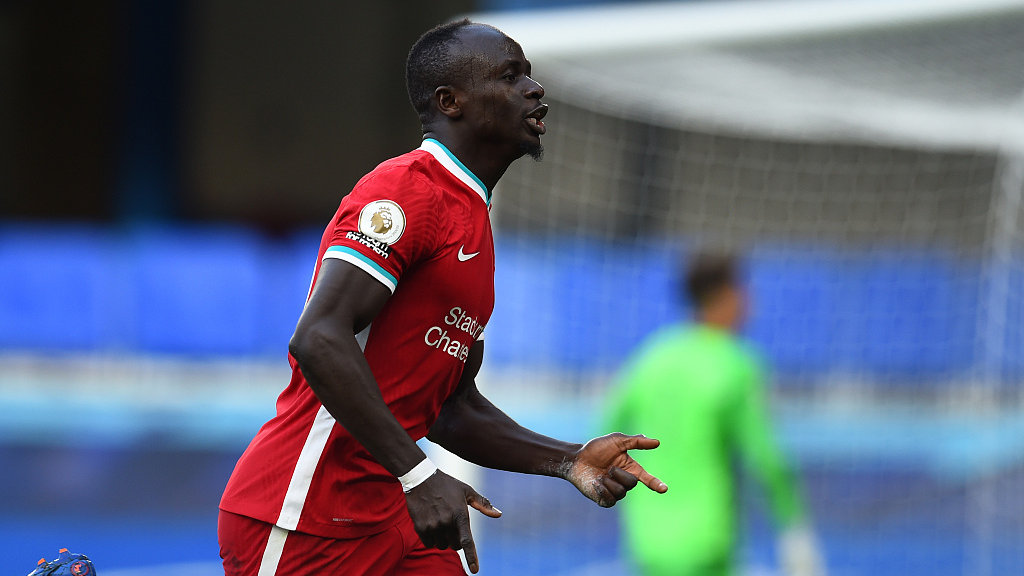 We see Arsenal face Crystal Palace this weekend. I never fully trust Arsenal but with Palace and Brighton to wrap up the season, they could be worth a punt. Will have to wait and see with injuries and the Europa League on who is worth a transfer though.

We could see Fulham relegated by this weekend. Morale may be low, players already trying to leave the club and loanees just waiting until they can go home. 6% owned Greenwood is classed as a midfieled and is starting as a striker. In the last 4 matches, he has 4 goals from an xG of 1.82, showing he is in another purple patch like last year. No midfielder has scored more than his 4 goals in the last 4 matches, while he also got an assist in this time span. Rashford is 9.7% owned but I reckon that’s a lot of dead teams too. He is not as explosive as Greenwood but he is assured of starts and is always in and around the attacking returns.

I also really like the look of Callum ‘the bully’ Wilson. I reckon Newcastle will be safe at this stage nothing will give Wilson more satisfaction of rubbing salt in the wound of Sheffield Utd. Which leads nicely into Gameweek 38…

Newcastle will face likely relegated Fulham. He’s averaging a return every 119mins this season which is impressive given Newcastle had shown no creativity for large parts of the season. Of late though they have a bee in their bonnet, scoring 8 goals in the last 4. So I really like this Wilson punt.

The final gameweek of the season always has a few crazy scores, I reckon Leeds v West Brom will be one of them. A Raphinha or Pereira captaincy could be an excellent shout. Particularly as Pereira will be trying to impress other clubs in hope of a transfer to remain in the Premier League.

Liverpool face Palace and could need to win this for Champions League. Same for West Ham against Southampton. These could be cagey affairs but a Lingard or Mane captaincy may help push you over the line.

A lot could change over the course of time but the message I am trying to convey here is that there is plenty of room for miracles, so do not despair! It will just require you to play the game in a bold manner. You could finish 1 millionth or you may crash into the top 50k to win your mini-leagues. It isn’t over until the fat lady sings, and if it is, well at least you will have some fun along the way.