The fun of triple GW35 is still among us, but we must now turn our attention to the more mundane blank GW36. We have enjoyed ourselves but the hangover of a team filled with blanks is a sore one. Although, if you got Greenwood, it was worth it.

Arsenal, Chelsea, Leicester and Manchester Utd all blank. While Forster, who is a backup for many, will likely be rotated. To plug these holes, I discuss the best replacements in each position and whether some assets are worth holding.

If you are like me, you got Mendy and Forster on your wildcard, you need to sell a keeper to have a starting XI. That is nless Hasenhüttl states Forster gets one last game before he swaps in McCarthy.

Looking at the fixtures, Liverpool and West ham face the league's worst attacks. Although Alisson may be a stretch on most people’s budgets and you have to go back 9 games for West Ham’s last clean sheet.

Two goalkeepers take my fancy. Pickford’s (SHU, WOL, mci) fixtures are mixed. GW38 v City could be a high-scoring game, but Sheffield Utd and Wolves represent two of the worst attacks at the moment. In the last 4 matches, Sheffield are tied last for goals scored with 1, while Wolves are tied 4th worst with 4. Everton have kept 3 clean sheets in their last 5, and Pickford also offers saves point potential. If the City fixture really puts you off, an idea may be to sell your sub keeper and keep Mendy (or your alternative) and play them in GW38. At this stage of the season, if you don’t need the cash, there is no harm in using it on a 2nd keeper.

The other keeper I like and who I am currently leaning towards is Meslier. Since Llorente has returned from injury in GW25, Leeds have looked more assured at the back, conceding 11 goals in this time span which only 4 teams can better. Leeds also played Chelsea, Liverpool, Tottenham, West Ham and both Manchester clubs in this time span. With Burnley, Southampton and West Brom to close out the season we could see a few clean sheets. If not, Meslier is a big shot-stopper with the 2nd most in the league this season. He also has the 2nd most points out of all goalkeepers.

If I was sitting on any Leicester or Manchester Utd assets I would be selling them. Leicester have only kept 2 clean sheets since GW24 and their fixtures take a nasty turn. Manchester Utd have two good fixtures, but with Wolves being on a Sunday and the Europa League final on a Wednesday, I expect to see some rotation in GW38. On the flipside, Chelsea and Arsenal assets (Rudiger and Holding in my case) I feel no urge to move on given their cheap price. Having said that, if you have the spare transfer, Nat Phillips is an absolute bargain and has the best defensive fixtures to close out the season.

In line with that, TAA and Roberston are excellent choices. While further to my goalkeeper section, there are merits in Everton and Leeds defensive options. Coleman, Digne and Dallas provide excellent attacking potential too. Dallas has phenomenal 8 goals this season to his name. Digne has 9 assists, which among defenders only Cresswell can beat. Coleman does not match these numbers due to missing large parts of the season through injury, but he also provides creativity.

Similarly, Coufal’s 8 assists is a brilliant return. Although I did say West Ham are leaky, which they are, the fixtures are still kind. A clean sheet here and there will tick you over nicely until the end of the season. 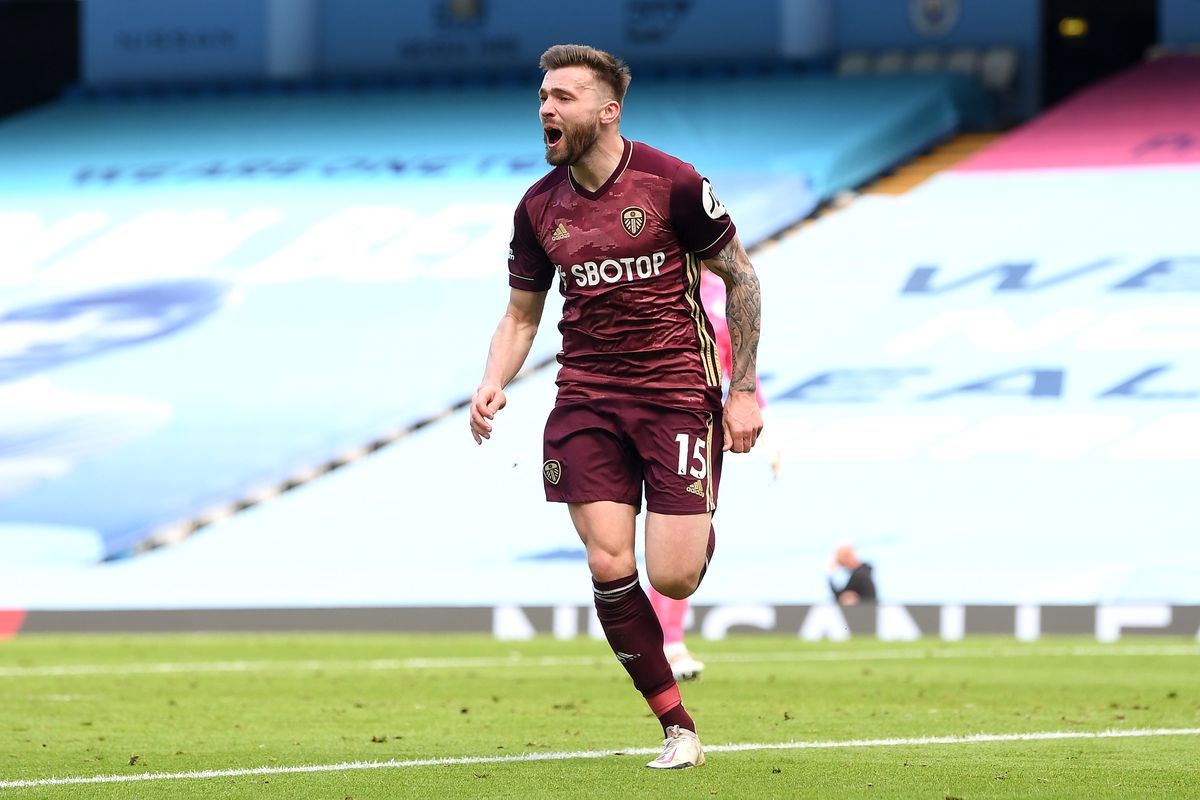 I would easily sell and Leicester, Arsenal and Chelsea attackers. I would add Rashford and Cavani to that list too. But Bruno and Greenwood would make me think twice. Rotation is always on the cards for Greenwood, but when he plays he scores. While Bruno wants to play every game and has the most FPL points of all players this season, so it may be hard to part ways with him.

I was delighted to see Raphinha return the weekend against Spurs. In 32mins he created 2 chances, 1 of which was big, had a xA of 0.5 and came away with an assist. He was in scintillating form before his injury and I fancy him to finish the season on a high given Leeds’ favourable fixtures.

Spurs will likely have to settle for Europa League this season but they still have to work for that. Wolves, Villa and Leicester represent 3 very obliging defences. Since his injury, Son scored 4 goals in 5 starts with an assist to help too. His consistency is remarkable, only Kane and Bruno have more FPL points than him this season.

In the last 6 matches, only Salah, Mane and Havertz can beat Jota’s 5 big chances. Frustratingly for his owners though he has been quite wasteful of late and blanked in the last 4, which has led to a bit of rotation. Yet, the talent is there so too are the fixtures and the stakes could not be higher for Liverpool. I would be shocked if he continues to blank at this rate.

But for those looking for something different, Mahrez and Foden tick the boxes for me. Pep clearly sees them as his staples and plays them in the big games. I don’t think he will rotate as heavily too as he will want to keep his team firing on all cylinders ahead of the Champions League final and their games are nicely spaced (Friday, Tuesday, Sunday and Saturday).

Foden has been rotated heavily in the Premier League, starting just 5 of the last 14 games. In these 5 starts, he has scored 3 goals and nabbed 5 assists which is an incredible return. Mahrez has played a bit more, playing 8 of the last 12 where he scored 4 goals and accumulated 4 assists. They play Newcastle on Friday having just been crowned champions, so we could see a haul. Followed by Brighton and Everton. They would be an interesting move for those with the backbone to take the gamble of Pep roulette.

Iheanacho, incredible form, cheap as chips, but terrible fixtures. Blank, Chelsea and Spurs as well as there being a plethora of good options is pushing me towards selling him.

I got Wood. Should you get Wood? I would say yes, they do play Liverpool but I would not be surprised if the New Zealander returned in this game – his form is that good. 8 goals and 3 assists in his last 8, hard to argue that.

The problem is Bamford and Antonio are sitting pretty at the same price. Bamford has been on a relatively dry spell, but they’ve had a tough fixture run and their chief creator Raphinha also missed a number of these games. Good fixtures and pushing for a spot in the Euros could see a nice return to form here.

Antonio faces 2 of the 3 same opponents as Bamford. I think he is a great option but between the two I prefer Bamford. West Ham have struggled against teams deploying a back 3, failing to register a single shot on target versus Everton who played a back 3 (which is new for them). Given Brighton love a back 3, I would not be surprised if he blanks the weekend. Furthermore, 3 games in 8 days may be a stretch too far for Antonio just returning from injury.

The exact same could be said for Ings who returned from injury against Palace with 2 goals. Hence for those with a bit more cash, I prefer Dominic Calvert-Lewin. They have the plum fixture of GW36 with Sheffield Utd. Followed by Wolves. Two obliging defences. Although, GW38 they do play City. So it may be worth shipping him out then.

Hopefully, that helps you decide who to keep and sell. As of now, I will be selling a goalkeeper and Iheanacho. I could upgrade Forster to Pickford and get Bamford up front. Although, Mendy to Meslier and Iheanacho to Calvert-Lewing is very tempting. Regardless, I would prioritise attacking player moves as that is most likely where the points will be. While also ensuring you have a starting XI, so make sure you make that goalkeeper transfer if you must!