It has been a blistering start to the season fantasy wise and you have to jump on or be left behind. Which leads to the perfect timing of my new article theme, Pup’s Market Watch! Taking my financial background I will indulge with endless metaphors to give you buckets full of Fantasy viewpoints and tips for your FPL and FanTeam £1,000,000 season-long games. So let’s get investing.

West Ham are in sensational form with four goals each of their first two games. They did play a poor Newcastle and 10 men Leicester, but their form goes beyond that. Their high press and intensity caught Leicester out many times and looks unbearable to deal with. With good fixtures to come, you need to get on this train, preferably a double up.

Out of the league contenders Manchester City put five past a pitiful Norwich. Yet mixed fixtures, rotation and no standout options allow us to continue to ignore them in the short-term.

Chelsea have gone full beast mode with Lukaku up front and made Arsenal look shambolic. Tough fixtures and rotation but I will be planning how to get their assets in ahead of Gameweek 7.

Liverpool comfortably beat Burnley at home while Manchester Utd continue to stumble, which will make any title challenge difficult. Both teams have good fixtures and you should have a number in your team already.

Again we saw the positive impact playing at home made. I will be focussing any captaincy decisions on those playing in front of their fans for the next few gameweeks.

Five goals and five assists between this pair in two games. Blistering form! Benrahma and Antonio are effectively playing off one another up front and are reaping the reward. Get them ASAP!

Antonio, as Antonio does, will inevitable get injured, while neither player looks likely to get the additional one point for playing 90mins in FanTeam. But forget about that and attack their upside. I like their fixtures until Gameweek 10, so reap the rewards now and deal with Antonio’s injury whenever it happens. 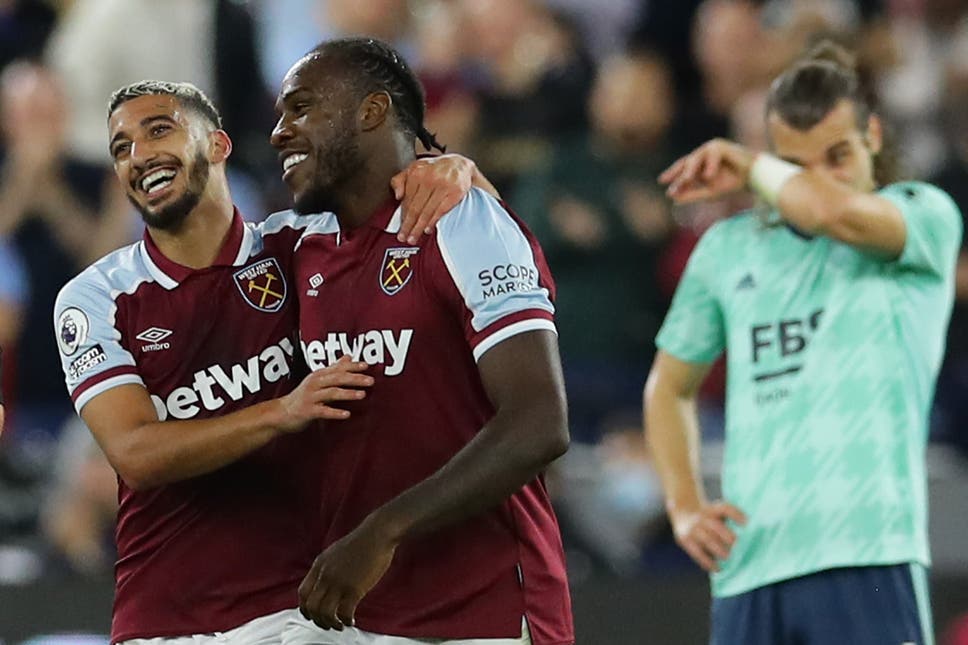 Two goals from two games. Underpriced given his rotation risk, but his form to date and in pre-season makes him undroppable in the near future, with an injured Rashford furthering this. Playing out wide or out of position while Martial gains match fitness. Good fixtures in the short-term, it is now or never to buy him.

May have blanked this week but looked excellent and Gameweek 1. He will either continue out of position up front or be push back out wide with Kane up front, which is also a very appealing proposition. Watford at home (remember how good teams are at home now?) as well as Palace, Newcastle and Villa in the next six.

Many, like me, are struggling to field 3 defenders due to many players having Covid or being close contact. Pictures of Robertson (jogging) and him being on the bench the weekend will have many fearing that their cheap defence enabler days are over. However, a two week return for a Grade 2 ankle ligament injury is unprecedented. I would not be surprised if Tsimikas starts the weekend or comes off the bench, and I rather have a one-pointer than wasting a transfer on Livramento or Duffy, who we still cannot be fully sure are nailed.

Why the panic sell? Did you really plan on playing him against Chelsea and City? He will be back after the international break for the fixture swing. Arsenal are poor but he still represents great value and is an unnecessary sell.

A single shot from two games. They do play Norwich next but I have not seen enough reasons to keep him. Poor form and early sub – time to rip the plaster off and sell. The counter argument is with Perez suspended he will still start. Well, I would not be surprised to see Rodgers give Daka and/or Iheanacho a shot in a 3-5-2.

Hasn’t really had the start we were hoping for, has he? Fixtures turn after next week. There are better assets at this price, which I have been capitalising on… In FPL I have sold Barnes for Benrahma. The eye test and stats fully support this move. I refuse to say this is a knee-jerk move. I shall however be hiding behind my couch for Norwich v Leicester.

While in FanTeam I was conservative in one team and regrettably started with the safe Soucek pick, I have reversed that now! I have four teams, selling Soucek and & Buendia for Benrahma in two teams, and Wilson for Antonio in another. I cannot believe when I looked at my four teams I didn’t have these assets in any of these.

That leaves me with one free transfer, two starting defenders and a headache. Do I make a boring defender move or hope Bertrand and Tsimikas play? I am leaning towards the latter and rolling one transfer into a Covid filled international break. However, Covid is already affecting our teams, so if we can’t roll a transfer because of this, it is fully justified in my opinion.

When it comes to captaincy, I like to stick to blue chip options. So my armband is currently on Son at home to Watford. Antonio who is also at home is appealing, I probably will not risk it but he will be in my thoughts. Ings is also at home and is a good pick, but Brentford have yet to concede and I prefer the previous two options.

Here is how I am shaping up ahead of Gameweek 3: