Captaincy is difficult, yet straightforward this week. As you can see from the below, we have very little fixtures to choose from. Leicester have the best fixture, but with Vardy injured no candidates standout, while Maddison hasn’t got fully back to speed following his injury. Next best fixture is Wolves, who cannot attack and we cannot be assured of a clean sheet against Leeds. So that leaves us with picking a captain from one of the trickier fixtures this week.

Prices are FPL and FanTeam respectively

Son is not far behind with 4 attacking returns, 4 big chances and 3 big chances created. Son does get an extra point for each goal and clean sheet (although Spurs don’t get many of the latter), nevertheless, looking at FPL points, Kane has averaged 9 per game in last 5 matches versus Son’s 6. 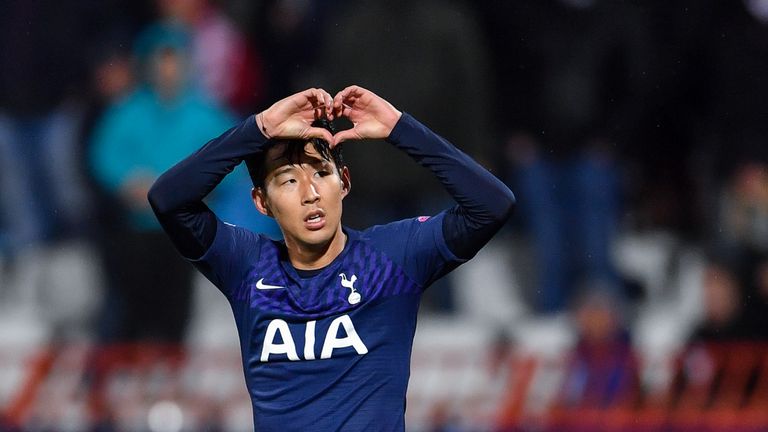 Kane is in hot form and is the best captaincy pick of the two (and the lot) in my opinion. But if you are still not convinced, in the last 5 games Kane has had 10 shots in the box compared to Son’s 6, a xG of 3.6 v 2.3 and both have 18 touches in the box.

Son may be more creative with 11 chances created to Kane’s 7, but as stated both created 3 big chances and as a result have the same xA of 1.8.

West Ham is a tough enough fixture, but they have a tough Europa league decider on Thursday against Sevilla and they are likely missing Bowen and/or Antonio. So perhaps this fixture is better than it feels, the Hammers have been struggling of late too.

If you don’t fancy Spurs or their fixture, there are some but few little options. If we look at the last 4 matches, Toney (£6.6m, £6.3m) has the best xGI of 4.34 beating Kane’s 3.22 and Son’s 2.10. Although, this is inflated from 3 penalties, the Brentford man still managed 7 goals over this spell and is in fine form.

As previously called out, Leicester are shaky at the back, particularly from set-pieces where Toney excels. However, despite his brace against Burnley the weekend, he had not registered a shot until the 84th minute of the game. Despite their poor form, I expect Leicester to come out on top here. Toney is a good striker option this weekend but not as a captain. Another name that beats Kane on this list is Raphinha (£6.5m, £7.4m), who has a xGI 3.32 puts him 2nd. Yet despite these numbers, he only has 1 assist to his name. He has the goalposts at Elland Road needing repair from hitting them so many times of late. His form is fantastic and has been unlucky to not return more fantasy points. If you want a punt, he is my favourite non-Spurs captaincy pick.

Lacazette (£8.4m, £7.8m) completes the top 5 players with xGI over the last 4 matches with 2.82 and is just pipped by Raphinha as my differential pick. Since Aubameyang’s departure, he has led the line with class. In the last 11 games he has only blanked twice, while scoring 3 goals and assisting a massive 8 times! However, in FPL he has only had one double-digit haul. So although he should return, I fancy Son or Kane to have a higher ceiling and a more explosive return.

I believe this Gameweek is all about survival. Keep your head above water and go with defensive picks. There is plenty of time before the end of the season to be different. So in line with that pick high ownership players in your squad like Kane, Son and Raphinha. Them follow that up with a safe captaincy pick in Kane. If you can’t afford the Englishman, Son is a fine alternative (I still prefer Kane and am taking a hit to get him alone in). But if you are determined to be a maverick, have a punt on Raphinha. It feels like he is about to burst fantasy wise any day now – as his performances have been electric.

Hopefully this is helpful and whoever you choose hauls!