As we are saying all across the world in all aspects of life, psychology is becoming an ever-important phenomenon. It helps us understand ourselves and others better, so we can recognize why people take certain actions or react in various ways. FPL is no different and understanding the type of manager you are can go a long way to helping guide your season. Understanding your style and how you react to both positives and negatives can make you enjoy the game a bit more and not get so down in the gutters when things aren’t panning out as planned.

To clarify, I have not studied psychology so I am not an expert. But I do enjoy reading up on the area and I have applied this to my professional life and last season, my fantasy football. Pre-season is the time to gather your thoughts on this and strategize for the campaign ahead. The lessons are endless, but I will discuss a few core themes, which may help your game.

Are you an adventurous manager or are you risk-averse? Or somewhat in between?

Personally, I am risk-averse, I make the safe transfers, captaincy picks and chips usage. I am never going to win the game this way, I may not ever get into the top 1k, but I am fine with that. On the flip side, I have finished in the top 40k in 7 out of 10 seasons, winning many mini-leagues along the way.

The same holds for FanTeam, I won't win the £200,000 jackpot any time soon, but I am confident that I will continue to make a consistent profit. The safe strategy works for me and it resembles me in day-to-day life, hence my fantasy games follow suit.

Others, though, would find this boring. They love a punt, they take hits frequently. Players such as Lateriser are a great example of this. Bringing in Aguero for one fixture and captaining a haul. He has finished in the top 100 on numerous occasions but had a blunder of a season last year. I have heard some managers set up their GW1 team for their bench boost and wildcard in GW2 – two chips in two weeks! They do this to avoid the need for a strong bench later in the season and wasting transfers to plan for this, while also jumping on bandwagons early and getting them price rises. Such a strategy can put you on your way to the top 1k from the get-go or blow up in your face as we’ve such little information to work off from 1 GW.

So what type of mange are you? If you are risk-averse like me, remember it is a 38 GW season. So don’t stress if you are outside the top 1mn at Christmas. I was the last two seasons and I finished 13k and 40k. Set yourself risk-averse goals, like only taking a maximum of 4 hits in a season. Buy Salah in GW1 and never sell him. While the riskier managers out there, you don’t need help from me! Have fun and good luck with the Dunk triple captaincy!

Make Your Own Decisions

If you are reading this article, it is likely that you are in the FPL Twitter community. A great community with endless resources, advice and threads – which can sometimes lead to tunnel vision. Like a horse, if it keeps being whipped, it will run faster. While FPL managers keep getting slapped with threads on why you must have Sarr come GW1, many will end up getting him in.

The FPL Community is primed for the concept of ‘herd mentality. When each account in the community says “Sarr, Sarr, Sarr”, it leads to individuals believing that Sarr is the main man. It is important to first recognize this phenomenon, take this into account when you are making your decision and most importantly make your own decision at the end.

These threads can feed your narrative, but don’t let it dictate it. Remember, the FPL community only represents a small proportion of players – so don’t be afraid to stand out from this micro-herd.

A side note on this, when reading threads or opinions, don’t take them as kosher. Many content creators use stats to feed support their point. For example, a player has not scored away from home under Ryan Mason in the last 6 GWs he has been in charge. Yet said player only had one away game in that timeframe. Threads are useful but rely on your own homework. I also suggest having a small group of trusted confidants to throw your thoughts at one another. It proves a much more reliable source of challenge and advice in my experience. 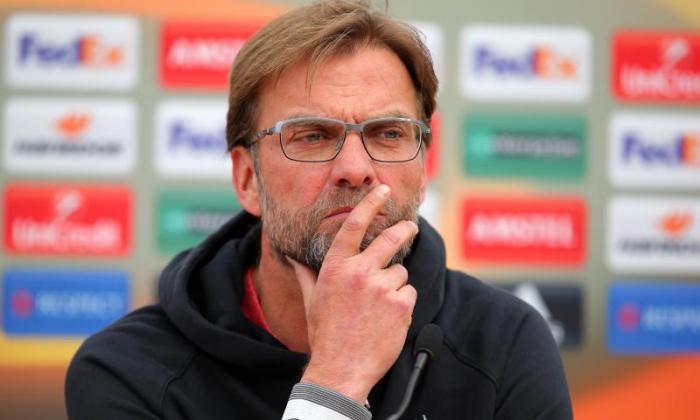 If you are like me, finalizing a decision and clicking that ‘Transfer’ button is one of the stress points in my GW. You’ve done all your research, article reading and stat exploration, but how do we decide when we buy and sell a player? Is it a mistake to drop King Salah after a run of blanks? Here’s some thinking to help you with that strategy.

Look at the player independently, like he is not in or out of your team. As things stand would I buy Salah for my team? The guy has blanked 6 matches in a row and Liverpool are on a poor run, two big cons. But his numbers are good, fixtures are good, Liverpool need to chase Champions League and his FPL history is filled with returns. Would I buy him? For me, in this scenario, it is a yes. So I would buy. Hence, I kept him in my team.

Conversely, if I look at Gundogan who tapered off towards the end of the season, I would not have bought him given the return of De Bruyne limited his output and rotation was at an all-time high with Pep and the league all but assured. As a result, I sold him even though I had a lot of value tied up in him.

Take a step back, breathe and assess the situation holistically. This may not always be as easy as it sounds as we are all prone to an overreaction after a poor GW. For example, last season when De Bruyne exploded early on, I over-reacted to this one result getting him and Neto who was looking strong for a hit. Needless to say, that did not work out! Don’t over-react based on what you have seen in one GW.

Having said that, be wise to an early bandwagon and obvious moves. Two seasons ago, I chose last minute not to get Lundstram given rumours he was not nailed. He banged in GW1 as did Martial playing as a striker for Manchester Utd. I then did the unthinkable and took a -4 for a defender. It was the best decision I had made that year in a great season. Lundstram and Martial were both playing out of position and given the praise from their managers, I was assured it wasn’t a one-off. So I got on the bandwagon early and it changed my season for the better.

As mentioned at the start of this article, now is the time to self-reflect to help shape your season for the better. Read the above, have a think, reflect on yourself and your styles and write down what you discover. Write a few rules for yourself to guide you or help you from tripping yourself up. But most importantly – enjoy the season and the great game of football.

P.S. it is fine to get Sarr if you like – I was just using him as an example!