Fantasy Premier League and FanTeam are now live! Prices are up, reclassifications are confirmed and the tinkering has begun with mighty enthusiasm. All that remains is fixtures, allowing us to see which players really are good value ahead of the season start. Nevertheless, we can compare and contrast player’s prices between these two great games to see where one may have missed a trick and seriously under-priced a player or possibly even a whole position…

In the goalkeeper department, it looks like FanTeam have been kinder on their pricing.

Lloris, Rui Patricio and Schmeichel all came in at £5m in FanTeam, £0.5m lower than FPL

This is frustrating from an FPL perspective as Lloris and Patricio, in particular, had cause to come in at £5m. Post restart, Lloris encouragingly kept 4 clean sheets from 9 matches and averaged 3.33 saves per match. While Wolves kept 9 clean sheets since Boly’s return in GW25. Great FanTeam assets, but too dear for FPL.

Furthermore, Pickford, Guaita and Fabianski came in at £4.5m in FanTeam compared to £5m in FPL. Further empathising the value in Goalkeepers in FanTeam. Guaita kept who kept 10 clean sheets and 111 saves (3.08 a match) looks a steal.

In defence, FanTeam and FPL both seem to have a few under-priced darlings each. So those playing both games may be looking at a completely different line-up at the back.

In terms of value for money in FPL, we can see FPL has under-priced a number of attacking fullbacks. Doherty received a price hike in 2019 given his outstanding debut season. Yet he lived up to this hike recording 4 goals and 8 assists. He had 35 attempts on goal last season which puts him 3rd out of all defenders with only TAA and Lunstram (now a midfielder) managing more. Azpilicueta also collected 6 assists for 3 years in a row and had a further 2 goals. However, clean sheets have dried up at Stamford Bridge, and we need to see an improvement here before investing.

Wan-Bissaka enjoyed an excellent defensive debut season at Manchester Utd, and we saw improvements attacking wise towards the end. He proves good value at £5.5m in FPL but may be a stretch too far in FanTeam. Error-prone Aurier still managed 1 goal and 7 assists, again representing good value in FPL but not in FanTeam.

With Pereira injured and Chilwell out the door, it looks like Justin is under-priced in FPL at £4.5m. So does Leeds attacking fullback Ayling, who managed 4 goals and 5 assists in the Championship.

In a fairy tale first season Sheffield Utd kept 13 clean sheets, and it is surprising to see their assets come in at £4.5m in FanTeam, representing great value. Tierney’s first season at Arsenal was plagued with injuries but he still managed 1 goal and 2 assists from 986mins. Favoured by Arteta and with many expecting big things from Tierney, he could prove a steal in FanTeam.

A must-have for me is Vianagre at £4m. With Jonny out injured possibly to the New Year, Vinagre will deputise in the attacking wing-back role in a strong Wolves team. A bargain at £4m! 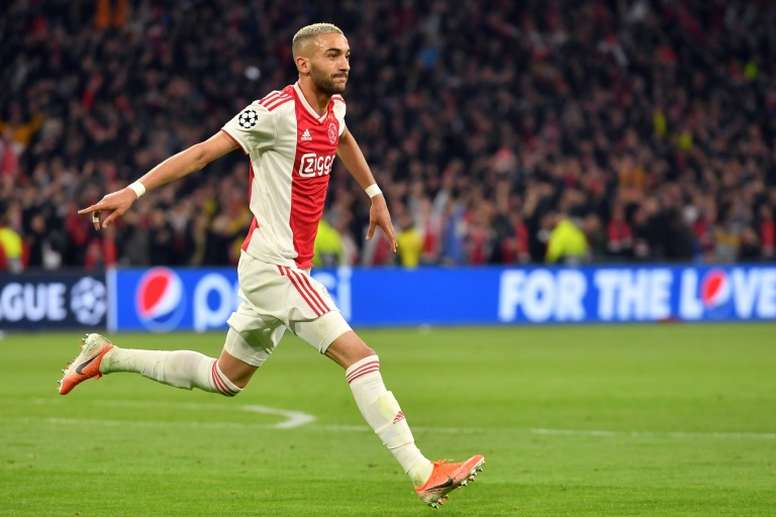 From here on out, the tide turns and we can see there is much better value in FPL. When FPL started drip-feeding us prices on Friday and Saturday, there was a general consensus that the premium prices were very reasonable. When contrasting this to FanTeam it becomes evident.

Looking at last year’s top scorer in FPL we can see there is great value to be had in Kevin de Bruyne. With his creativity and relatively low price tag, he is a great set and forget option in FPL. His stats last year were astonishing.

From 32 starts, DeBryune created 33 big chances, top in the league by a long stretch with Mahrez coming in 2nd with 18

He also created 136 chances again top by a distance, with Grealish in 2nd creating 91. Not only is he a creative wizard, but he is also joint 2nd for goal attempts with 132. Combining to give him a total of 13 goals and 23 assists. FanTeam have picked up on these brilliant figures and slapped on a hefty tag of £12.5m accordingly.

Salah and Bruno both come in at £0.5m cheaper in FPL. This may seem small but it will greatly hinder your ability to fill your team with multiple premium assets. Bruno had a phenomenal start at Manchester Utd with managing 8 goals, 8 assists and 6 double-digit returns from 14 games. He looks under-priced in FPL at £10.5m. However, he and Salah do not face as much competition in FanTeam midfield department. Although Greenwood is reclassified as a £8.5m midfielder, Rashford and Aubameyang remain strikers in FanTeam. Reducing the pool of premium midfielders to choose from.

There is some heavy price inflation in the FanTeam headquarters when we look at the mid-tier midfield assets with the below selection of players all coming in for an extra £1m when compared to FPL.

Maddison at £8m with 6 goals and 5 assists for the season seems extortionate. This may force us to look elsewhere for value in FanTeam. For instance, those interested in Pulisic but who are put off by his £9.5m price tag should look at Hakim Ziyech who comes in at £8.5m.

In FPL, I recommend players to splash the extra £0.5m for the tried and trusted Pulisic, but in FanTeam, Ziyech, who scored 6 goals and 13 assists from 21 games in the Eredivisie last season, looks worth the punt for a £1m saving.

The inflation also transpires into the budget midfield options, with the below £5.5m assets costing up to £7m in FanTeam.

Scouring for an upside in FanTeam midfield prices proved difficult, but find below a few potential gems. Raheem Sterling ignited at the start of last season before dying out. However, he looked exhilarating post-restart and offers a £1.5m saving on De Bruyne. With his explosiveness, he may turn this tide and reward you massive captaincy hauls.

After that the benefits are minimal. Zaha who may be a bargain if he moves to a bigger club. Grealish comes in at a reasonable price while Mount is a great Chelsea budget option. With their strengthened attack, I see him picking up many more assists than last season’s 6 as it is unlikely Abraham will be playing and wasting them. 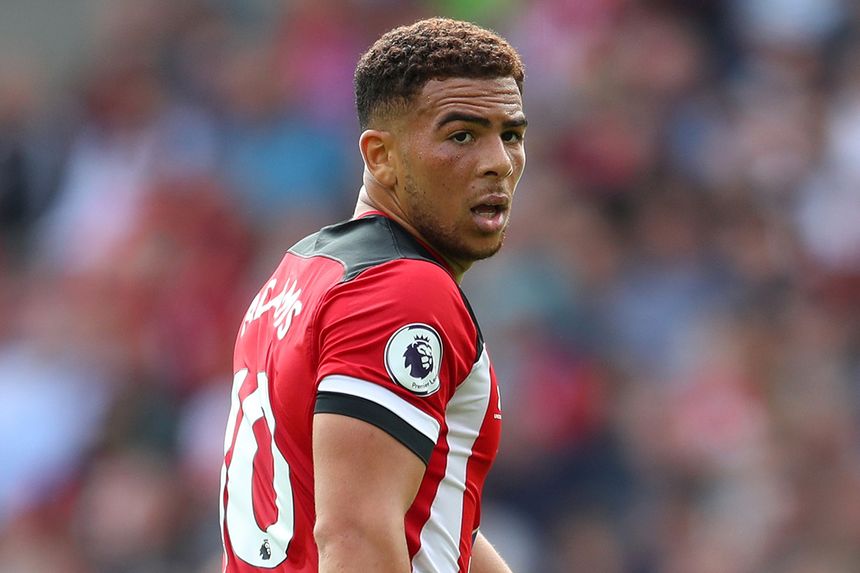 Unfortunately, the price inflation in FanTeam persists in the striker department. Even after being reclassified as a midfielder in FPL and getting an extra point for every goal, Rashford comes in at £0.5m less in FPL – a double whammy for FanTeam players interested in the United asset. Fortunately, inflation is not as strong as it is in the midfield. Although that is a desperate search for a silver lining.

Martial is ever-improving as a striker, but I believe £10.5m is too steep a price tag. This could indicate he is a steal at £9m in FPL.

Werner represents the best value in my eyes in FanTeam

In 34 Bundesliga appearances last season, he scored 28 goals and provided 8 assists and only represent a small mark-up in comparison to FPL. Per my previous article you can see he comes into a highly creative Chelsea team who are just waiting for the right person to start sticking more balls into the net.

Having scrapped the end of the barrel, the only players under-priced in FanTeam worth noting are below. Even from these 3, Aubameyang doesn’t really count as he is a midfielder in FPL. Although, I do like the look of Che Adams who seemed to eventually settle at Southampton at the end of the season scoring 3 times from 1 start and 1 sub appearance in the last 2 gameweeks.

OK, FanTeam does look more and more difficult as you progress through each position with many players being overpriced in comparison to FPL. To summarise:

But we need to be challenged right? This mismatch also gives you an opportunity to be creative. In FanTeam you can have 2 quality keepers for £9m. You can also have TAA, VvD, Basham, Vinagre and Ferguson for £26m while they would set you back £28m in FPL. Combining these gives you a very strong defence and £65m to spend on your attack.

Another benefit to FanTeam is you have much more budget-friendly options compared to FPL, with over ten £4.5m forwards to choose from compared to four in FPL. You also have £4m midfielders and strikers you can sit on the bench and spend the savings on big hitters, while contrastingly, the cheapest available in FPL are £4.5m. So think creatively and you can negate the overwhelming underpriced assets in the FPL game.