The international break is a great time to pull that wildcard in FPL and FanTeam £1,000,000 season-long games. You got two weeks to tinker, you can jump on price changes and with Covid ever-present and players being ruled out endlessly, you can ensure you have a starting 11 with a strong bench. The cherry on the top being Ronaldo joining Manchester Utd (£12.5m FPL, £11.5m FanTeam). He is a great addition to any team but may be hard to reach without completely ripping up your team.

A word for the non-wildcarders though, do not fear. I am in the same camp. Catching price rises isn’t the be all and end all. Three gameweeks can sometimes paint a distorted picture (aka Everton and Wolves last year). And capitalising on Chelsea and City’s fixture swing in Gameweek 7 or 8 (the next international break) are great prospects too. Especially if you can afford to get Ronaldo in with two transfers.

In this article though, I will discuss the best wildcard options and if I was to trigger it, who I would be investing in.

When building a team I think you should start with your main assets and field a team around them. Each team should have two premiums that you rotate for captaincy. At the start of the season, the template was Salah and Bruno. But with Ronaldo and Lukaku’s arrival, things have been shaken up a lot. I think the optimal strategy is one premium midfielder and one forward. Given the plethora of premiums in each position now, this gives you the capability to easily switch from one to another based on form. My two premiums on a wildcard would be:

Starting with these two, I would then plan to swap Ronaldo for Lukaku in Gameweek 7, giving the following fixture run for captaincies until Gameweek 12: NEW, CRY, bre, wat/bre, NOR, new, BUR.

Jimenez has blanked on 3 occasions, but Wolves fixtures are looking beautiful until December. Under new manager Lage, they have the 3rd most shots in the league. Although their 4 big chances and xG of 4.4 puts them mid to the lower end of the table. Nevertheless, this was against tough opposition and we know Jiminez does not need clean-cut chances to convert. While Leeds do dace Liverpool next, their fixtures then look brilliant. We know how creative Leeds are and Bamford managed 17 goals and 11 assists last season, so he is more than capable. If I were using my wildcard I would be using it to take advantage and jump on these early. While my first pick would be Salah my next would be Torres (£7.1m in both). He is a cheap midfielder, playing for the best attack in the league as a striker. After 2 blanks he capitalised against Arsenal with 2 goals and an assist. I think he is a great buy on a wildcard, even though I have a few small concerns. No one is immune to Pep rouletteб and I would not be surprised if Kevin de Bruyne and Sterling get some run-ins as a false 9 in his place.

The similarly priced Greenwood (£7.6m in both) would be high on my list. There are calls of concern that he may lose his place with Ronaldo’s arrival. However, I believe that given his form a spot in the starting 11 is his to lose. If rotation does concern you, I am a fan of Mount (£7.5m, £7.0m) as an alternative. He is nailed under Tuchel and although their short-term fixtures are not so pretty on the eye, that has not hindered them yet, then they have a lovely run of fixtures. Mount has really impressed my eye-test this year, while statistically, no one can better his 3 big chances created.

Onto the enablers, Benrahma’s (£6.4m, £6.2) fiery start (2 goals and 2 assists) deservedly puts him in any squad. But like Jimenez, Traore’s (£6m in both) fixtures are looking brilliant. Amongst midfielders, only Salah can beat his 12 shots while he has also been on the receiving end of 2 big chances. Again, this is all against tough opposition. So I expect his fortunes to change very soon. Also like Bamford, Raphinha’s (£6.5m, £7.5m) fixtures are soon looking great. The Brazilian offers both goal threat (11 shots and 2 big chances) and creativity (4 chances created, 1 big)

Last and least (sorry) is Sissoko (£4.5m in both), who represents a great enabler. His move to Watford sees him become a nailed player who has a history of some goals and assists.

Alexander-Arnold (£7.5m in both) is still a must for me. Some may try sell him to squeeze in more premiums, but he is a premium in himself. In 3 games he has already created 15 chances and 3 big chances. Both first, across all positions! He has also had 5 shots. His xGI of 2.1 is 7th best across all positions, tied with Bruno.

If it was not for Reece James' hand-ball, Chelsea would have 3 clean sheets from 3, against some good opposition too. Tuchel has Chelsea set up so well defensively I can see them keeping clean sheets against anyone. So I wouldn’t let fixtures put you off investing and I would get in before the crowd! I like Rudiger (£5.5m both) as he is nailed and provides some goal threat from set-pieces.

I also like the similarly priced Shaw (£5.5m, £6m). With Varane at the back and delivering a promising debut, I expect more clean sheets. I also see his assists picking up with him being able to pick out the colossal that is Ronaldo in the air from corners and crosses.

Some more Wolves for you, I think Semedo (£4.9m, £4.5m) represents cracking value. Lage pushes his full-backs very high which has allowed Semedo get into dangerous positions. I prefer him over Reguilon (£5.1m both) given his fixtures, although he is a great option too. Arsenal have started dreadfully but their fixtures are now brilliant, so I would gladly still consider White (£4.4m, £4.5m). 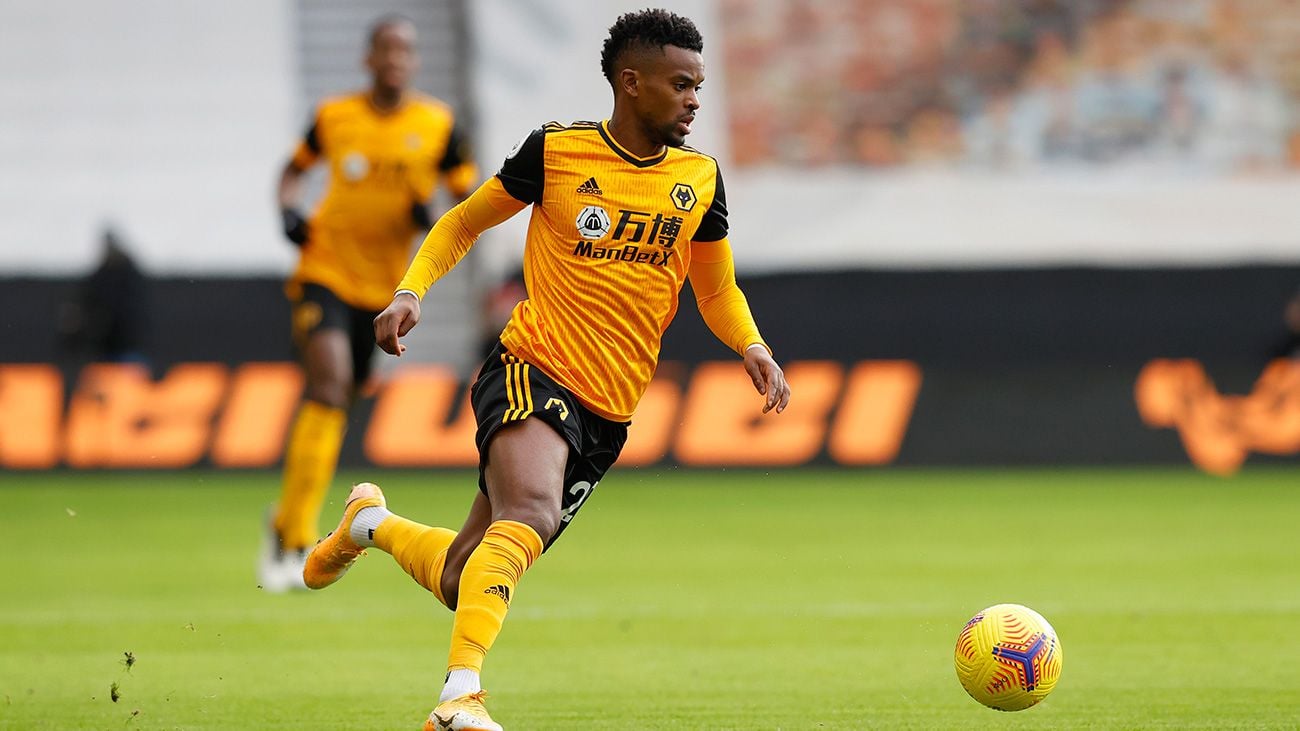 This is where I fall foul of three Gameweeks not being a large enough dataset. I would go ultra-cheap with a £4.0m dud and a £4.5m option, with Raya, Sanchez and Guita all being sound choices. I would not be as keen on Bachmann. Dubravka is still out for Newcastle.

This is probably how I would set up. I would have £1m in the bank with this team (which may vary for you based on team value). Where I would be open to change is:

Thus the nailed players on my wildcard would be:

It may not seem like many, but the pool of options I would replace them with is minuscule!

Hopefully you, wildcarders, find this helpful and good luck!