FPL Mini-Leagues: What Type of Manager Are You?

An FPL mini-league is exactly what it says on the tin! If you have a bunch of friends, family members or work colleagues playing the game then the mini-league feature allows you to compete with one another while enjoying top-class action of the English Premier League!

The advantage of creating or joining a mini-league is that it allows you quick and easy access to discover how you are doing in relation to your friends, relatives or work colleagues! If you go on to win your mini-league, you’ll have the bragging rights of a champion! You may even pitch in a few quid each to form a prize pool for the champion come the end of the season.

First, there’s the ‘Classic’ version that ranks teams based on their overall points. A straight forward version of the game where the person with the most points at the end of the season wins!

Secondly, there’s the ‘Head-to Head’ version that allows FPL managers to battle it out against a different opponent from the league every game week! This is a fun way to make every game week super competitive! 3 points are awarded to the winner of the head to head battle, and should there be a draw, each manager gets 1 point.

Remember, managers can enter up to 20 private mini-leagues! (our mini-leagues code with cool prizes to be won can be found at the end of this article).

But before you join, let's see what type of manager you are!

The Different Type of Mini-League Manager

There are hosts of different FPL Managers that you’ll come up against in your mini-leagues. Don't be surprised when your loved ones transform into one of these archetypes once the season starts. But beware, some transformations may be irreversible until the season ends!

This is the manager that boasts the best rank history in the mini-league. Uses just the right amount of data to eye test ratio. Due to making the most of every price rise through the front end of the season is able to afford all of the best players for the run-in after Christmas. An extremely dangerous opponent!

Plays the game using several homemade spreadsheets and assesses every move like his life depends upon it. Loves making transfers based on stats and facts. He’ll be the Manager confusing everybody in the WhatsApp group with talk of XA and XG. Don't let him get into your head!

He’s the one that everybody wants to beat. He’ll be the overly confident one at the beginning of the season boasting how everybody else ‘might as well give him the prize now’. But when things don’t work out for Mr Mourinho, it will never be his fault, he will always have excuses ready for the reasons why he didn’t win. Let him win and you'll never hear the end of it.

This is the kind of manager that celebrates every goal his team scores like he actually scored it. He lets FPL dictate his emotions far too easily. When things are going well, you’ll see him strolling about the place fist-pumping with a smile on his face. But when it goes badly, he won’t eat, shower or smile for days on end. It might be hard sharing a household with the Klopp-type on the weekends. 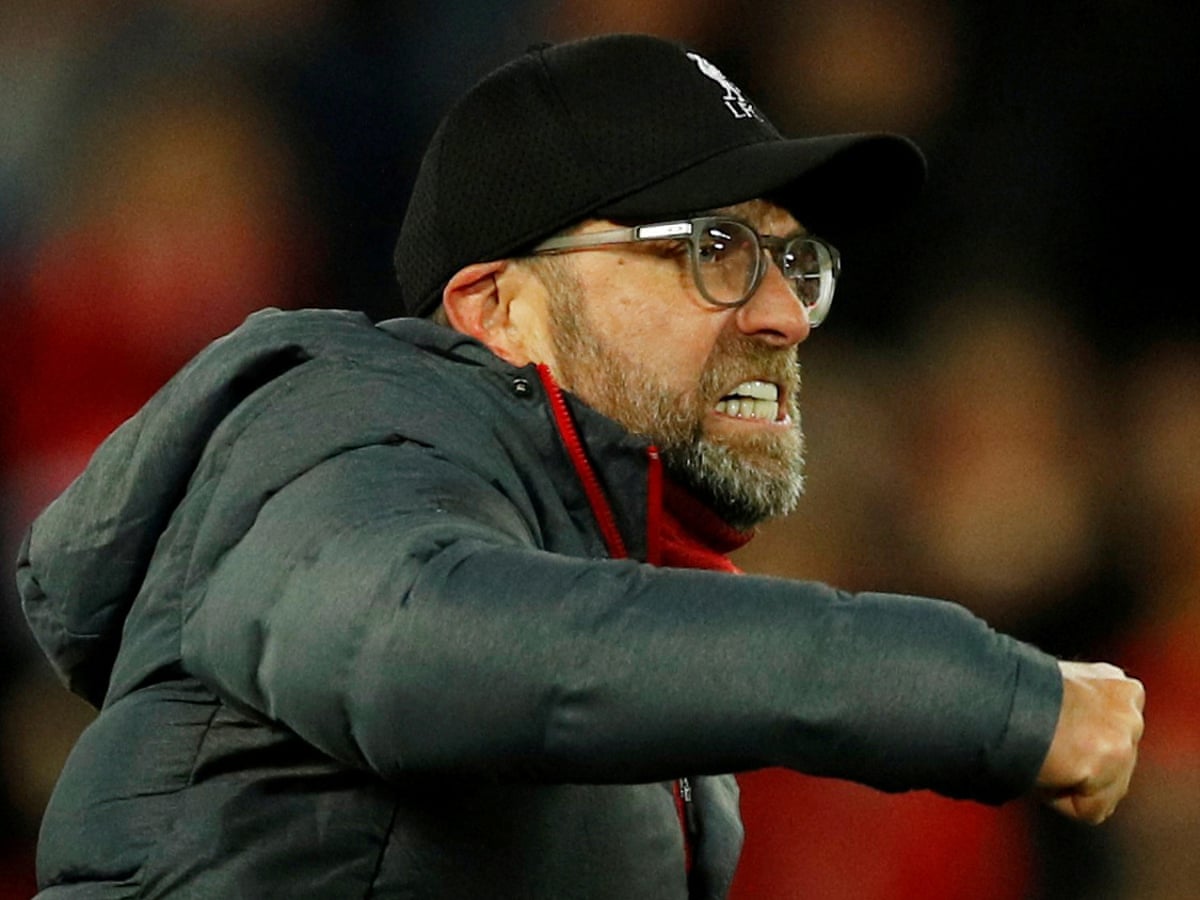 There’ll always be one Manager in the league who you know has no idea of football, yet he always seems to make the right moves week in week out. But where do they get this information from? That’s right, they have an assistant manager hidden away in secret. Finding out who that person is and playing mind games might be highly advantageous to your mini-league fortunes.

Loves nothing more than going with five in the back. He’s obsessed with hunting down clean sheets with very little interest in owning flair players. Burnley assets are more important to him than his own children. "Salah? Nah, never heard of him."

The Dutchman lasted just 77 days at Crystal Palace. In FPL terms, he is the kind of manager who spends fifteen minutes throwing a team together an hour before the deadline on GW1. By GW3 they have forgotten their password and already given up on their team, leaving it to sit miserably at the foot of the mini-league for the rest of the season. Just make sure their only head-to-head victory of the season doesn't come against you. The shame would be unbearable!

Always on the lookout for a bargain. If there’s a £4.0 defender in a starting line-up one week, then you can bet your bottom dollar that he’s in Harry’s squad come the next game week. He'll be scanning through the striker options on launch day looking for Peter Crouch and Niko Kranjcar. 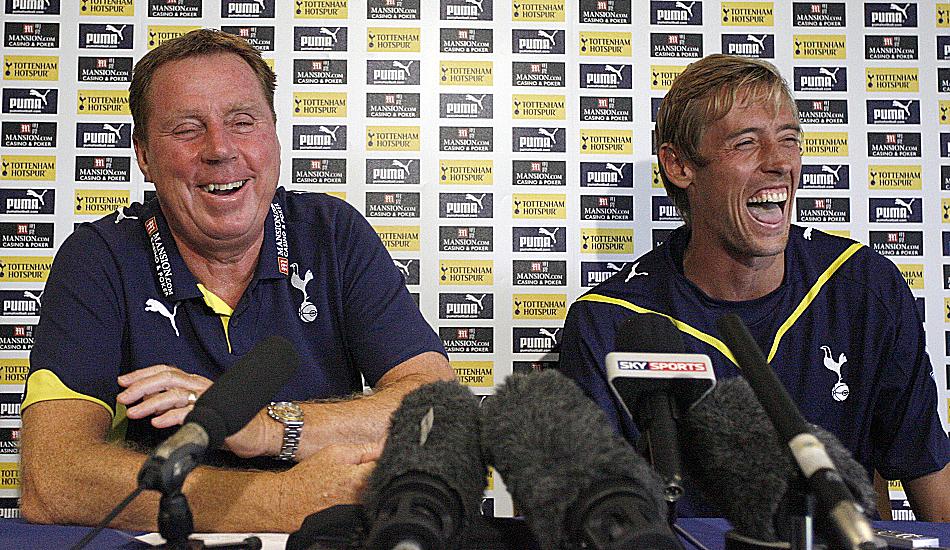 This manager just loves to tinker. Don’t you worry about him missing a deadline, he will make his transfer every week without fail. His itchy thumbs will often lead to regular hits. He tinkers so hard his words turn to dilly-ding dilly-dong!

This is the manager who tries his best but just isn’t very good, unfortunately. At least he is trying!

Having won several mini-leagues over the past three years playing FPL, here are some tips that might help you plan for mini league domination in the 2020/21 season no matter what type of a manager you are..

Of course, everyone will have their own unique strategy but I like to split my FPL season into three time periods and make strategic and tactical decisions based on that.

In this period, I tend to just play the game as I see it every week, bringing in players that I fancy and being reasonably aggressive with transfers. I like to work with spreadsheets as they provide a visual to see upcoming fixtures. Ordinarily I use my Wildcard before GW10.

Once we hit GW20, I think it’s important to start assessing your position in the league. If you are sitting proudly at the top of the mini-league, then I’d suggest you keep doing what you are doing and hoping that your luck continues. Go with more solid captaincy choices and stay away from differential captains.

However, if you are in the chasing pack, then maybe it’s time to be a little more ‘Maverick’ by getting some lesser owned differential players into your team to try and make up the ground and put yourself in contention for the top spot come the final run-in.

If you are at the top of the league, then you might deploy ‘the shield’ strategy. The shield is where you match the moves of those hunting you down might make, thus making it harder for them to make the ground on you. If you are chasing the leader then you might deploy ‘the sword’ tactic; the sword is where you become ultra-attacking, bringing very lowly owned differential players into your team and punting on some alternative captain selections. It’s all or nothing right?

When it comes to using chips, I’d almost always try to keep them for the second half of the season where it’s more likely we see double game weeks to take full advantage of. Even if there are no double game weeks (highly unlikely) these chips will always prove crucial when it comes to defending your lead at the top of a mini-league or chasing down the top spots!

I will share more tips on how to achieve success in your FPL Mini-Leagues in my next article!

We are delighted to announce that we’ll be hosting the first-ever Draft Gym mini-league for the upcoming 2020/21 season with some great prizes to be won! Swag pack of football goodies (worth at least €200) for first plus DraftGym merchandize for top finishers. Keep an eye on the Draft Gym twitter account (@DraftGym) for further details in the near future!