This article will appeal specifically to those managers that are planning to use the free hit chip in GW29. If that is your intention, then I feel now is the time to start gaining advantage on those who are not free hitting in GW29. Here are the three key teams and their assets that I feel gameweek 29 free hitters should be targeting ahead of gameweek 26.

Currently sat in 3rd place and a real contender for a Champions League spot this season. The Foxes have lost just once in the last 12 Premier League games and are playing some really attractive football. Fixtures look good for Leicester as they approach GW29 — they host Arsenal this weekend before games against Burnley, Brighton and Sheffield United, three games I expect clean sheets from. Following on from GW29, Leicester have a difficult home tie against Man City before a lovely run of games against West Ham, West Brom, Crystal Palace, Southampton and Newcastle.

Leicester are seriously investable right now and for me, they are the key team that any gameweek 29 free hitters should be investing in. The only caveat is that they’ll be missing James Maddison who’s been an integral part of the Leicester attack in recent weeks, but I’m certain that Youri Tielmans (£6.4) can step in and be just as effective.

Sat on 125 points with 9 goals and 5 assists for the campaign which doesn’t sound a great deal but right now Harvey Barnes is in superb form and looking a constant threat. In the last two games, Barnes has 2 goals and 2 assists and since gameweek 15 has scored 75 points (3rd highest of all players). In my opinion, Barnes is the easy move for anyone looking for Jack Grealish and James Maddison replacements.

Since his return from injury in GW23, Jamie Vardy has returned with an assist and a goal. We all know the threat that the speedy striker possesses and has the ability to haul against anybody. Vardy has 12 goals (7th) and 9 assists (5th) so far this season with an xG of 14.36 (1st) and 25 big chances (1st). Whilst non free hitters will flock to Harry Kane, could Jamie Vardy offer free hitters an alternative premium asset over the next three gameweeks?

A super differential given his incredibly-low ownership, Ricardo has potential to hit huge points over the next three gameweeks. Since his return from injury, the Portuguese full-back by trade has been playing almost as a right-winger. Despite Arsenal being a tricky match on paper this weekend, I wouldn’t be at all surprised if Leicester keep a clean sheet and follow it up with another three against Burnley, Brighton and Sheffield United. Ricardo carries the reputation of being a bonus point magnet too.

Everton’s form hasn’t been great of late but a win against their Merseyside rivals in GW25 might just be the fuel they need to kick start their season again. What’s most appealing about Everton assets is that there is an extremely good chance that they have another double in gameweek 28, potentially going up against Burnley and Aston Villa. With that in mind, there is an opportunity here to take advantage of five games in three gameweeks.

He returned from injury with a substitute appearance against Liverpool in gameweek 25 and he looked sharp, outpacing Trent Alexander-Arnold in the build-up to Everton’s controversial penalty. Calvert-Lewin has 13 goals and 6 assists for the season so far, his movement around the penalty box has been fantastic and all 13 of his goals have been from inside the opposition area, exactly what you want from a striker. Calvert-Lewin has a non-penalty xG of 12.0, second only to Patrick Bamford. I love the Toffee’s upcoming fixtures and feel confident that Calvert-Lewin will reward owners.

Everton have only mustered up 5 clean sheets this season so far but the appeal of the Frenchman comes from his attacking qualities, particularly ahead of the double gameweek in 26. Southampton are missing Kyle Walker-Peters and his replacement at right-back Jan Bednarek is looking a real weak link, one that Leeds’ Raphinha dismantled in gameweek 25, and I expect Digne to do the same this weekend. Digne is a real creative threat, he has 8 assists for the season so far and knows exactly how to whip a pinpoint cross into the opposition box. As mentioned above, I fancy Calvert-Lewin to get goals in the upcoming set of matches, and I think Digne will be the man who gets the assists.

As well as Harvey Barnes, I think anybody looking for James Maddison and Jack Grealish replacements should also consider Everton’s Colombian superstar James Rodriguez, who has five goals and four assists for the season so far. On his day he has the ability to take control of any match and pull an assist or goal out of thin air. But returns have been few and far between of late after an exciting start to the season. There is definitely an element of risk attached to bringing James Rodriguez into your teams but one I feel could really pay off given the upcoming fixtures. 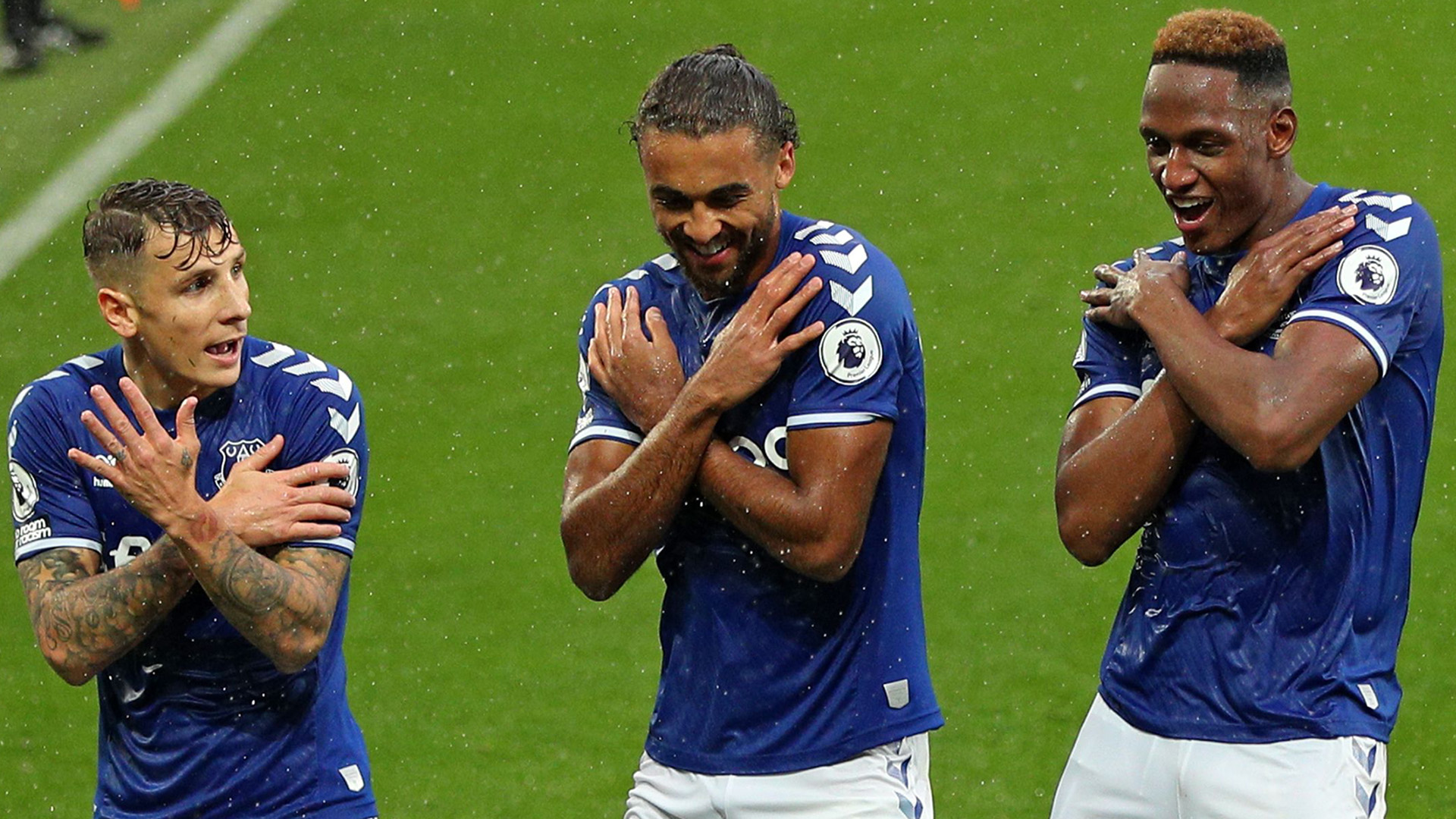 City have won their last 13 Premier League matches and are currently unbeaten in 17, an incredible record from a team in complete cruise control at the moment. West Ham and Wolves visit the Etihad Stadium in GW26, a place where Man City haven’t conceded a single goal in the last six home matches. The last team to score there was actually West Brom all the way back in gameweek 13.

Back from injury and offering managers that take the plunge a huge differential. Despite a lengthy spell on the side-lines, De Bruyne is still sat in second place behind only Bruno Fernandes for big chances created (15). De Bruyne offers huge potential, he can haul against anybody in any game and generally holds his place in Pep’s starting line-up week in week out. Whilst non free-hitters seek Aston Villa and Spurs assets to bulk up their gameweek 29 squads in the coming weeks, the advantage that the gameweek 29 free hitters have is moving to City’s Belgian talisman.

It doesn’t seem all that long ago we were referring to Gundogan as a differential, now he’s highly owned with high expectations on his head, a genuine captaincy candidate for the upcoming double gameweek 26. Between gameweeks 15 and gameweek 25 he has the second-highest xG of all players (5.95) but scored the most goals (10) and FPL points (101). A midfield double-up of Gundogan and De Bruyne could be mouth-watering over the next few gameweeks.

Starting to find himself amongst the bonus points in recent weeks, Dias is comfortably the most consistent Man City defender when it comes to starts. City have struggled to replace Vincent Kompany but Dias is starting to step up to the plate, he’s an integral part of a defence that has managed 15 clean sheets already this season. The only downside to Dias is his lack of attacking returns but he’s surely due a goal from a set-piece? He’s a stalwart in the City defence and a stalwart in my FPL team, highly recommended.

Liverpool: Despite their terrible run of form of late, I still feel that Liverpool assets are investable, none more so than Mo Salah (£12.6). In the next three gameweeks, Liverpool double against Sheffield United and Chelsea before going up against Fulham and Wolves. Mo Salah has the highest xG of all players in the last five gameweeks (3.56) and doesn’t need a second invitation to take a shot with 18 efforts in the last five weeks (3rd). Salah is the league’s top scorer, he can haul in any game against anybody, if you own him I genuinely recommend holding on over the next few gameweeks.

Chelsea: Since Tuchel took charge at Chelsea, it’s been difficult to predict the Chelsea lineup and on paper, their upcoming fixtures look tricky with Man United and Liverpool in gameweek 26 followed by Everton and Leeds. However, these are games that I see Chelsea at least scoring in and for those looking at Maddison and Grealish replacements, I think Mason Mount is a very worthy candidate. He’s on set-pieces, took their penalty in gameweek 25 and is playing a lot more advanced than he did under Lampard. At just £6.8, could he be worth a punt?

Remember, one of the advantages of free hitting in gameweek 29 is that you can attack the teams that don’t play in the blank gameweek. However, given that you’ll be free hitting you can also invest in those teams that are too. If you can get the right balance over the next few weeks, I’m certain that there are gains to be made, I personally really like the idea of targeting Leicester and Everton assets to sit alongside the City assets that most likely own already. That said, finding a way to Kevin De Bruyne could be huge ahead of gameweek 26, especially given the fact he’s had a full rest in the Champions League this week.