In these tumultuous COVID times, a return to even a semblance of normalcy is welcome, and this is why it is so great to have the IIHF World Championship back. It didn’t happen last year, but it sure is taking place in 2021. Make sure you join FanTeam's 10,000 Main Event  with the puck dropping on May 21st!

In this two-part preview, we are going to analyze the rosters of each of the 16 national teams participating in this year’s extravaganza. I am going to single out a bunch of players who may be in for a productive tournament, so be sure to have them featured on your lineups in DFS tourneys on Fanteam. Today we’re analyzing Group A, so let’s get to it!

They were supposed to be the co-hosts of this forum but had these rights taken away from them due to political reasons.

As far as the roster is concerned, it is pretty straightforward here. Their best player by far is Yegor Sharangovich who had a pretty good rookie season in the New Jersey Devils (30 points in 54 games). Shane Prince and Francis Pare may benefit from playing on the top line with him, given that they do play together. One of the potential sleepers here is Vladislav Kodola (32 points in 54 KHL games on an average team), so keep an eye on him. The best blueliner of this team is Nick Bailen. He’s the anchor of the top power-play unit and still one of the best attacking defensemen in the KHL. Other than those five, it’s pretty slim pickings.

The Czechs may have assembled arguably the strongest roster of this tournament. Look at the cornucopia of NHL stars upfront! Jakub Vrana (11 points in 11 games for the paltry Red Wings), Dominik Kubalik (a very respectable 38 points in 56 games), Filip Zadina (19 points in 49 games), Filip Chytil (22 points in 42 GP) – they all deserve to be in your lineups. If Vrana and Zadina are put together, look out, because they have found good chemistry late in the season. There is also a pretty nice variety of goodies on the blue line. Filip Hronek should be their top D-man and the go-to guy for the top PP unit. David Sklenicka and Libor Sulak are Hronek’s cheaper alternatives. I especially love Sulak. His production has fallen recently, but he can shoot the puck like nobody’s business.

One of the weakest teams of this group roster-wise. However, there are a couple of names that stand out, like Nicklas Jensen, the best Danish forward by a wide margin. Another noteworthy name is Alexander True of the NHL’s San Jose Sharks. He may be on the top line alongside Jensen, but don’t expect a big haul for him. On the defense, I like Markus Lauridsen, the potential quarterback of the power-play unit (14 points in 34 games in SHL), and Phillip Bruggisser who had a couple of good seasons in DEL. Still, like I said, tread lightly with the Danes.

Due to the happenings of the past year, the Britts are not going anywhere for the next two tournaments, because this year nobody is relegated to Division 1. Anyhow, this is probably the most vulnerable member of this group, and it’s really hard to pinpoint a star player. A couple of names that jump out are probably Brett Perlini, the brother of longtime NHLer Brendan Perlini, Mike Hammond (4 goals at the last world forum is not shabby at all), Samuel Duggan (a product of Orebro’s hockey school), and Ben O’Connor (the team’s best defenceman with 3 points at the 2019 World Championship).

This iteration of team Russia may be the weakest in recent memory. However, there are some intriguing names on the roster; for instance, the CSKA duo of Konstantin Okulov and Maxim Shalunov. They have been red hot throughout the entire season, although there may be some fatigue creeping in. But the best choice, in my humble opinion, is Alexander Barabanov. He was being marinated in the AHL, but then the Sharks trade happened, and Barabanov was its biggest beneficiary. He found chemistry with Evander Kane and Tomas Hertl and was one of the best Russian players in late stretches of the NHL regular season. On the D, there are actually four quality players who deserve your attention – Ivan Provorov, Igor Ozhiganov, Artyom Zub, and Vlad Gavrikov. Provorov will anchor the top power-play unit, while others are also capable of delivering attacking returns in any situation. 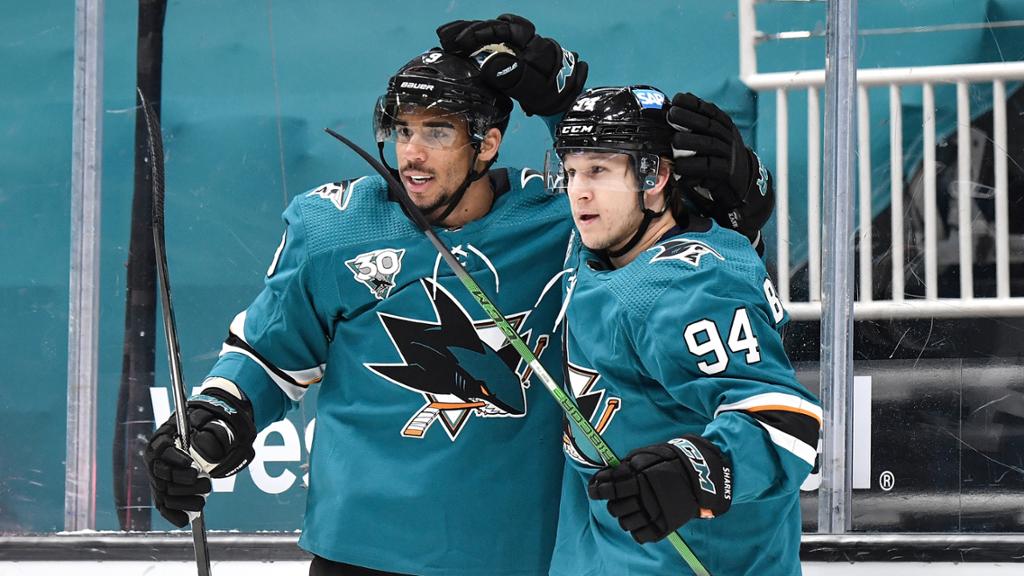 The Slovaks have a decent amount of talent on their roster. Among the forwards worth your attention are: Pavol Skalicky who scored 20 goals in this past Liiga season; Kristian Pospisil who should bring you value despite his affinity towards game misconduct penalties; Michal Kristof, a perennial Karpat forward; Marek Hrivik, a 50-point-getter in SHL, and Peter Cehlarik, a staple on the Providence Bruins’ roster who had a couple of brief stints in the NHL. As far as the blue line, I am intrigued by Martin Gernat who has been getting better by the season in the Czech League (107 points in 177 games in the last three seasons) and Simon Nemec, a 17-year-old with 8 points in 9 combined games at the U18 and U20 world forums.

Eh. I get it, it’s COVID, but really? This is a mediocre roster, to be honest. Still, we need to find value, and that is exactly what we’re going to do.

Sweden’s power is concentrated upfront. The three stars of this team clearly are Rickard Rakell, Victor Olofsson, and Adrian Kempe. They were noticeable throughout the season, even though their respective NHL teams weren’t very good. It is possible that they are going to be playing together, and if that’s the case, here is your ready-made stack. Cheaper value options include Isac Lundestrom (don’t be fooled by just 9 points in the regular season – this guy can play) and Filip Hallander (Leafs’ prospect with decent upside). The defensive corps looks good with players like Henrik Tommernes (scored 13 goals in the last NL season, likely the PP-1 quarterback), Lawrence Pilut (former NHLer and arguably Traktor’s best player last season), and Nils Lundkvist (16 goals overall in the Swedish hockey league). 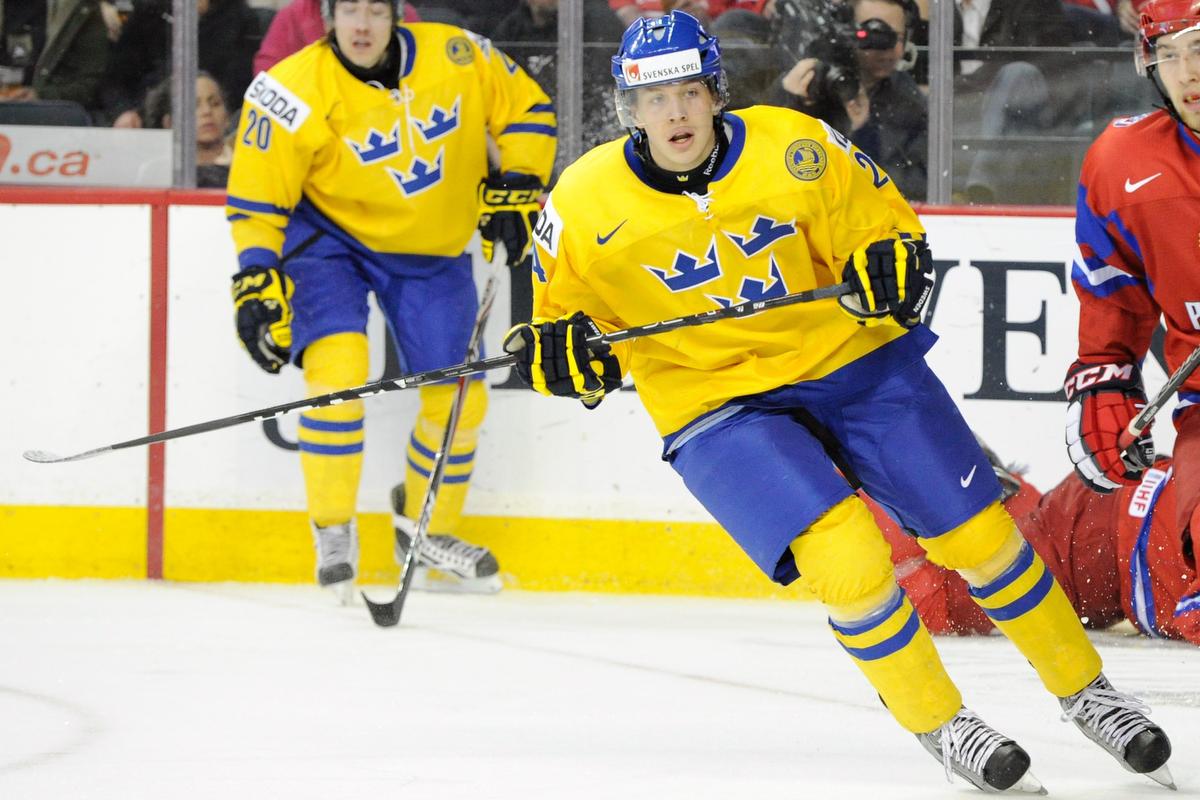 Another sneaky good roster in this group. The Swiss have been close to capturing the glory a couple of times, so this may finally be their year.

Nico Hischier’s season was marred by injuries (11 points in 21 GP), but he is still a key asset for the national team. Timo Meier is another great pick from this group. Those two may be joined by Sven Andrighetto, a former Avalanche who is rocking and rolling back home (63 points in 60 games played). Elsewhere, the Swiss have Philipp Kurashev who benefitted from the Blackhawks’ rebuild policy (a decent haul of 16 points in 54 GP), and Dario Simion who had a breakout year in the NL with 33 goals overall.

The Swiss defense (I’m not gonna make jokes about Swiss cheese, I promise) used to be Roman Josi and the rest, but he is not here this year, so there are other options to choose from. Teammates Raphael Diaz and Santeri Alatalo will be vying for the right to quarterback the top power-play unit, so keep an eye on the lineup. Among cheaper D-men are Mirco Mueller (underrated defenseman who had 6 points at the 2018 world forum) and Ramon Untersander (7 points and strong playoffs in the national league).

That is it for today. Come back for part 2 which will be up soon. Adieu!