In these tumultuous COVID times, a return to even a semblance of normalcy is welcome, and this is why it is so great to have the IIHF World Championship back. It didn’t happen last year, but it sure is taking place in 2021.

In this two-part preview, we are going to analyze the rosters of each of the 16 national teams participating in this year’s extravaganza. I am going to single out a bunch of players who may be in for a productive tournament, so be sure to have them featured on your lineups in DFS tourneys on Fanteam. Today we’re analyzing Group B, so let’s get to it!

Team Canada does not have the strongest roster, but they are always one of the favorites. Besides, there are some intriguing names that should find a spot in your lineups. This team’s biggest star is Maxime Comtois, one of the Ducks’ key players this season (33 points in 55 GP). If Adam Henrique happens to be his linemate, this duo may cause some chaos. Another interesting option is Michael Bunting who had 10 goals in 21 games for the Arizona Coyotes. I wouldn’t sleep on Connor Brown either – 35 points in 56 games for the lowly Senators is a pretty good number. I also love Cole Perfetti, one of the top prospects for the Winnipeg Jets. I think this tournament may be a great platform for him to boost his stock. He is also penciled for the second power play unit, which is good news.

Defense-wise, there are a couple of names that stand out. Sean Walker had a good season for the Kings and is likely to quarterback the top power play unit. Mario Ferraro is another decent option, as is Colin Miller. Jacob Bernard-Docker may be a good cheap pick, especially for games with weaker opponents.

The Finns have just a couple of NHLers on their roster, but this didn’t stop them from winning it all in 2019, right?

Probably the biggest star of this team is Anton Lundell. He is a first pick of the 2020 NHL draft, he had a good world junior tournament (10 pts in 7 GP), and he was at a point-per-game pace in the Liiga season before he got injured. Look for him to do some damage. Arttu Ruotsalainen is my personal favorite among the forwards. He scored 5 goals in his brief stint with the Sabres and was on a tear during his loan spell in Ilves (27 points in 19 GP). Among cheaper options are the HPK duo of Jere Innala and Petri Kontiola. Chances are, they may be put on the same line, and this may spell trouble for the opposition (37 pts in 42 GP and 55 pts in 55 GP respectively). The newly signed Penguin Valtteri Puustinen (41 pts in 51 GP for HPK) may just be a dark horse to be one of the best team’s scorers – if he makes it to the lineup.

On the defensive side of things, I would prefer Oliwer Kaski…and that’s it. Other Finnish D-men are not really that interesting as far as the attacking returns are concerned.

The Germans are going to be without their two biggest stars, Leon Draisaitl and Tim Stuetzle, but there is enough talent on this team to make an impact.

It is not typical for this kind of articles to start with the D-men, but such is the nature of this roster. Germany’s biggest star at this tournament – despite his young and tender age – is Moritz Seider. He was named the best junior player and the best defenseman by the SHL. Seider must be on your radar at all times.

As far as the forward group goes, there are three names that I need to single out. First off, Lukas Reichel, a DEL champion who also scored 4 goals in 3 games during the last U20 world forum. His 32 points in 47 games is nothing to scoff at. Then, John-Jason Peterka, an early second round of pick at the last NHL draft. Peterka himself had a good season and is looking to help his national team. Lastly, Markus Eisenschmid who had a pretty decent 2019 World Championship (7 pts in 8 GP). 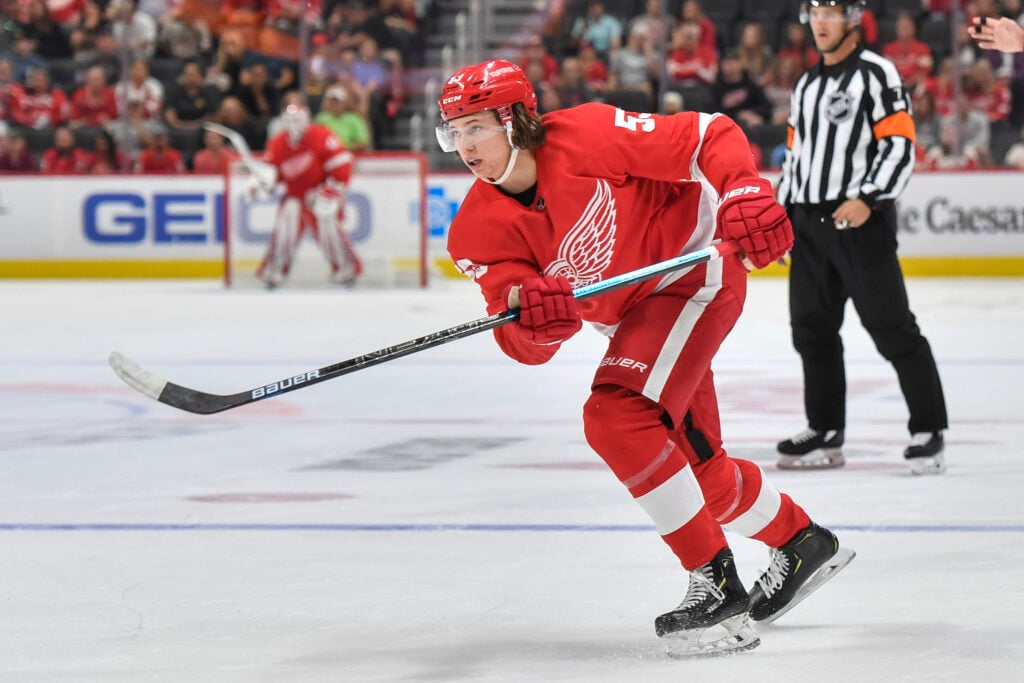 Probably the weakest team in group B. They would almost definitely be relegated, but we have to wait for next year to find that out.

Out of the few viable options, I would like to single out Alex Petan, brother of Leafs’ Nic Petan and arguably Italy’s best forward (43 points in 48 games in the Hungarian hockey league); Sebastiano Soracreppa (first pair D-man with experience in the Swiss Hockey League); and Phil Pietroniro (20 goals in the Italian league). Look elsewhere for bigger point hauls.

This national team has seen better days. The pickings are going to be slim, especially since Nigel Dawes and Henrik Karlsson will not be playing in Riga.

The best offensive weapon on Kazakhstan’s roster, ironically, is defenseman Darren Dietz (17 goals and 37 points in 53 games of the regular season). He is still one of the best offensive defensemen in the KHL and will be looking to live up to his reputation. After that, there is a definite lack of talent. Some of the noteworthy forwards are Roman Starchenko (35 points in 65 KHL games), Kirill Panyukov (7 points in 6 playoff games, was signed by Ak Bars during the offesason), and Nikita Mikhailis (37 points in 65 KHL games).

The hosts are led by Bob Hartley who now has the Stanley Cup and the Gagarin Cup under his belt.

First off, Kaspars Daugavins who had a very good KHL season (49 points in 58 GP). The veteran has proven that he’s still got it and is ready to show it on a bigger stage. Then, the 25-year-old Rodrigo Abols. This guy had a couple of decent seasons in junior North American league but has been a staple on the Orebro’s roster for a couple of years (20 goals and 35 points in 47 regular-season games). Finally, Ronalds Kenins who had 4 points at the last world forum and has been playing in SHL forever. On the defensive side of things, there are two standouts in Ralfs Freibergs and Uvis Balinskis, but my expectations are tempered here.

I normally don’t talk much about goalies from the fantasy standpoint because I firmly believe they are not the ones moving the needle, but the Latvians may have the best goaltender duo of the tournament in Janis Kalnins and Matiss Kivlenieks. Fire them up because they’ll often face many shots, especially against stronger teams. Looking at that roster, there is not a lot to be excited about, but there is some value to be had here.

There’s always the Olimb brothers coming to the rescue. Yes, the age is taking its toll, but there hasn’t been a better duo for the Norwegians for ages. Then, there is Tobias Lindstrom, one of the team’s best forwards at the 2019 world championships (4 goals and 2 assists in 7 games). Finally, there are two D-men that may give you a goal or two down the stretch. These are Jonas Holos (his productivity has fallen off a bit recently but he can always bring it in the national team) and Stefan Espeland (a quarterback of the second power-play unit).

Despite deserved skepticism regarding this roster, there are plenty of players to be excited about. Unfortunately, no Debrincat, Kane, or Larkin this time around, but hey, what can you do?

The forward group boasts several talented players like Conor Garland, arguably the best skater for the Arizona Coyotes this season (39 points in 49 GP); Jason Robertson (17 goals and 45 points in 51 games) who might have won the Calder this year if it wasn’t for Kirill ‘The Thrill’ Kaprizov; Kevin Labanc who didn’t the most productive year for the Sharks but still is a very good player; Colin Blackwell (22 points in 47 games, although the most of those points got racked alongside Artemi Panarin); and Jack Drury (nephew of former Stanley Cup champion and Team USA’s general manager; 41 points in 55 games with Vaxho). The Achilles’ heel of this team is the defense. There aren’t any elite offensive D-men here. Zac Jones looked fine in his brief stint with the Rangers (4 assists in 10 games), while Matt Roy had a mediocre season with the Kings (10 pts in 44 GP). Yes, there is Chris Wideman and his impressive 43 points in 63 KHL games, but I’d be wary here if I were you.

That’s it for today. Best of luck in the upcoming tournaments!