Not a day goes by without Spanish football this week! Hardly had the referee blown the final whistle in San Sebastian and we are back again ready to analyze games that will take place the following weekend.

All games are expected to be extremely tight as there is no team that has an implied probability of a win higher than 55% according to the bookies.

Game Week 6 is just around the corner!

With Real Madrid and Atletico having a face-to-face encounter and Barcelona heading for Madrid to play at Getafe, Villarreal should be considered as the main supplier of elite picks in Week 7.

After a powerful start with massive attacking stats, Moreno and his partners have gained some defensive momentum as well. They are the best team in La Liga defensively after the first international break of the season (0.5xGA/90). Even the last game at Camp Nou became rather unusual as both teams managed to score only 0.6xG each.

Now it's time for Calleja's side to return to the attacking standards set in the beginning of the season. Moi Gomez (9.3) should find his way back to the starting 11 after being rested in a midweek. It seems difficult to predict who will fill other places in the attacking line but we shouldn't forget about Gerard Moreno (11.0) as the 27-year-old striker is still the top goalscorer of the league and has attractive xA figures.

After the 4-4 draw vs. Leganes on the 1st week of the season, it was impossible for me to imagine that 1 month later I would advise having a closer look at Villarreal's defense. But the time has come and the guys really deserve it, especially after the game at Camp Nou.

Unfortunately, you even fullbacks are attacking-minded in Villarreal. Only Xavi Quintilla (6.2) shows some underlying stats that leave us hope for an assist. That would be our pick for this week.

Once again we are going to use Barca's opponents in this part of the preview. The reason is simple: Barca haven’t been impressive at all so far this season. But bookies still believe in Blaugranas, that's why the prices for the players from the team they are going to face are quite low.

In gameweek 7 Barca is to play against Getafe. Away games for Valverde's side are a complete disaster both at the back and up front. 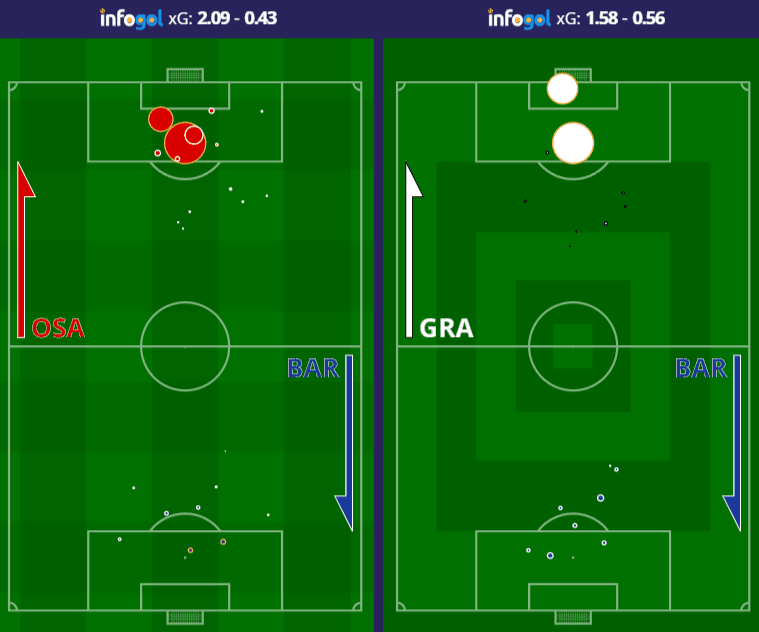 Barcelona's last 2 away games against Osasuna and Granada

Marc Cucurella (5.2) is listed as a defender at FanTeam but he often performs as a left midfielder. Moreover, he is a loanee from Barcelona - the best chance to prove you are good enough to play for the main team.

In such a gameweek where there are practically no must-have picks and options, the same can be said about differentials.

I am inclined to use Atletico Madrid players in my teams.

One of the most eagerly-anticipated fixtures of the La Liga calendar will take place at the Wanda Metropolitano on Saturday night. In the battle of leaders, I've taken Simeone's side.

Despite the fact that Real Madrid showed some signs of the revival after crucial defeat in Paris, the following game, to my mind, is going to show all Real's weaknesses once again. There is no sense in analyzing the win over Osasuna - both teams have loads of changes. Sevilla was outplayed in a good manner but unlike Atletico, Sevilla's game is based on possession. Will Real's defense be able to hold Colchoneros' counterattacks? I am not sure.

As for defense, a lot will be based on Hazard and Bale work-rate. I expect Atletico to take advantage of this vulnerability and the main beneficiary would be Kieran Trippier (7.2). Hazard with Nacho or Marcelo look shabby defensively and seem to be the main target to hit. 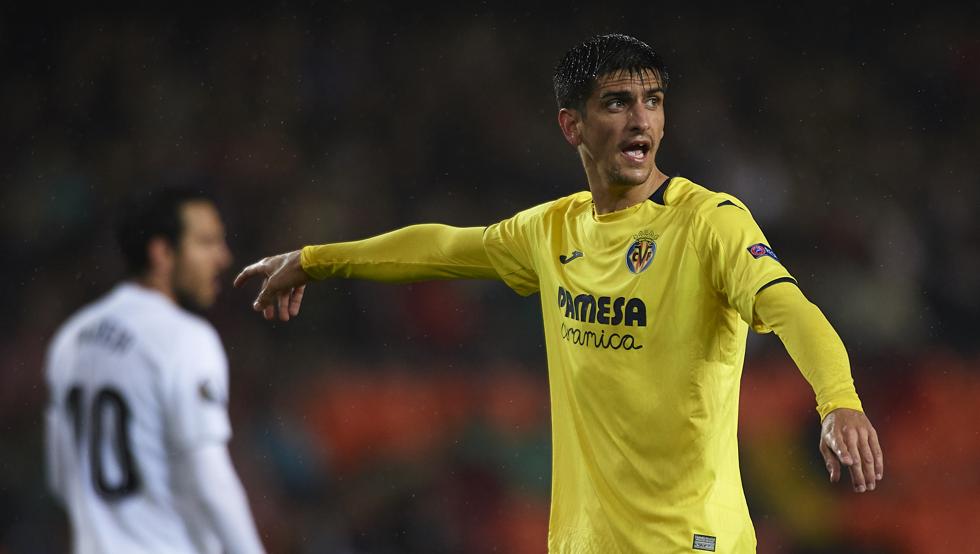 As the main option for a captain's armband, I choose Villarreal's center-forward. As this will be the first game of the slate, we will know the starting squad of The Yellow Submarine.

Gerard Moreno scored 4 of 5 goals this season when he was playing as lone center-forward. But there is a high probability that Carlos Bacca will take this place against Betis and to my mind, in this case he would be a more suitable and tempting one to be the captain. 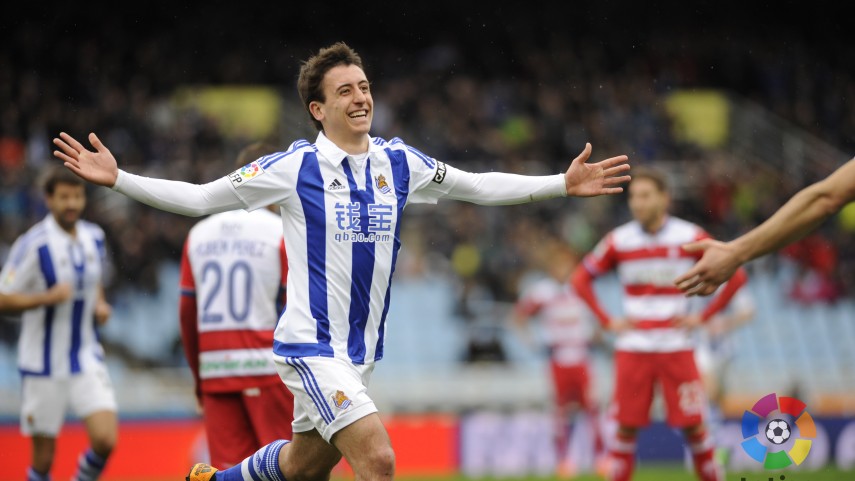 Sevilla is a very tough opponent, especially in home games. But the 22-year-old Basque is now firing on all cylinders, his move to a big club is imminent and with partners like Odegaard and Willian Jose scoring at least two in Sevilla doesn't seem impossible, does it?

Ruben Martinez (Osasuna, 5.7) - Osasuna is the 4th defense of the league according to underlying stats, have 3 clean sheets in 6 games.