Good evening, hockey fans! The most exciting time of the NHL season is upon us — the PLAYOFFS! As usual, Khan is here to provide you with stack and defender advice for tonight's NHL slate at FanTeam. Read on to find out who to target in the first batch of games of the thrilling first round matchups. 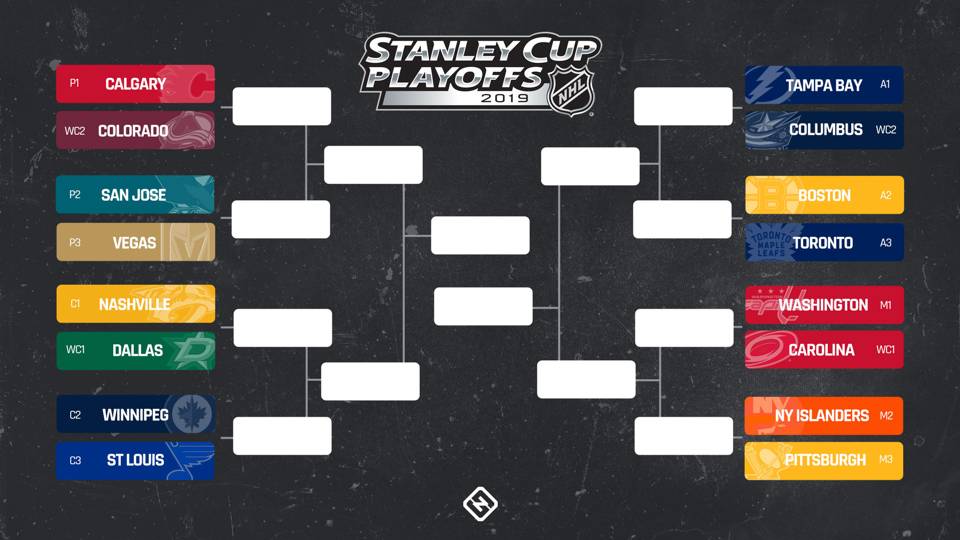 With €2,000 up for grabs in tonight's main event, now is the best time to start playing fantasy hockey. Have no fear if you have never played it before — we got you covered. Click the buttons below to familiarize yourself with the scoring and our lineup composition tips or scroll down for our fantasy advice for tonight's games.

Principles of Picking a Hockey Team

There are five games that make up today's slate at FanTeam:

The Tampa Bay Lightning are the biggest favorites of the tonight's slate according to the Vegas odds, and we certainly have to make a case for their offense led by NHL's regular season top scorer Nikita Kucherov. Kucherov and Point are now joined by Yanni Gourde and together this line possesses a decent 33.6 SF/60*, 27 SCF/60** and 14.3 HDCF/60** this season.

Gourde doesn't play on the PP with Kucherov and Point, so it gives the Kucherov-Point-Hedman stack a bit more appeal. The matchup against the Columbus Blue Jackets is not an easy one, but given that the Lightning have averaged 4.5 goals per game over the last month, they should be able to score a lot tonight.

The Winnipeg Jets are known as a good home team (the fifth-best in the NHL this season) and home ice should help the Jets tonight against a tough St. Louis Blues team. The top line of the Jets consisting of Blake Wheeler (20 goals and 71 assists this season), Mark Sheifele (38 goals and 46 assists) and Kyle Konnor (34 goals ans 32 assists) is good and correlated, which gives them elite upside.

Unsurprisingly, 57% of total points were earned by the line when playing at home. Look out for this talented line stack to have a multi-goal game tonight.

The Dallas Stars' top line comprised of Tyler Seguin, Alexander Radulov and Jason Dickinson should be a nice contrarian stack tonight. In spite of the Nashville Predators being known as a solid defensive team, they have been struggling as of late from the HDCA standpoint, allowing the worst HDCA/60 over the last month among the teams playing on this slate (11.2).

Seguin and Radulov have had decent point-per-game seasons, while Dickinson should be considered a good value play (4 points in his last 5 games). Defenseman John Klingberg (10.9) is also a nice option here.

Defender of the slate

The NHL's top scoring defenseman Brent Burns is an elite play almost every single slate, and tonight is not an exception. Burns finished the regular season with a bang, collecting 36 FanTeam points in his last two games. The Vegas Golden Knights' ugly 72.2% PK rate over the last month should help Burns to stay hot tonight.

Khan, a Ph.D. student in Economics, loves studying advanced sports analytics and using it to his advantage in DFS. Having started to play daily fantasy sports in 2017, he currently has a net profit of over 70000 euros. Sits in the top-5 of DFS players in Europe, finished 3rd in FanTeam's WCOFF 2018 and WCOFF 2020.