It is crunch time now as we are on the back-end of the last international break and we now head into the craziness that is the Christmas break. A lot has changed in the market since I spoke to you last, particularly on the managerial front with Villa, Norwich and now Manchester Utd changing the men at the helms. As a result, we may see some big swings in teams fortunes and I will help you stay on forefront of this in the latest edition of Pup’s Market Watch.

The bog news this week is of course Manchester Utd, where the team put in yet another shocking display. For the transfer fees they have spent and having the highest wage bill in the league, a 4-1 thumping at Watford was utterly embarrassing. So Ole’s tenure has finally and deservingly come to an end. Yet the mismanagement of the club is even more laughable than their performances. The inexperienced Carrick, Ole’s right-hand man, is now the interim manager. What will that change? Zidane has declared himself out. Perhaps they will land Pochettino, but until then, they are a must avoid in this market. I give them a junk bond status!

On the flip side, those actually in the title hunt are walking the walk. With Chelsea, Liverpool and City strutting their stuff against reasonable opposition. These are the teams to bet on in the market, in both attack and defence. The more the merrier!

Smith who got the boot at Villa can thank Pukki’s head for giving them a winner against Southampton. That makes it two wins in a row for the canaries. Perhaps they won’t be the whipping boys we had pegged them to be. While Smith’s replacement Gerrard also had a winning start thanks to a late wonder goal from Watkins to break the stalemate against Brighton. They have 3 tough fixtures in the next 4, but I will be using this window to eye up their assets and potentially buy some of their stock.

After finally getting a new manager, Newcastle drew an entertaining 6 goal affair at home to Brentford, although Howe missed his first game in charge due to Covid-19. They have a tough Christmas run, so maybe one for the New Year. But two teams that don’t have a tough run are Burnley and Palace who too drew 3-3.

Elsewhere, Spurs were much improved in the 2nd half (after a terrible first half) and managed to beat a depleted Leeds team. While West Ham slipped to defeat against Wolves after their heroics against Liverpool before the International break.

I am going to shake up the buy section this week as I want to talk about a pool of players as well as decision-making, rather than focussing on a shortlist of options.

I haven’t mentioned James, Chilwell, TAA and Cancelo much in my previous articles as I believe it is stating the obvious. It is like saying Zoom stock was a good investment as the world went into lockdown last year! Anyways, these guys should make the core of your team. You should own 3 minimum. TAA, Cancelo and either one or both of James and Chilwell. They are scoring, assisting and keeping clean sheets like crazy at bargain prices compared to other positions. So if you don't have 3 of these players, then work on that now! The only reason I don’t say get all 4 is because of Pep & Tuchel rotation and you may need to cover these guys, but even that doesn’t worry me too much. It is more the fact Chelsea will blank for one or two games in December due to the Club World Cup. Only Salah has more points than James, TAA and Cancelo. While Chilwell isn’t a mile behind for a guy who has only played 6 games!

Salah and Mane are the obvious picks. Son if you are targeting fixtures and Bilva is a smart pick for the bold manager out there. But there is a range of £6.5mn or less midfielders playing well, but who do we choose? This is a question I want to focus on as we learn the fate of Raphinha, who may have Covid-19, which if he does will make him a sell. Below is a table of statistics from my favourite options over the last 6 gameweeks. However, it should be called out that Cornet has played over 100mins less than his counterparts here. The table below is interactive if you would like to have a play.

I am happy with my FPL and FanTeam teams, although they do seem stuck in the mud of late. I still think I will hold onto all my wildcards until December, as there is no major issues in my sides apart from Sanchez. My question this week will be whether I sell him for McCarthy. I have no backup but as said, I may just play no goalkeeper, particularly if any injuries occur over the international break. I just have to wait and see for now.

Two players stick out like a sore thumb to me here, Bowen and Trossard. But have exceptional shooting records and possession in the opponent’s box. While still ranking well among their peers for chances created. Out of the two I like Trossard, who faces LEE, whu, sou, TOT, WOL in his next 5 matches while Bowen faces City, Chelsea and Arsenal in the next 5.

I would be focussing my moves in defence and midfield as these positions are scoring well and the forwards are a bit of an unknown quantity for now. I think Dennis and King provide exceptional value once they have a good fixture run. I also like the look of Watkins, but again I want to see his fixtures turn green before investing. Jimenez is playing well but has 2 nice games before a horrid run of fixtures. I like Benteke but I fear he will be rotated to a degree with Edouard. No one else is exciting me here. 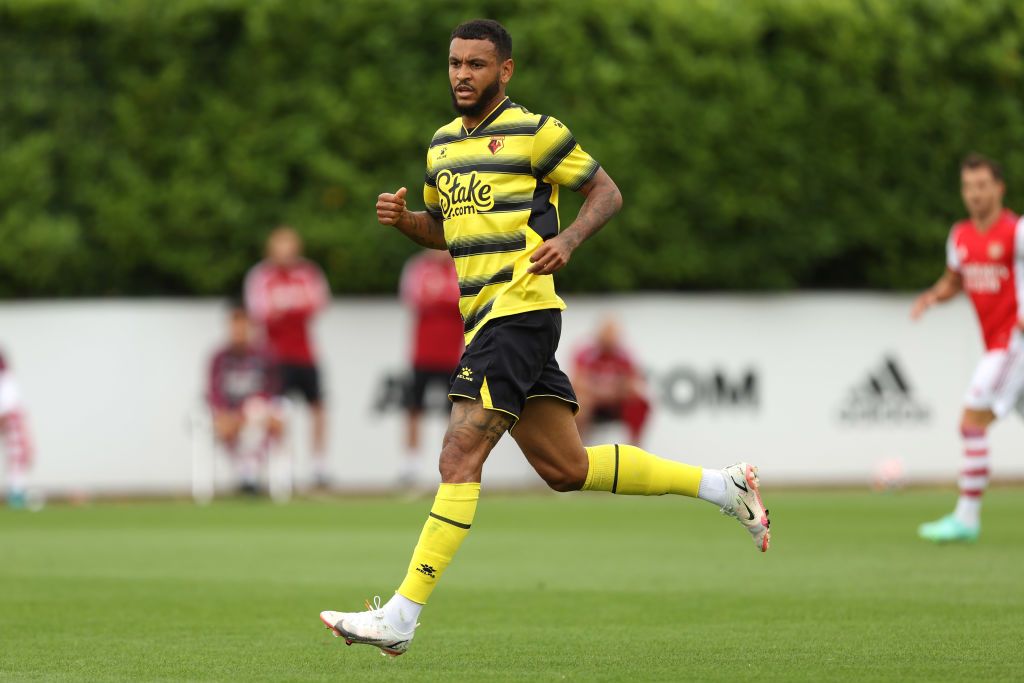 After his hot streak, he has now blanked 3 games in a row, but he has been a tad unlucky, hitting the post in his last two games. The fixtures are there, his form and team form. He is an easy hold to me.

After a blitzing start, Antonio has only got 2 goals and 0 assists in 9 starts. In the short-term his fixtures aren’t great. But as discussed, now strikers are sparking my fire at the moment. I still think when fit he is a brilliant player and he is playing in a strong team who can score against anyone, yes even City or Chelsea.

Sadly, his run up front only resulted in one measly goal. Now, with a hamstring niggle himself and Werner and Lukaku nearing a return, the short-term count has come to its natural end.

I have to stay true to my word and say Manchester Utd assets are an avoid until they sign an ACTUAL manager. Ronaldo is one of the best in the world and has a fantastic run of fixtures from Gameweek 15, but until they sign a manager, his price tag is not justified.

A lot of investors are selling these assets and at first sight, I thought they were mad. But when I think more about it, the more it makes sense. As I said, 3 of TAA, Cancelo, James and Chilwell are a must. They offer the same clean sheets as Dias and VvD as well as attacking returns, thus bonus points too. I no longer see this as a sideways move, particularly as it seems Dias is not as rotation-proof as we believed.

The big question for me is when I pull my Wildcard for all these teams. My initial thinking was when Manchester Utd fixtures turn, but until they get a new manager I won’t be doing that. So I will just have to assess the situation each week. My main issues this week will be Raphinha if he has Covid-19 and Havertz if he is injured. While my Brentford assets days are numbered having failed to impress. If I sell a midfielder, my eyes are on Trossard.

There is no point over-thinking this, Salah at home to Southampton is the obvious pick and a great one. If you are thinking of someone else you may need your head checked…