DayOfVictory netted €100,000 winning the largest DFS tournament of FanTeam to date – SCOFF2021 – just a few weeks ago. Having already brilliantly described  his decisions and emotions during the tournament, we decided to take this in a different direction. We chatted about the financial aspects of the game, bankroll management, and skills that are crucial of one wants to become a successful DFS player. We also touched upon the new scoring changes on FanTeam and what implications they might have on the EURO 2020 game and future tournaments.

You started playing on Fanteam in November 2020. The first 1500 lineups you entered yielded no financial return, yet the situation changed in January 2021. What was the catalyst for you becoming a winning player?
I would love nothing more than to tell you a great story about how hard I fought to turn the situation around, but the truth is so much more prosaic.
Let's put it into context. This is the graph of my first 58 days on FanTeam, just 1 day before becoming a "winning" player.

*all graphs are taken from dfstats.net
Now the graph of the same timeline but consiting of €20 Weekly Monsters only.

What happens on the 59th day? Top 3 finish in the Weekly Monster.

Now let's add the 59th day to the overall graph...voila! I have officially become a winning player.

Basically, I had a few very unsuccessful €20 Weekly Monsters at the beginning of my DFS journey that overshadowed everything. Unfortunately, it's impossible to display results in Buy-ins won instead of Net won on dfstats.net. I would argue that in terms of buy-ins won I was fine from the very beginning.
You enter many lineups on a weekly basis. How do you distribute the funds available?
In a typical week when there is no tennis and UCL/UEL:
How big of a bankroll should you have to wager this amount of money on a weekly basis? What % of your bankroll should a new player spend on a single tournament?
It is about what kind of tournaments you play rather than how much money you wager. Different tournaments have different requirements to your bankroll.
One has to keep in mind the following things:
Since the exact number depends on your risk tolerance, there is no one-size-fits-all answer, but I will provide some general guidelines.
H2H tournaments
Facing a weaker opponent one-on-one is a low-variance game and doesn't carry high risks of going broke. Having just 50-100 buy-ins would suffice.
Small tournaments with 100-500 participants (Serie A, La Liga, RFPL weekly monsters)
A few hundred buy-ins should be enough.
Big tournaments with 2500+ participants (EPL weekly monster)
Tournaments like these test the depth of your bankroll, the streaks can (and inevitably will!) be heavy. To illustrate that, let me show you my graph of €20 EPL Weekly Monsters.

As you can see, roughly between 1,100 and 1,700 entries I lost about €5,000, and you will find similar streaks looking at the records of other players. I assume you get the idea that these tournaments aren't designed for smooth bankroll building. So how much money do you need to play them professionally? At least a thousand buy-ins.
I understand perfectly well that requirements like these may sound daunting for those willing to play more expensive tournaments, but at the end of the day, nobody stops you from gambling :‑)
And one more thing.
Does it imply that you can't enter EPL weekly monsters unless you have 1,000 buy-ins? Not exactly.
Imagine a successful player in small tournaments (100-500 participants) whose bankroll has reached €10,000. Being an ambitious person, he wants to start playing €20 EPL weekly monsters but is afraid of going broke after a bad run of results.
Should he wait before his bankroll reaches €20,000? Probably not. He can afford to enter €20 Euro EPL Weekly Monsters as long as he has sufficient funds left to participate in small (100-500 participants) contests if things go wrong.
For example, should he lose €2,000-3,000, the remaining sum (€7,000-8,000) is still more than enough for small tournaments, which he might switch to playing then. On the other hand, there is a huge gap between bankroll requirements for small tournaments and Weekly Monsters — you might have 5 times more money than is required for small tournaments yet not fully enough for WMs. So why not giving Weekly Monsters a shot instead of just 'freezing' that money in your account?

Read more: EURO 2020 Best Picks: Group A
Do you set short/long-term financial goals when playing DFS?
Not at all, and how could I? Once you have entered your teams, there is no way of influencing the flow of a contest. On the contrary, there is high variance which you can't control.  What I'm actually aiming to do, and to put it mildly, not always succeeding in, is to avoid missing tournament deadlines. I must also try to be more consistent investing a considerable amount of time preparing for tournaments, avoiding doing everything in a hurry at the very last moment.
You, like many other DFS players, come from a poker background. How has poker helped you becoming a successful DFS player?
It helped in the sense that I came across FanTeam on a poker forum. Besides, I can't attribute anything else to poker that would help me  create better lineups for DFS. One can mention familiarity with concepts like expected value, variance, understanding why the results are so inconsistent, but I had known it anyways before my involvement with poker. 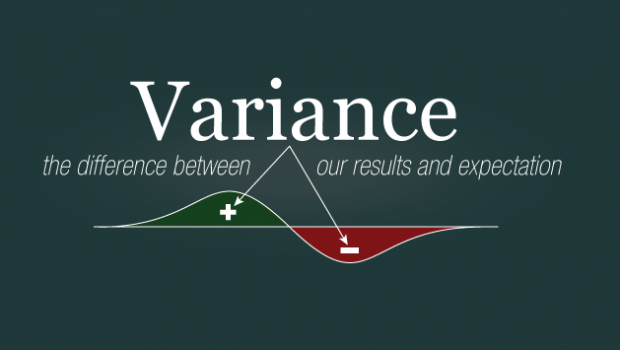 How important are stats for a DFS player? Does the eye-test even matter?
DFS is inherently a number-crunching type of game where team selection is adjusted to a particular scoring. In this regard, stats are crucial. You have to evaluate how many points each player is expected to earn and then combine them properly to form a good team. How would you go about that without stats? Just guessing? You have to rely on something.
I can imagine that in a data-rich sport such as basketball, where hundreds of shots per match are taken and each team participates in more than 70 matches in a regular season only, you can rely solely on stats even without a deep understanding of the game. Estimate playing time, multiply by points per minute and there you go.
With football, it's more interesting. Since the scoring is built around goals and assists, which there are just a few per match, you constantly suffer from having a small sample size. In that regard, eye-test really matters. Should player's role/position change, it will take a long time to notice it in the stats. You also benefit from the eye-test when a new manager comes in or a team's formation changes.

To sum it up, both stats and eye-test perfectly complement each other and make you a better player

People of what professions do you think could be successful in DFS?
Elaborating on my point about the number-crunching nature of DFS, I would claim that people who aren't afraid of spreadsheets are more suitable for this craft. Eventually, what does preparation for a DFS tournament consist of? Watching some replays/highlights of the previous games, finding out who is injured/suspended, listening to what coaches say in the media, checking bookies odds for goal expectations, evaluating which players are over/under rated for the given slate, estimating the ownership percentages and finally – composing your teams.
It boils down to doing some research and taking decisions based on that, so who can be successful in it? Whoever is capable of processing information.
You’ve made nearly €8,000 playing daily fantasy tennis on Fanteam. What is your story here?
I noticed a tennis contest in the first days of Australian Open 2021 and decided to try it out. I happened to be extremely lucky winning the very first contest I participated in and a few of the following ones. After that, I didn't achieve anything in tennis contests during Miami, Barcelona, Madrid and Rome tournaments. Besides, 40% of tennis profit came from H2H tournaments.

Which sport would you like to try playing on Fanteam but have no time for?
Hockey, Basketball, CSGO — every sport that offers more or less decent prize pools. Though NHL and NBA games taking place in the middle of the night for me is a deterrent factor.
Will you be playing EURO 2020? What should a person entering just 1 team do?
Sure, I have already won some tickets via satellites and I am looking forward to it especially since it's going to be the first season game for me. Having not yet figured out how to play it, I can't take the responsibility of giving advice regarding that matter, especially with recent changes to the scoring system on FanTeam.

Read more: FanTeam Scoring Changes Explained
What do you think about these changes?
I think the discussion about the changes to the football scoring should be divided into two parts: the Euro 2020 season game and beyond.
Let me begin with the Euro season game. As you know, the tournament was created a few months ago with the new scoring announced just about a week ago. Since players' prices reflect the old scoring, their value has changed. How has the new scoring affected players' values?
Now, what can we expect after Euro 2020? In terms of weekly monsters, probably not that much. Some people made a point that single picks, especially from small one-man teams, would become more valuable, but I'm not sure about that. With the changes to the scoring, they should become proportionally more expensive to keep the balance intact. As far as single match contests are concerned, teams including players from opposing clubs can become more frequent indeed.
Any suggestions or ideas for FanTeam?
I would like to share my idea about a tournament type where the team with the lowest amount of points wins, the second-lowest is a runner-up and so on. Would be interesting to compete in creating teams from the worst players available. How would you go about that? Pick 5 defenders from the opposing teams? Focus on holding midfielders? Choose strikers with 1 goal in 15 games? I guess it would be fun!