I hope those who took time to read the goalkeepers article earlier this week found it helpful. In this article, I will take a look at how the defensive options have fared over the first four weeks of the season before looking at some of my favourite defensive assets I feel are worth considering at overhaul.

Firstly, let's take a timely reminder of the highest-scoring defenders from last season:

It’s been a positive start to his Arsenal career as well as his SkyFF career. Sitting on 30 points, Gabriel goes into the first overhaul at the top of the defender leaderboard despite only playing in three of the opening four games. Gabriel started with a dream debut against Fulham in GW1 where he rewarded early owners with a 20-point haul, getting a goal, clean sheet, man of the match and hitting passing tier 2. Gabriel has hit the passing tier level 2 in all three matches that he has played so far this season. At £8.0m he really could be one to keep an eye on moving forward.

Another player who hit the ground running with an impressive Premier League debut against West Brom in GW1, getting a goal, clean sheet and the man of the match award. Castagne followed this impressive opening display with three assists from the next two matches against Burnley and Man City, leaving him the second-highest scoring defender going into overhaul.

Just 10 points from the opening four games for Trent, which has equated to a disappointing 0.94 points per million return for the 31.71% of owners. Trent’s returns have come from a clean sheet against Chelsea in GW2 and an assist and man of the match award against Arsenal in GW3. Surely things pick up for Trent following the overhaul, but whether managers stick with him at his price is another question.

When we saw Doherty’s £8.6m price tag, most Sky managers thought he was a no-brainer and immediately placed him into their starting drafts. This choice was made even more appealing with his move to Spurs, the idea of him linking up with Harry Kane seemed a match made in heaven given his success of assisting Raul Jimenez at Wolves.  However, it hasn’t worked out well for Doherty over the first four weeks of the season, picking up a measly 6 points (0.7 points per million). The fact that Doherty started on the bench against Man Utd in GW4 will make him even less appealing post overhaul. Probably, one to take a back step on and wait for him to find some form, once he does, he could once again be a bargain at £8.6m.

20 points from the opening 4 games, Ayling has stepped up to the pre-season hype and rewarded owners with tier bonuses, the most from any defenders. In the four opening matches, Ayling has hit tackling tier 1 twice, tackling tier 2 twice and passing tier 1 on one occasion. However, Ayling has lost 5 points due to the goals that Leeds have conceded. At £7.0m, Ayling could offer fantastic value if Leeds can tighten up in defence and start getting clean sheets. 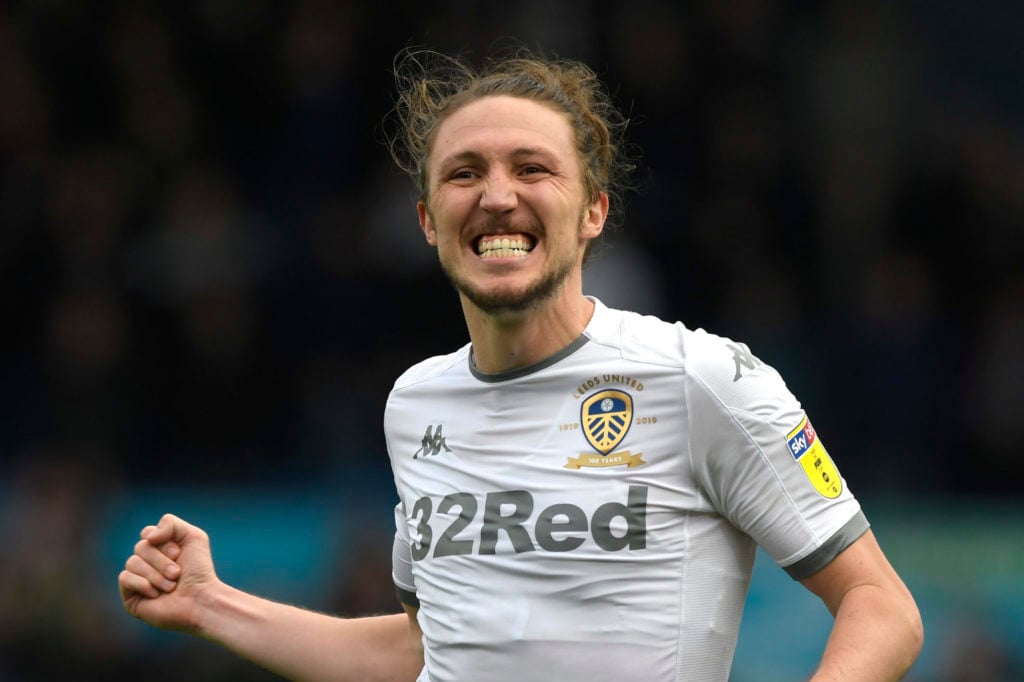 Similarly, to his teammate Ayling, Dallas has smashed through the bonus tiers but been let down by the lack of clean sheets. 18 points isn’t a bad return for a player who costs just £6.4m (£0.6m cheaper than Ayling), and Dallas has the added appeal of potential attacking returns. Against Sheffield United in GW3 Dallas managed three shots on target, achieving tier 2 shooting bonus, great stats for a defender. On top of this Dallas has achieved tier 1 tackling bonus on one occasion and tier 2 tackling on two occasions.

25 points from the opening three games for Villa, Konsa is representing fantastic value (4.1 points per million). A 17-point haul against Sheffield United in GW2 where he bagged himself a goal and man of the match, topped on with a clean sheet has made up for most of his early points tally. Konsa is yet to hit any of the bonus tiers, but at £6.1m what he does offer is an aerial threat from set-pieces. Could be one to keep an eye on moving forward.

Owned by 8.03% of managers, Justin has got off to a good start to the season, currently sitting on 21 points. Justin has been getting forward a lot more frequently this season and as a result, has a goal and assist to his name. He also hit the tackling tier 2 against Man City in GW3. At £6.3m, I think Justin could be a fantastic enabler, the best of the budget basket. However, Ricardo Pereira will be back soon so I’m probably going to avoid him post overhaul.

As discussed above, for the moment Ricardo Perreira (LEI) is injured but is estimated to be back in action at the end of October. Once he is back to match fitness, he is absolutely one to keep an eye on as he is always in and around the attacking returns and regularly hits tackling tiers.

When planning your overhaul teams, take time to consider the best formation to set up with. Right now clean sheets seem few and far between so maybe we should aim to be setting up with a 3-4-3 or 3-5-2 formation?

Anyways, here are seven other defenders that I’d recommend considering for the overhaul

At his premium price point, new players to the game could be forgiven for wondering what all the hype around Van Dijk in the SkyFF game is about. However, despite a lacklustre start to the season for Liverpool defensively, Van Dijk still hits the first overhaul on 20 points. The appeal of Van Dijk is how he smashes through the passing tier bonus and in the last three games he has achieved tier 2 passing in every game.

Van Dijk is always a threat from set-pieces (5 goals last season) so once this crazy Premier League goal fest settles, and Alisson returns from injury, I’m certain that clean sheets will return to what is probably the best and most reliable defence in the league. For me, Van Dijk is a season keeper who provides the added bonus of reliable captaincy potential.

We only have one game to go off this season with regards to Ben Chilwell, but what a Chelsea debut it was for him. Chilwell racked up a massive 22-point haul in a 4-0 drubbing over Crystal Palace in GW4, getting a goal, assist, clean sheet, man of the match and hitting the tier 1 passing bonus. This has certainly caught my attention and even at £9.0m he is likely to provide me with Chelsea coverage post overhaul. 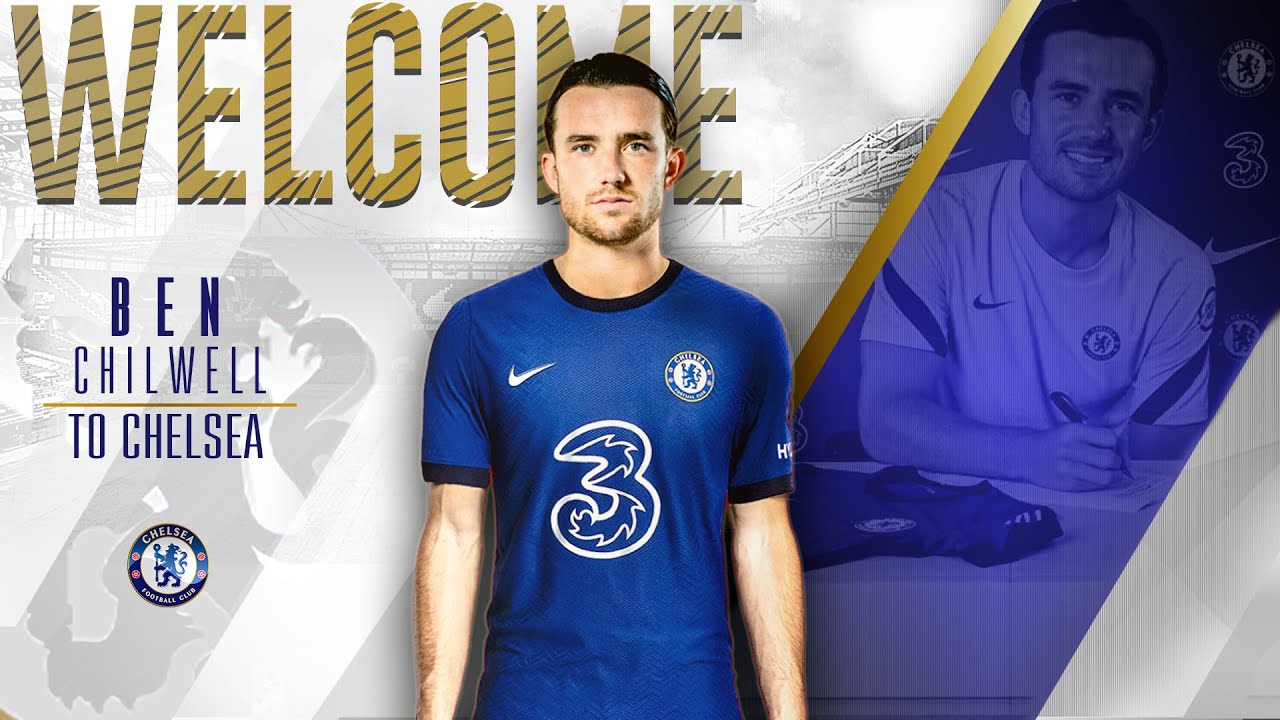 Everton have looked fantastic so far this season, and Carlo Ancelotti should take the plaudits for some great business in the transfer window. One of the players who I feel is thriving under the management of Ancelotti is Michael Keane, who has emerged as a stalwart in the Everton defence.

23 points from the opening four games for Keane despite Everton only achieving one clean sheet is a decent return (3.03 points per million). He bagged a goal against West Brom in GW2, also hitting passing tier 2 bonus followed up with passing tier 1 against Crystal Palace in GW3. This shows Keane’s potential to bring home the bonus points. If only Everton could sort their goalkeeping woes, then Keane might start bringing home more clean sheet points too.

Wolves have started their campaign a little up and down with a solid opening display against Sheffield United followed with two disappointing defeats against Man City and West Ham. GW4 saw them return to winning ways, and more importantly for those interested in Saiss, another clean sheet against Fulham in GW4.

Saiss has found himself in some very attacking positions down the left of the Wolves attack in parts so far this season, against Sheffield United he bagged himself a goal and was unfortunate not to add a second. Wolves are usually well set up and good for a clean sheet (13 clean sheets 2019/20). I think that Saiss represents good value but it might also be worth keeping an eye on LWB Marcal (£6.3m) when he returns from injury, £6.3m could be a bargain!

He was the fifth-highest scoring defender in the game last season, smashing the passing tiers on a regular basis. Leicester have struggled with keeping clean sheets so far this season, so Soyuncu’s 14 points don’t really stand out or appeal very much at this stage. However, he has hit passing tier 2 bonus on two occasions and with Jonny Evans and Ricardo Perreira due back soon the defence should be stronger moving forward, meaning more clean sheets.

Notably, the long-term injury to Wilfred N’didi does worry me, but in his absence, I’m wondering if Soyuncu might start hitting more tackle tiers this season.

It really is a tough call between Dallas and Ayling, but I personally prefer Dallas for his cheaper price point (Ayling £7.0m) and the fact that he offers more potential in regards to attacking returns. As discussed earlier in the article, Dallas hits tackle tier bonus for fun so all we need is for Leeds to tighten up at the back, start getting some clean sheets, and we could have some fantastic returns from Dallas moving forward.

What’s not to love about Brighton’s lively right wing-back? He gets forward at every opportunity and the three assists from the opening three games suggest that he might just be the ultimate enabler at £6.0m. Brighton have had a tricky start to the season, going up against Chelsea, Newcastle, Man Utd and Everton in their opening matches, conceding 10 goals in the process. As the result, Lamptey has lost points due to goals conceded, but surely Brighton look to tighten up defensively as they move forward?

The one clean sheet that Brighton managed against Newcastle in GW2, Lamptey was typically subbed off in the 57th minute so just missed out on clean sheet bonus. But he still picked up the man of the match award, which shows what this young lad is all about.

That said, a word of warning. He was subbed off again in GW4 with ‘tightness in the hamstring’ so it’s worth keeping tabs on how that’s progressing before finalising your overhaul team. Hopefully, the international break will have given him the rest he needs to recover. Brighton have some lovely fixtures ahead and hopefully Lamptey can reward his owners with clean sheets, bonus points and attacking returns at his tiny little price of just £6.0m. Matt Doherty (TOT) – Can he return back to form with regular attacking returns?

Thanks once more for reading. If you enjoyed and didn’t catch the goalkeeper article earlier in the week then be sure to check it out. Also be sure to keep an eye out for the Midfield and Forward’s overhaul articles coming soon.