With just days to go until Sky Fantasy Football overhaul, plans need to be finalised. It is time to discuss arguably the most important part of our teams — the players that you are most likely to be putting captaincies on, the forwards.

In a recent twitter poll, it seems that 3-4-3 is likely to be the most popular formation moving forward. With plenty of goals scored before the overhaul, it seems that the times are changing in SkyFF, moving away from investing big in defensive premiums and putting our money into the attack. But which strikers are you going for?

Firstly, let’s take a timely reminder of the highest-scoring forwards from last season:

He has pipped his team mate Heung Min Son to the award of the highest points scorer in the whole game over the first four gameweeks by one point. Kane is sat on 50 whilst Son sits on 49 points, the Spurs duo really have made an incredible start to the season. We’re used to seeing Harry Kane’s name on the scoresheet, but Kane’s impressive numbers are largely made up of assists, notching six assists, scoring only three goals.

It was an uninspiring start in GW1 against Everton, Kane failed to return ending with a dismal 2 points. Following the Everton game, Kane’s ownership numbers dropped, and, typically, in GW2 Kane punished sellers by hauling 19 points against Southampton (1 goal, 4 assists). Kane returned again in GW3 against Newcastle with an assist and shot tier 1 bonus. But the huge 21-point haul against Man Utd in GW4 where he scored twice, had an assist, hit shooting bonus tier 2 and won the man of the match leapfrogged him to the top of the pre-overhaul points table. Kane is looking sharp and with Bale and Son either side of him soon, he could be dynamite.

Timo Werner can count himself lucky here, he’s been disappointing but not as much as Martial. After last season’s post restart heroics, you could be excused for feeling that Martial was going to pick up where he left off, his £10.0m price tag seemed to resemble fairly good value for money. However, over the first three gameweeks of Man Utd’s season against Crystal Palace, Brighton and Spurs, he has picked up just 6 points.

Thing’s finally seemed to be on the mend in the opening minutes of the Spurs game in GW4 when Martial was tripped in the box, earning United a penalty that was dispatched well by Bruno Fernandes. Martial was awarded the assist, but it’s the hope that kills you, and the assist points were soon canceled out by the red card he was given for raising his hands to Eric Lamella’s face. Martial will now miss the first three games post overhaul, so it’s safe to say that most managers will be avoiding him like the plague.

With 47 points from the opening four games and price tag of just £9.3m, Calvert Lewin is sat as the best ‘points per million’ asset in the game, averaging 5.05 points per million so far. DCL is bang in form, outperforming his xG of 3.39 with 6 goals that includes a hat trick against West Brom in GW2. As expected, alongside the flurry of goals come shot bonus tiers, he’s hit shooting bonus tier 1 on three occasions and shooting bonus tier 2 on one occasion, the 9 points attributed to shooting tiers is the most tier bonus from any forwards in the game so far.

Despite being in the form of his life, it’s notable that even when he scored a hat-trick against West Brom in GW2, he didn’t pick up the man of the match award. He’s not having a big impact on games as such but just continues to pop up in the right place at the right time. It’s really not a bad trait for a striker to have.

The Brighton center-forward has rewarded the 1.96% of owners with impressive numbers through the opening set of fixtures with 36 points (4.24 points per million). Following a two-pointer against Chelsea in GW1, Maupay has scored in each game since most notably collecting a brace against Newcastle in an 18-point haul in GW2. The 4 goals scored means that Maupay has outperformed his xG of 3.19 and whilst doing so has hit shooting tier 1 bonus and shooting tier 2 bonus points once each. One thing for certain, Maupay is likely to have far greater ownership numbers post overhaul if he keeps this form up. 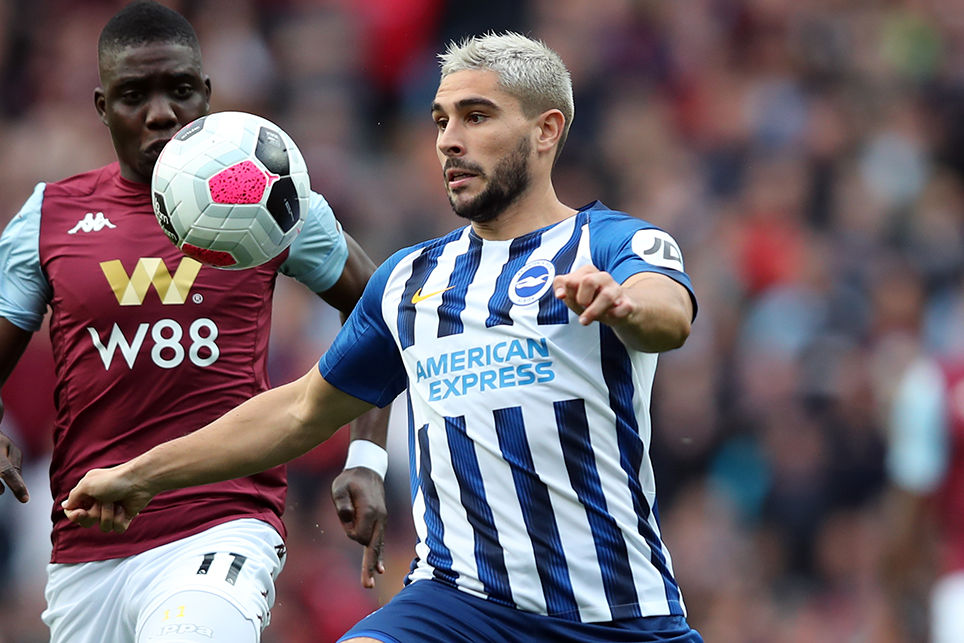 There are so many fantastic forward options in the SkyFF game, but here are six of my personal favourites:

253 points for Mo last season, he was not only the highest-scoring forward in the game but he hit the shooting tier 2 bonus more times than any other player (7 times) whilst also picking up tier 1 bonus on ten occasions. Salah doesn’t need a second invitation to have a pop at goal. In the opening four games this season, Salah has had a massive 19 shots but only managed shooting tier 1 bonus and shooting tier 2 bonus once each. Salah is outscoring his xG of 3.2 with 5 goals, including a hat trick against Leeds in GW1. With Liverpool shipping goals for fun this season, maybe our focus should be on their attacking assets instead of their usually reliable defensive options like Van Dijk and Alexander-Arnold? If you can’t quite afford his £12.0m price tag, consider Sadio Mane at £11.6m.

You’d be forgiven for choosing to save £1.6m by going for Heung Min Son (£10.1m) over Harry Kane (£11.7m) but if you are looking for the best offensive Spurs asset, then I really do think Kane pips it over a season. After a disappointing 2019/20 season by his standards, Kane was still Spurs’ top-scoring SkyFF player with 193 points, ahead of Son who finished on 186 points. He’s on penalties and seems to have added assists to his game this season, some of his assists to Son in GW2 are up there with KDB. There’s a lot to love about owning Harry Kane right now and once up to match fitness, Bale’s creativity is only going to provide even more chances for him. I think he’ll get the golden boot this season.

At £9.3m, he’s scoring goals for fun and lapping up the shooting tiers in the process I can see DCL’s ownership numbers being very high post overhaul. However, Richarlison and James Rodriguez will also appeal to those looking for Everton attacking assets and where Calvert-Lewin is probably the most likely to get his name on the score sheet, Richarlison and James Rodriguez are probably more likely to get assists, tier bonus man of the match points. But from the three, I’ll be on DCL. 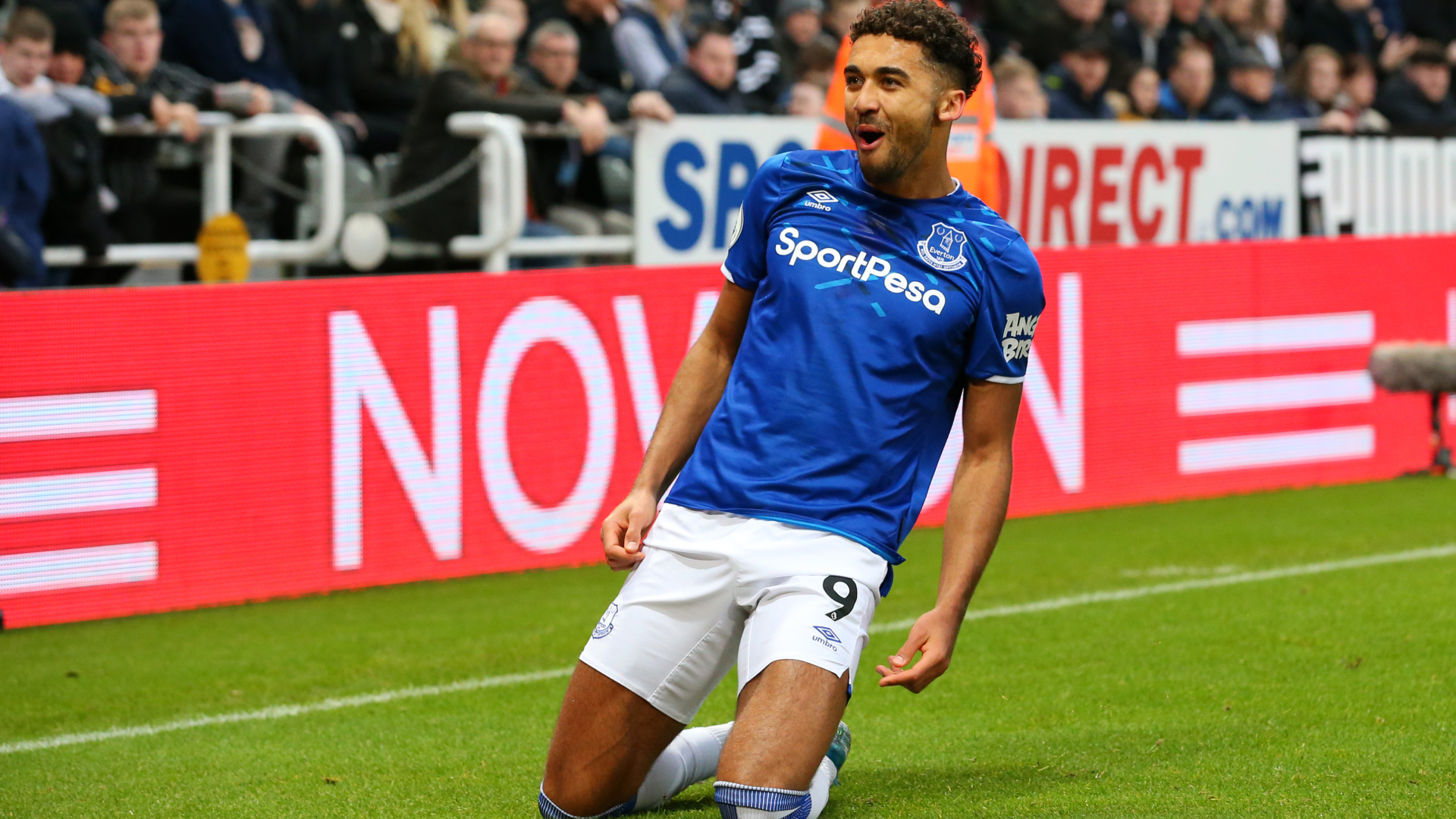 Wolves’ Mexican man offers a steady flow of attacking returns; very rarely will he get anything more than one goal, but he will get one goal regularly. It’s the lack of ‘haul’ potential that puts me off of Jimenez as a potential captain option, but the steady flow of goals appeals as a possible set-and-forget pick who’ll just keep the points trickling in. With 217 points, he was the sixth highest-scoring forward in the game last season.

Vardy has only had 7 shots from the four games so far this season, yet sits on 5 goals, 4 of them coming from the penalty spot. The fact that he has only had two shots in 4 games that are not from the penalty spot is worrying, yet so typical of Vardy who’ll always find a way to sneak himself a goal from somewhere, somehow, a trait that we all want from our SkyFF assets, right? Those that owned Vardy won’t care that the goals came from the spot. He was last season’s golden boot winner with 23 goals and I can only imagine he’ll be in and around the award again come May. Personally, I’d like to see a bit more from open play before he comes into my team, but I’m certain that he’ll be in there at some stage over the course of the season.

An £8.5m differential who could turn out to be a real bargain if he continues to offer owners 4.24 points per million. Brighton have a decent team who are not scared to have a go at teams and Maupay is at the head of their attack.  He’s also on penalties which is always a little brucey bonus in the age of VAR checks. He scored against Newcastle (x2), Man Utd and Everton in the last three weeks before the overhaul; he’s in good form with a nice run of games ahead. I’m seriously considering Neal Maupay for my overhaul team right now.

Thanks once more for reading. If you enjoyed it and haven't seen the Goalkeeper, Defender and Midfielder articles then you can find them on the Draft Gym website. Should you have any questions relating to any of the articles, I'd be more than happy to answer the best I can, you can find me on twitter - @corfFPL