I hope those who took the time to read the goalkeepers and defenders articles found them helpful. In this article, I will take a look at how midfield options have fared over the first four weeks of the season before looking at my favourite midfield assets moving forward.

Firstly, let’s take a timely reminder of the highest-scoring Midfielders from last season:

When the news broke that James Rodriguez, the 2014 World Cup Golden Boot winner, was about to sign for Everton, I genuinely believed he’d be a flop. I was indeed wrong, he has been fantastic through the opening four matches of the season and currently sits as SkyFF’s highest point scorer at overhaul on 40 points.

Taking a closer look at James’ points tally, it’s clear to see that the bulk of points have come within a 14-point haul vs West Brom in GW2 and a 22-point masterpiece against Brighton in GW4. James blanked with two pointers against both Spurs in GW1 and Crystal Palace in GW3. Three goals, two assists and two man of the match performances is a fantastic start.

Yet slightly more concerning for James’ owners, he isn’t hitting bonus tiers yet; from the four games, he has only hit the tier 1 shooting bonus on one occasion. At £8.8m he could be gold if he is to continue to produce attacking returns, but a little bit of consistency with bonus tiers would make him a lot more appealing.

Just two points behind James Rodriguez is Aston Villa’s talisman Jack Grealish. What makes Grealish’s tally more impressive is that Villa have only played three games so far this season. A two-pointer against Sheffield United in GW2 was followed up by an impressive 11 pointer against Fulham in GW3 where Grealish scored a goal and hit tackling tier 2. However, this was nothing on what was about to develop in GW4 against the current league Champions Liverpool. In an incredibly unpredictable 7-2 win, Grealish rewarded owners with 25 points, this was built up of 2 goals, 3 assists and tier 1 shooting bonus. At £8.5m, I’m sure that Grealish will be in a lot of manager’s overhaul plans moving forward.

At overhaul, Wolves’ speedy winger was still over 12% owned despite three blanks against Sheffield United, Man City and West Ham in the opening three gameweeks. Traore started all three games at right wing-back, cumulating 6 points altogether. To rub salt into owners' wounds, Traore started Wolves’ appealing GW4 tie against Fulham on the bench, collecting a measly, single point as he came off of the bench.

The appeal of Traore in the Sky game has congregated around his eye-catching attacking displays that often lead to him picking up the man of the match awards (last season he was joint top for MOTM awards with De Bruyne), but right now it doesn’t look like these performances are coming any time soon. I’d be surprised if his ownership is over 10% post overhaul.

I admit that I might be on my own with this one, but having watched the Spurs ‘All or Nothing’ documentary I was really excited to see Dele Alli this season, believing him to be a great asset who’d be back to his best this season. How wrong I was, 3 points from the opening four games says everything you need to know about where Dele Alli’s career is right now. He started in gameweek 1 for Spurs opening match of the season against Everton, he was subbed at half time and only appeared for a cameo appearance against Man Utd in GW4. At £9.0m, he’s one of the most expensive midfielders in SkyFF, post overhaul I wouldn’t be surprised if he is one of the least owned players.

Spurs’ new center midfielder is the highest-scoring midfielder when it comes to bonus points. Hojbjerg sits on 20 points overall, hitting tier 1 tackling once, passing tier 1 once and passing tier 2 on two occasions. I think that Hojbjerg represents good value at £7.4m, the steady flow of 5 point returns are what I want from a player like him, he’s likely to pick up plenty of passing and tackling tiers as we move forward, he’s also very likely to be in my team post overhaul.

.Over 50% owned, KDB is a staple of any SkyFF team. However, despite an extraordinary 22-point haul against Wolves in GW2 where he scored, assisted, hit every bonus tier (apart from the saves tier obviously) and was given man of the match, he hasn’t done much else, getting 2 points against Leicester GW3 and 4 points vs Leeds in GW4. That said, I’m sure most managers will stick with the Belgian moving forward, he’s on all of Man City’s set pieces and offers huge haul potential in any game. Despite a mediocre couple of weeks, KDB is still the second-highest scoring midfielder with regards to tier bonus points.

He’s probably not going to be in many manager’s overhaul plans, but it’s worth noting that Fulham’s Tom Cairney has hit passing tier level 2 bonus in every game that he has played so far this season (Arsenal, Aston Villa, Wolves). At £7.7m, I think there are undoubtedly better options around, but it’s impressive that in a team that hasn’t seen much of the ball, Cairney has managed to collect 9 points passing bonus. Anyone considering taking a punt? 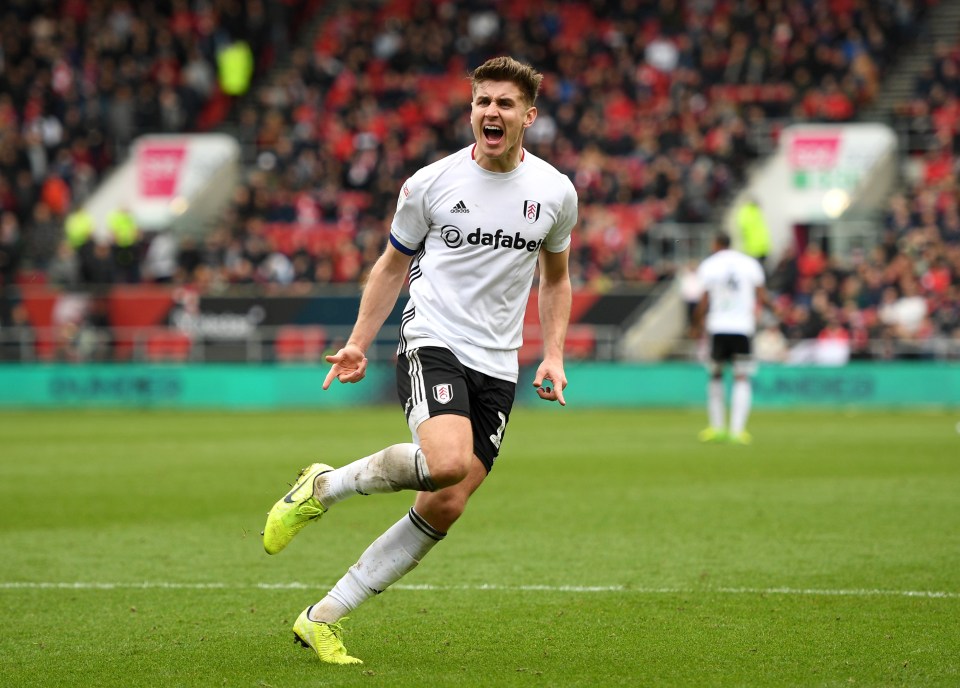 What’s not to love about West Ham’s 2019/20 top scorer Michail Antonio? He’s £8.0m and playing out of position as a striker, and looking fantastic. Currently sat on 33 points, equating to a very impressive 4.13 points per million, Antonio has two goals to his name this season. He has hit 15 shots in the opening four gameweeks, which has led to him hitting shooting tier 1 bonus on two occasions and shooting tier 2 bonus on one occasion. His eye-catching performances have led to Antonio being given man of the match awards in both GW3 (vs Wolves) and GW4 (vs Leicester), when West Ham win, it’s very likely that he will collect these awards. Out of all of the midfielders, Antonio has the second-highest XG, only bettered by Chelsea’s Jorginho who has scored 3 penalties.

Another player who’s playing out of position as a striker, all be it a lot less appealing in comparison to Michail Antonio. 22 points from the opening four games for Robinson who’s owned by just 1.3% of managers pre overhaul. 16 of the 22 points came in West Brom’s 3-3 draw with Chelsea in GW3 when Robinson found himself on the scoresheet with a brace, he also hit shots tier 1 bonus. Other than that, it’s been a complete blank in the other three matches, only achieving starting eleven points. Despite his cheap price point and the fact he’s playing out of position as a striker, I just don’t see any appeal when it comes to West Brom so I will be avoiding.

It’s evident that a lot of my favoured midfield options have already been discussed in this article, but where I have reflected on the first four gameweeks so far in the article, it’s now time to start focussing on fixtures post overhaul. Apologies for any duplicated information, but I hope it shows just how good these players could be:

He was the highest-scoring player last season with 273 points and despite a disappointing start to the season by his standards, I fully expect KDB to be the most owned player post overhaul. Other than Ederson, he’s probably the most reliable Man City asset when it comes to avoiding Pep roulette. His emphatic haul against Wolves in GW2 where he smashed every bonus tier pinpoints exactly why his ownership numbers are so high. It’s worth noting that Sergio Aguero is back in training, once he returns to the starting eleven, it could be great news for KDB who will have a natural striker to set up, but could it take KDB off of penalty duties?

Talking of penalty duties, there’s Bruno. United have started the season poorly but as shown in GW3 against Brighton and once again in GW4 against Spurs, even after a poor display Fernandes can walk away with a decent share of points. Two penalties from the opening three matches has helped Bruno climb to 25 points already this season. Without a doubt for me, he is the most reliable Man Utd cover, but will £10.9m be a little too pricey for most?

Interestingly, Pulisic has seen his price drop this season despite arguably finishing the 2019/20 season as Chelsea’s finest attacking asset. Pulisic is back and training and likely to be ready to go very soon. Pulisic offers direct attacking returns, there’s only ever one thing on his mind, goals. Pulisic drives at the box and loves a shot, regularly hitting shooting tier bonus whilst racking up goals, assists and man of the match awards. The question with Pulisic is whether we gamble on him now? Or hold and wait to see how he fits in to this new Chelsea attack. I’m probably going to hold off.

As discussed earlier in the article, James Rodriguez has started the season on fire with several attacking returns making him the highest-scoring player in the game. Should he keep producing assists and goals then he would obviously be a no brainer. However, his lack of bonus tiers despite Everton’s dominance in the opening four games is slightly concerning. It feels like there could be a lot of disappointing two-point gameweeks ahead. Villa have a lot of great budget options, none more so than their skipper and talisman Jack Grealish. He’s at the heart of almost everything that they do well, so when Villa win, it’s highly likely that he walks away with the man of the match bonus. Last season Grealish was comfortably Villa’s highest-scoring player, finishing on 170 points, 63 points more than John McGinn in second. The emphatic 7-2 win against Liverpool before overhaul, where Grealish picked up a huge 25-point haul, is likely to result in him being a massively popular pick amongst the SkyFF community.

From one talisman to another, Antonio has really stepped up to the plate at West Ham. Similarly, to Grealish, Antonio’s constant threat catches people’s attention, so when West Ham win he’s likely to pick up the man of the match as shown in GW3 and GW4. He was West Ham’s highest point scorer last season with 143 points, but I fully expect Antonio to eclipse that points total this time around. He’s well on his way having scored 33 points from the opening four games. He is absolutely locked into both of my overhaul teams.

Hojbjerg is not going to haul, but what attracts me to him is the steady flow of tier 1 passing and tackling tiers. I don’t really see them stopping, nor do I see him being rotated in the Spurs center midfield. If he can give return steady 5-7 pointers with an occasional assist as he did against Man Utd in GW4, then I’m happy. He’ll almost certainly be sitting in my midfield as a cheap enabler post overhaul.

Thanks once more for reading. If you enjoyed this and didn’t catch the goalkeeper and defender articles earlier in the week, then be sure to check it out on the website. Also be sure to keep an eye out for the Forward’s overhaul articles coming soon.