23 Korean U23 Prospects You Should Buy On Sorare

The main purpose of this article is a brief review of Korean prospects who will be eligible to play in the U23 competition on Sorare in the 2022/2023 season. However, please keep in mind that  some of the players mentioned in the article aren't guaranteed to be eligible for the U23 competition next season since it depends on many unpredictable factors.

Statistics mentioned in this article are actual at the time of writing. Readers should not consider the article as a top list – names appear in random order.

Seoul Yeong-Woo made himself a starter this season and with a high probability, we'll see him in this role next year as well. 25 games (17 starts), 1 goal and 2 assists for Ulsan in K1 are excellent numbers for a young defender. His international background isn't limited to just the AFC Champions League, he has 3 appearances in the Olympics (3 starts, 1 assist). Yeong-Woo can play both left and right back which makes him versatile and increases his chances of playing.

Solid stats (5 goals, 1 assist in 26 K1 appearances) make him a player to watch out for next season in Korea. Kim’s SofaScore average is lower than expected and his competitor on the right-wing, Yun Il-Lok, 29 y.o., wasn't any better statistically speaking. We must mention that he was signed during the last transfer window and might not have had enough games to prove he was better than his younger teammate.

Only 32 rare cards (0 limited ones) have ever been issued and due to the low supply, the prices on the market are absolutely nuts. Cards minted in the new season cards should amend that, and Sorare managers will be able to buy his card at a reasonable price. Rather powerful 185-cm young striker managed to score 3 goals in 13 K1 games this year. Oh’s impressively high stamina allows him to play 90 minutes all-year long.

2021 was a great year for Ex-Pohang Steelers attacking left-winger. Song Min-Kyu debuted for the national team (5 appearances already), scored 8 goals in 27 K1 games and, undoubtedly, should be mentioned as one of the brightest Korean prospects. A successful year doesn't make him a 100% starter, though.  Modou Barrow, the Gambian star left-winger for Jeonbuk aged 29, hasn't played since July due to a long-term injury. He'll try to get back to the starting XI as soon as he gets better.

One shouldn't expect to see Lee in attack, especially considering the fact that his teammate is the Brazilian star Cesinha himself. Lee Jin-Yong's best skills are the defensive ones. He is actually quite good in ground duels and tackles. Probably next year isn't the one for him to blossom and become known to a wider audience, but you never know for sure when a boy becomes a man.

He is classified as a defender on Sorare, but Lee played as a center-forward in his last game for the tangerine team and even managed to hit 3 shots on target and scored once. Looks like Jeju’s tall defender (194 cm) feels himself quite confident playing in attack. It's hard to predict how long this experiment will continue, but it's really interesting to see how it turns out. Depending on when exactly the new season cards will be released, there are chances Lee retains his spot in the U23 tournament in 2022.

Kim is a player to be intrigued by at the end of the current season as he seems to have improved his attacking skills significantly. The away match against Pohang on the 25th of September was probably the best in his career (1 goal, 1 assist, 4 key passes, 7.7 SofaScore rating). If he continues to improve, his average price on Sorare will increase at least several times in the near future. 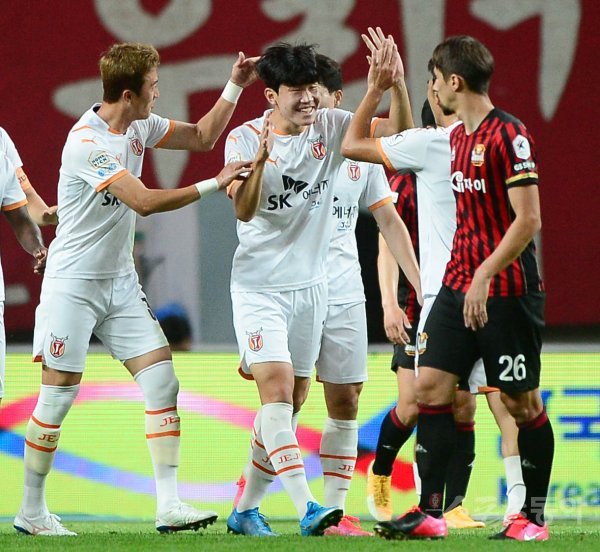 Jeju’s right-winger failed to have a lot of impact on the attacking efforts of his team. His average is significantly lower than his manager would like to see. But he made 14 starts in K1 this season which is a good thing for a young player. If Lee improves his attacking skills, we will notice a much higher interest on Sorare.

Quite surprisingly, Kang has never been called up to the U21 national team. This fact doesn't mean he has no ability to play good football. 27 appearances (18 started), 1 goal, 1 assist in K1 aren’t bad at all considering his position and young age. If Suwon Samsung won't stop believing in Kang, we should see significant improvement in his career.

With 31 played games (30 started) in K1 and a good enough average, Kim Tae-Hwan shouldn't complain about the season. 1 goal and 5 assists are solid stats for the U23 national team member. We should see be seeing him in the starting XI next season as well as far as I’m concerned. The only thing every Sorare manager with his card could be upset about is the fact that his cards are only available with the “defender” role. 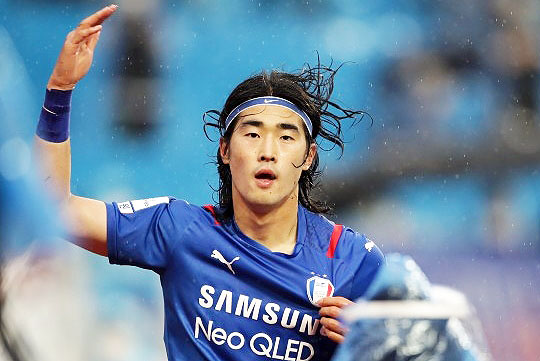 Only 7 Jeon Se-Jin cards have ever been issued. This SR-ish rate is interesting enough in itself to try and trade a card of the U23 South Korean national. He played only 6 games (2 started) in 2021 for Suwon Samsung Bluewings but we should expect Jeon to be seen on the pitch more often next season. He isn't afraid to shoot on target which is a good sign for any attacking midfielder.

Lee was especially good late in the season. This fact significantly improves his chances to play more often next season. As for the 2020/2021 season, he managed to play in 21 games (but only 8 of them as a starter). He is a good passer (87% accuracy per game) but as a defensive midfielder,  he definitely needs to improve his tackling skills (44% total duels won).

3 goals and 3 assists in 30 K1 appearances (only 7 as a starter) are the reason why more and more Sorare managers start following this young attacking midfielder. Key passes per game rate is 0.5 so far. If Go doubles up on this stat, we will see his shares grow in price in no time.

What a universal footballer! Late in the season, Lee, a defensive midfielder by trade and 185 cm tall, started to play as a center forward due to his team’s striker injury crisis. Korean football never stops surprising. He hasn't scored in K1 (30 apps, 25 started) though but put the ball in the net 3 times in 9 appearances in the AFC Champions League. Regarding the fact that he is able to cover almost all of the positions on the field, we should expect him as a starter next season with high probability. 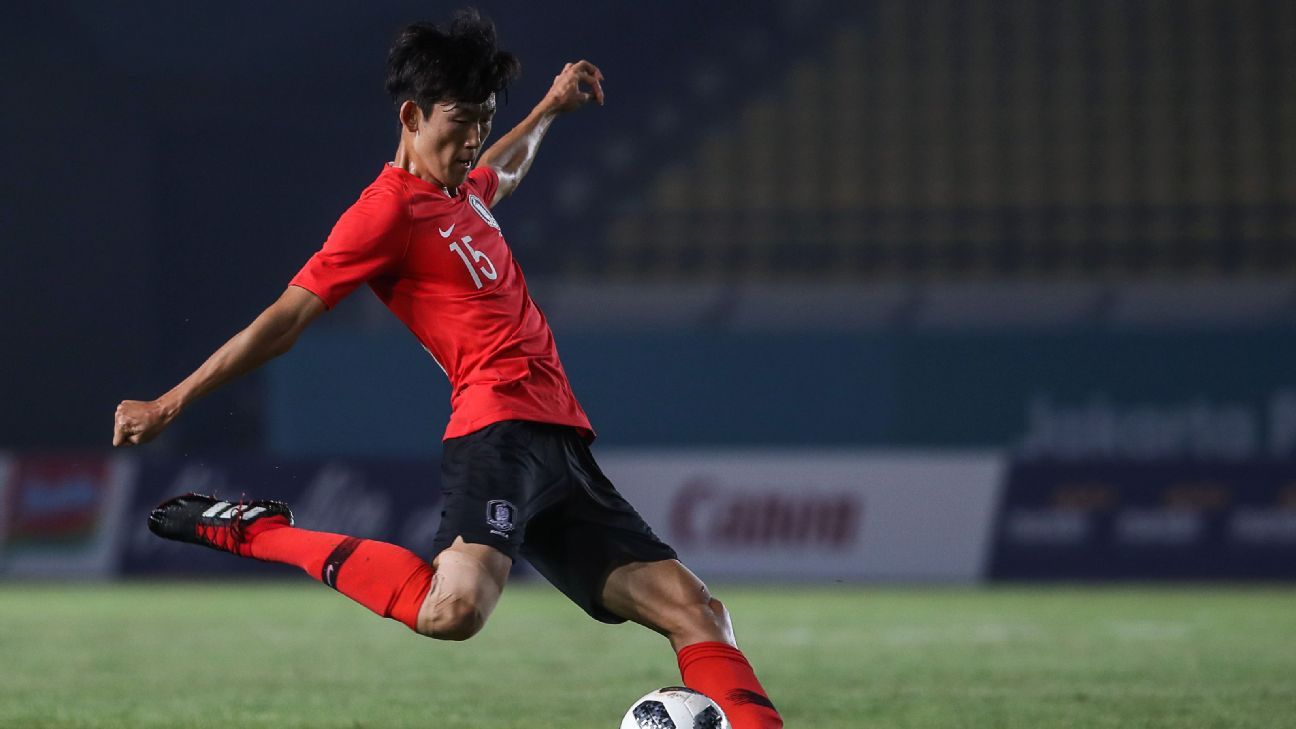 Lee Joon-Suk, a member of the U22 South Korea team, scored once in his meager 5 appearances this season. We expect to see Lee much more often next season. Incheon United is one of the Korean teams using the so-called ‘early-sub’ strategy when a couple of young players start and are subbed off in 20-25 minutes. Therefore, a starting position in Incheon team is not necessarily something that every Sorare manager hopes for.

Kang has only 6 appearances (3 as a starter) in 2020/2021 K1. The standout performance in against Gangwon in October when he scored 100 points is something hard to forget. Kang is good in ground duels but the aerial ones are much tougher because he is only 180 cm tall,  which is quite average for a central defender.

Read more: Starting Out on Sorare: Limited or Rare?

It is wise to pay attention to Lee because this 188-cm center back in 9 games of the season he was included as a starter was pretty impressive. Check out the heatmaps! Stunning!

After his teammate Kim Jin-Ya was injured, Lee Tae-Seok replaced him as basically the only alternative at FC Seoul’s left-back position. That was a chance for the young player and he did great. He is good in attack (2 assists, 3 big chances created) and dribbling (75% success) as well. Cho was named South Korea Youth Player of the Year in 2016. Since then he made a lot of progress and now he is undoubtedly the main attacking force of FC Seoul (26 starts, 6 goals, 1 assist in 2020/2021 K1) and South Korea U23 team (7 goals in 13 appearances). Excellent choice, albeit not the cheapest one if you are looking for an Asian U23 striker who is expected to be a starter in almost every game a season.

Kang is known as a “Korean super rookie”. We expect him to make huge progress next year. He is definitely gifted and 2 assists in 9 appearances this year is just the beginning. Kang isn't afraid to take responsibility for his attacking decisions (dribbles, shots). Good quality for an 18-yo teenager. 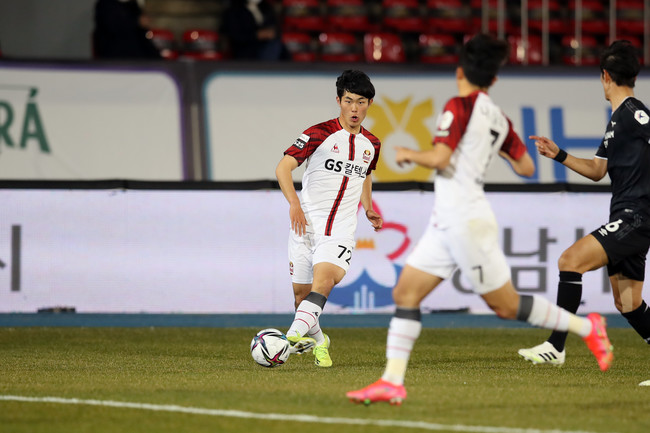 Kim started most of the games as a part of the first XI,  but his average minutes per game is only 31 minutes. Yes, he was involved in the early-sub strategy which is a common thing in Korea.  It was hard for him to make a big impact, but 1 goal and 1 assist in 18 appearances in K1 this season isn’t that bad at all for a central midfielder.

It's hard to say anything specific about Choi Ji-Mook but stats are good enough to take note of him. 11 games for him as a starter this K1 season. 0.4 key passes per game is above average for the player of his position.

A solid right-winger who made some progress regardless of his team's poor performance. 1 goal in the Olympics for the U23 South Korea team, 4 goals and 1 assist in K1 this season. Most of the Korean teams would love to sign such a promising player and we won't be surprised to see him moving somewhere outside of Gwangju even if his current club stays in K1. 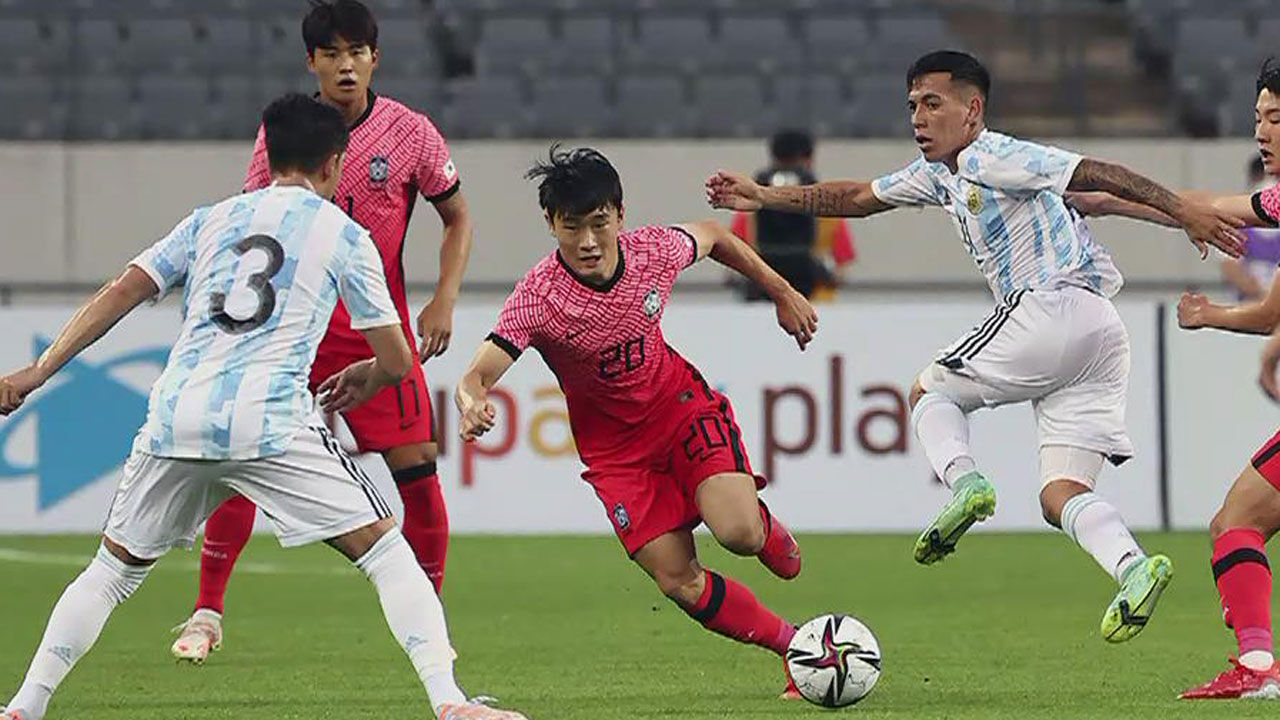 A Sorare manager (Gloomy Koalas) since April 2021, currently living in South Korea. My favorite SO5 Leagues are K1, J1, RPL and Jupiler Pro League. My motto is 'The emotional tail wags the rational dog'.