Club football is back to Europe! It means we have even more tournaments in Sorare this week. Latest news, injuries and suspensions that will help you win some valuable cards in our gameweek preview. Here we go!

In the main game of the week of the Jupiler league, the current leader Charleroi will play at Zulte Waregem. Mamadou Fall will serve his second game of a two-match suspension. Shamar Nicholson took advantage of the situation, got his position in the starting squad back and scored a brace in the previous game against Antwerpen. 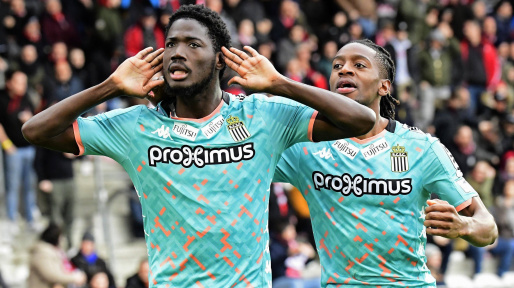 Brugge will host Waasland Beveren, the team with the worst defense so far, on Saturday. The second-best defender of the league, according to Soraredata, Brandon Mechele will miss the game due to the coronavirus.

In Russia, the Moscow derby will be held on Sunday. Ezequiel Ponce and Alexander Kokorin are back to the main training group for Spartak, while CSKA defender Diveev suffered a thigh injury playing for the U21 national team. He is a major doubt for the derby. Another defender Bruno Fuchs will definitely miss the game.

New York Red Bulls lost 0-3 to Philadelphia Union after firing Chris Armas and now are to face D.C. United for the second time in their last 3 games. Red Bulls have enormous problems with attack having scored only twice in the last 5 games. D.C. United are not much better in terms of forward actions - on Sunday they managed to become the second team in MLS history that failed to register a single shot in a game. Are we expecting 0-0 here?

LAFC and Portland Timbers will face each other in one of the most anticipated games of the MLS weekend. Los Angeles continues showing poor results — only 3 points since the end of 'MLS is back'. Bob Bradley is trying to compensate Atuesta’s absence but still hasn't found the right answer. The winners of this cup, Timbers, are also much more of an attacking team so we could expect a high scoring game, although Portland lost one of the leaders, Sebastian Blanco to the ACL tear.

We are also looking forward to the Texas derby at the weekend. Houston hasn’t lost a single game after the Orlando bubble while Dallas suffers a lot of problems in terms of squad strength. Ondrasek missed the last two games due to personal problems and there is no date set for his return. Reggie Cannon was sold to Boavista and it is young Bryan Reynolds who is going to be his replacement.

K-League Round 20 brings us Super Match between FC Seoul and Suwon Samsung Bluewings. Ki Sung-Yeung, well-known for the EPL part of the career, could make his first start for Seoul after returning to K-League. Adam Taggart missed Suwon’s last game but should be in contention for Sunday. It is unclear whether Doneil Henry will be able to help his team at the weekend.

The reigning champions from Jeonbuk are to open the weekend at Gwangju FC. Hyundai Motors lost two last games while their opponents drew 4 of 5 last games. Gwangju winger Willyan is suspended for the gameweek and it is a blow for the team as he scored 3 goals in the last 4 games.

Korean weekend will finish with the battle for survival. Incheon United will try to use one of their last chances to stay in the league. They need to beat Busan IPark who are six points away from them at the moment. The main hope is Montenegrin striker Stefan Mugosa scored 5 goals in last 4 games. Busan main defensive midfielder Park Jong-woo will miss the game due to the suspension.

Read more: Try Sorare and Get 10 Common Cards for Free!

We hope that you find the information useful enough to make the right choices when creating your teams for the weekend tournaments.