The budget has been reverted to 100 mln. in the Weekly Monster with €50,000 up for grabs on  Fanteam this week. I am a big fan of this change as it is easier on the eye and facilitates player value calculation. The €2 Monster is also on offer with an increased prizepool of €15,000 this week, making it a great place to start for someone just beginning their fantasy journey.

Wow, what an evenly matched slate! I don't see a clear-cut favorite in any of the games save Chelsea. The Blues assets are very expensive this slate and will be playing after two defeats to City and Juventus in midweek. Were these the first signs of a dip in form? I would advise caution when going for Chelsea picks as Southampton have found a bit of form themselves and didn't allow a single goal at Etihad not so long ago. Alonso might be someone to captain as I still hold Chelsea defence in high esteem despite two losses.

Liverpool are playing Manchester City at home in a title race 6-pointer. Both defences might be wort considering, but I would probably stay away from attacking picks from both side, Salah being the in-form exception or Mane thrown in for differential purposes.

Attacking weak defences might be the way to go this week with Norwich, Newcastle and Leeds averaging more than 2 xG conceded per match.

The budget is set at 100 mln. with 9 games making up the slate. Let's jump right into it. 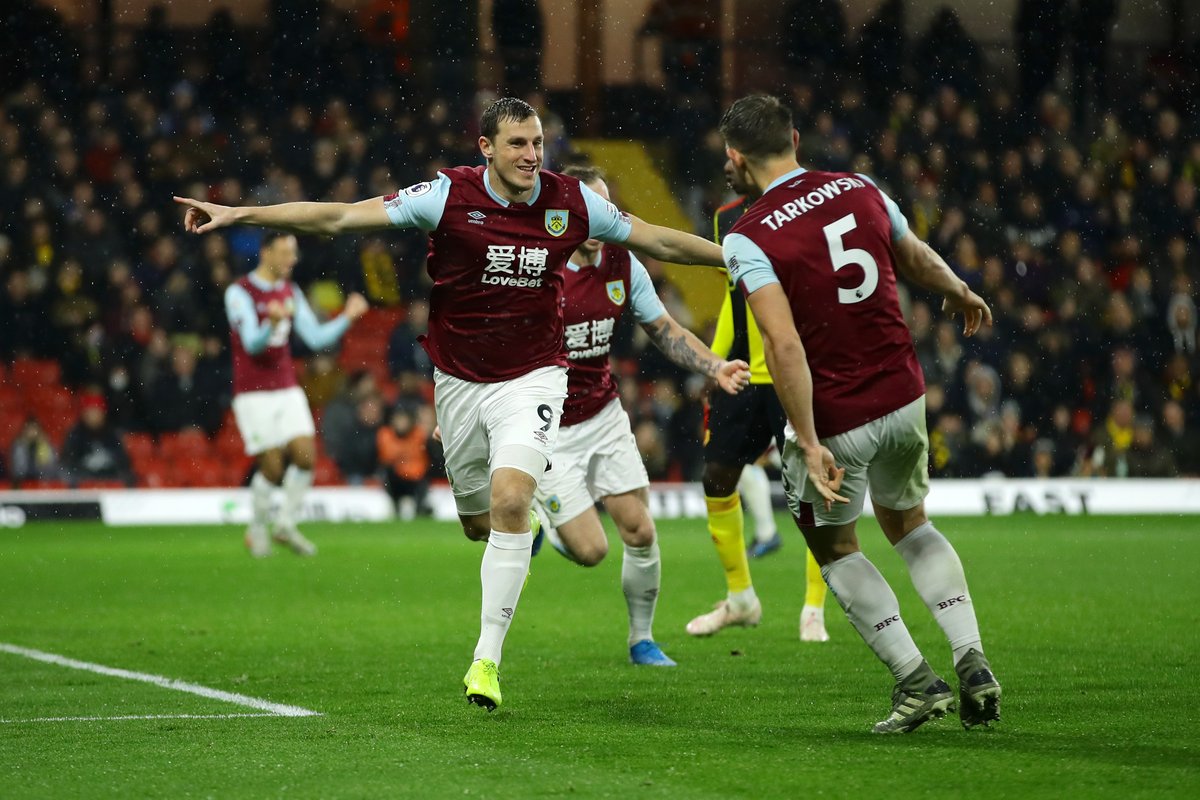 Norwich are one of the worst sides defensively, conceding 2.04 xG/90 and 2.67 goals per game (20th). Burnley are in the bottom half for chances created, xG and other attacking metrics, but are not hopeless with 1.09 xG per game and 0.83 goals scored.

Burnley attackers are priced a bit too high for my liking, but a 3-man stack and a captaincy, perhaps, would be a good way to attack this slate.

Wood leads the team with 12 shots and 1.70 xG with 1 goal to his name so far. Defenders Tarkowski and Mee are 2nd and 3rd with 7 shots apiece, highlighting where the danger comes from in this Burnley side.

Norwich have been awful offensively as well, being the worst side with 0.84xG per game. The bookies agree with me on this one rating Burnley at 37% to keep a clean sheet. A no-brainer stack, in my opinion. Just bear in mind that it will likely be heavily owned in the 20-25% region.

Wolves are another great alternative as highlighted in this brilliant preview by nevermind found below.

I like Crystal Palace in this game both from the defensive and offensive perspective. The Eagles have very good attacking numbers GW3 onward,  with 1.60 xG and 2.5 big chance per game GW3 onward.  Leicester have one of the league’s worst defences and are 15th for xGC/90 with 1.54  and 14th for shots in box per game with 11.17.

It is clear who Eagles’ main threats are – 90-minute Zaha and Gallagher are priced kindly and we can expect a single return from each, which would justify their price tags.

Zaha is right behind him with 21 box touches, 9 shots and 1.86 xG, although it must be noted that he has converted 2 penalty kicks, so his non-penalty xG is not as good as we’d like. He is the team talisman nonetheless and must be in your stack if you fancy Crystal Palace to win. 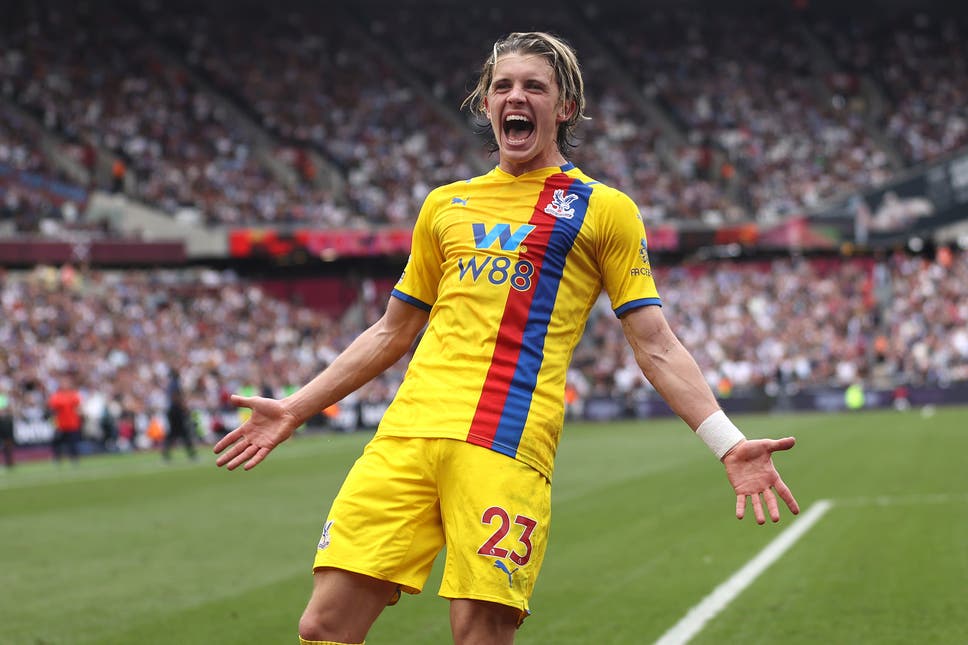 Aston Villa is a team on the rise, in my opinion. They beat  Everton, drew with Chelsea in the League cup and defeated United away at Old Trafford.

Watkins seems to be back to full fitness, leading the team with 5.67/90 touches in the opponent box and 2.67 shots/90. He’s had 2 big chances in the past three games with 1.00 xG. He is never subbed off which is a boon at Fanteam as we all know.

As for Martinez, Tottenham are the worst side with 9.33 shots per game and 19th in xG with 0.86. Kane is all sappy and out of touch, so I am not ruling out a clean sheet for the hosts, while the bookies only give Villa 22% to keep a clean sheet. Tottenham will have to work harder than that to breach the hosts, in my opinion.

Feel free to add another defender to the stack (Mings, Konsa) or just roll with these two.

Going differential here with a vertical stack here. While this strongly smells of a 1:1 tactical battle, I guess we still must consider Liverpool defense even without Trent. They are priced cheaper than the City assets despite playing at home, and while there are other options in the same price bracket, I like this stack for its differential merits alone.

Allison might farm some saves and Dijk has 11 shots to his name so far. 23% to keep a clean sheet is not much but it is what it is.

Mane is not far behind Salah in terms of xG with 3.96 and is tied with him for shots. He is a differential I am backing based on his stats. City are the sturdiest defense of the league, but they don’t play at Anfield every week.

Liverpool are projected to score 1.3 goals

Many will be all over Arsenal after their impressive win against Spurs, thinking the Gunners have climbed out of the whole. While I think they are slowly improving, I am going for a differential Brighton stack here. Recency bias will be on our side as Brighton will most likely be ignored by many in favor of Arsenal, who are still in the bottom-10 for expected goals per game with 1.09 and 4 shots on target per game. What is more, they have averaged just 0.61 xG/90 in their 3 games played away from home (bre,mci, bur).

Brighton, on the other hand, are 6th for expected goals conceded with 1.13/90 and are 5th for shots in the box conceded with 6.50/90. They are in good form and will make it diffucult for the Gunners. I am expecting Brighton’s defenders to be owned by no more than 5-7% of the field.

Duffy leads all the defenders in the league with 11 shots in 6 games, furthering the appeal of this Brighton’s defensive stack. Arsenal have conceded 1.68 xG and 2 goals from set-pieces (16th).

Brighton are given a 28% chance to keep a clean sheet