Weekly Monster with €50,000 up for grabs on  Fanteam is . The prices are here and the slate is full of interesting decisions to make as always, and I am here to shed some light on stacks I find playable this week. The €2 Monster is also on offer with an increased prizepool of €15,000 this week, making it a great place to start for someone just beginning their fantasy journey.

Lukakuless Chelsea will not feature in this week's slate, while Liverpool travel to the red side of Manchester. There are not many standout captains options and premiums, so the budget for the slate has been decreased to 95 mln.

it is likely that many will opt for Manchester City and high-flying Salah in search for captaincy options. I believe it's worth looking for captains in unconventional places - Crystal Palace, Everton, for example. I also believe that the number of one-off picks will be higher this time around, as Antonio, Vardy, Son etc. can be relied on. Not many teams are expected to score a lot of goals and most potential triple-ups are looking less viable this week in my opinion.

The budget is set at 95 mln., with 8 games making up the slate. Let's jump right into it.

Norwich and Newcastle are two teams I am going to target every time until there are any changes in the way they defend. Until that happens, double-ups and triple-ups from any team playing them is always on my watchlist. The Magpies are the worst side in terms of xG conceded per match with 2.05/90 and big chances conceded (15).

Crystal Palace are middle of the pack in terms of xG (1.12) and big chances (1.38) per match, which is a big improvement anyways over Hodgson’s side last year that put you to sleep every time you risked to watch their game. They don’t shoot a lot (10.75 shots/90, which is 3rd-worst in the league), but the quality of their chances is decent as evidenced above.

Gallagher stands out dictating play from the deep and making Gundogansque runs into the box. He leads the team with 0.40 xG/90 and 2.57 shots/90.

Edouard is not far behind with 1.80 shots/90 and 0.25 xG per game in 270 minutes of league football played. He is always subbed off which is a concern, but I’d still pick him.

Most of Zaha’s xG comes as a result of his 2 penalty goals, but I am moving all-in Palace and can’t envision my lineup without him. 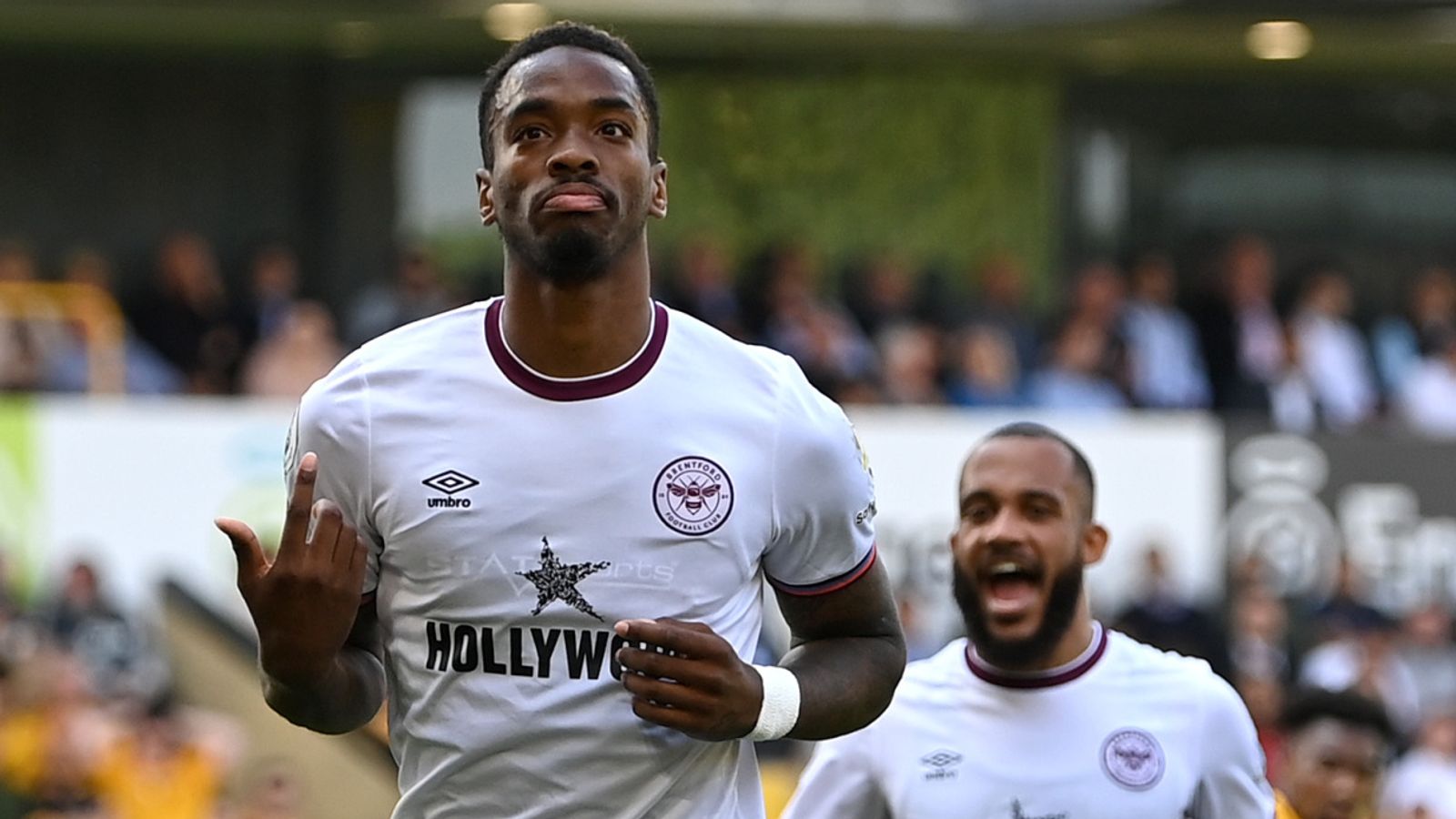 Perhaps the sound of the posts ringing after Mbeumo’s shots clouds my judgment and I am just hoping on the Brentford hype train, but I can’t ignore this deadly duo against a leaky Leicester. Brendan Rogers troops have just returned from their midweek clash against Spartak in snow-sprinkled Moscow and tiredness might be a factor. They are conceding 16 shots per game (2nd worst) and 1.44xG/90.

One or both of them are highly likely to be involved if Brentford score. Toney is also the designated penalty taker while Mbeumo takes an occasional corner and direct free-kicks.

Brentford are projected to score 1.3 goals

An away game at Old Trafford isn’t the easiest of fixtures, but ignoring the Egyptian King on the back of such performances is foolhardy even given his rather steep price. He is a good one-off play, although stacking him with Mane is a decent play as well.

United are far from a defensive powerhouse this season with 1.44 xG/90 and 12.50 shots conceded in 8 gameweeks. Mane is just behind Salah in all the mentioned metrics and might be flying slightly under the radar with the Egyptian enjoying all the laurels.

Liverpool are projected to score 1.6 goals Burnley are one of the worst offenses sides in the league, with 0.98 xG/90 (3rd-worst). Four of their goals were scored following a set-piece situation and more than 50% of their xG is generated this way. If Southampton can contain them in their own box, I can see a clean sheet for the home side here.

Bookies agree with me, giving them a 39% chance to keep a clean sheet. Not much to look at as far as potential attacking returns are concerned, but Livramento is the livliest of the bunch with 0.98 xA and 7 chances created. Salisu has 4 shots to his name and is the cheapest of the bunch.

A bit of a chalky defensive stack that will be the backbone for many-a-team. Watford are dead last in terms of xG with 5.95 and are last for shots with 76. Ranieri's magic didn't work against Liverpool last week with his team looking glum and uninterested. of course, they were up against Liverpool, which is no mean task, but I believe they lacked combativeness and spirit - something you would expect from a team under a new manager.

It remains to be seen whether Ranieri was able to ignite the fire and wake the Hornets from their slumber. It is not easy to score against Everton with them sitting 4th in xG conceded/90 with 0.93 and 7.13 shots in box conceded (6th). Digne is still a potent threat with 14 chances created and an xA of 0.54. Keane has 7 shots to his name and an xGI of 1.40. Watford have concede 5 goals following a set-piece (19th)

Everton are given a 46% chance to keep a clean sheet