No beef here! Gameweek 35 hasn't reached its conclusion yet, but it looks as if those who attacked Man Utd have won the Gameweek 35 war, particularly those who took the gamble on Mason Greenwood. But those who did attack them and have no chips left now have hits to take to rectify the situation. Captaincy in Gameweek 36 is going to be split, and a big decision looming? Here we are going to debate the five captaincy options that I think stand out for this gameweek. The route you take is obviously dependant on your squad, but also on your rank. Play safe, or is it time to gamble on a differential?

Gameweek 36 Captaincy: Which way will you go?

I'm ranking these options in my order of preference, but all 5 of these seem like viable captaincy strategies for Gameweek 36. Let's get straight to it!

Personally, I feel the best option this week is to target one of the Tottenham boys in their home game against Wolves. At this point, it's difficult to judge the Wolves team with Nuno seeming to move towards experimenting a little in the win against Brighton. But it was safe to say that Brighton were comfortable and cruising in that game until Lewis Dunk had a brain fart that changed the momentum entirely. It might be that the Wolves win gives them a lift in confidence, but I think you have to expect Spurs to win and net at least a couple of goals in that game.

Harry Kane has been painfully unlucky over the last couple of games, including a nonsensical offside decision to deny him a goal at Elland Road, and I'm expecting that luck to turn during this game. Son is a slightly more 'differential' option than Kane but if you own him, I think he's perfectly viable and has been racking up the points over the past couple of games. We've all seen this strategy talked about on Twitter. "You aren't playing FPL right if you aren't having fun and attacking the triple gameweek." But if you have no escape route for Gameweek 36, it's not that easy, is it?

The main reason that I feel they are the number one option is the apparent certainty of the start over the second-best option, which feels a little more of a lottery.

Under the circumstances of a normal season, a Liverpool attacker in a fixture away at a relegated opponent would be a dead certainty for captaincy. But this season hasn't been ordinary, particularly the second half of it where Liverpool have struggled to take their chances and kill games off before ultimately suffering and throwing the game away. There is absolutely no doubting that the Liverpool assets are viable captaincy options this week.

One thing to wait for is the teamsheet against Manchester United on Thursday. My personal instinct is that Diogo Jota will be benched in that game and if so, it makes it difficult to know which of the Liverpool attackers to gamble on. The risk of Salah or Mane being benched for that game ultimately makes it harder to place the armband on them – although its important to remember that one of Salah's biggest hauls of the season came as a substitute away at Crystal Palace.

If either are rested against United, it opens the door to feel confident in captaining them. If that happens, that would put them on a par with Kane as an option. But if they both start against United, I wouldn't want to be the one guessing whether any of them get a rest at The Hawthorns.

Mane obviously presents a huge differential opportunity and probably had his best performance for months against Southampton, despite admitting he was struggling to put his finger on why he was having 'the worst season of his career'. 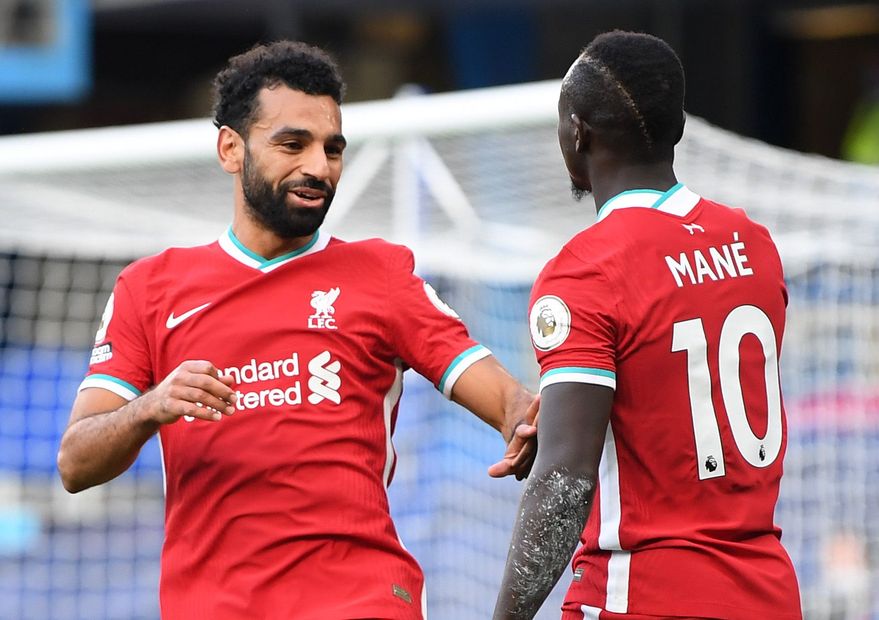 Targeting the worst team in the league is always a sound strategy and there's no doubt that Sheffield United have been the worst in the league this season. Again, Everton are fairly reliable in terms of team selection so you can feel relatively secure that Calvert-Lewin and Richarlison will be in the team if they come through the match against Aston Villa unscathed. With that in mind, they are completely and correctly in the discussion when it comes to captaincy.

The problem is that we've been burned in these situations by Everton before, and their home form this season is horrendous. The counter-argument, of course, is that Sheffield United have been horrendous home and away, and surely Everton will win this game.

I can understand people making the move to captain Calvert-Lewin in particular, but I'm not sure I'm brave enough to suffer it with the history I've had with getting burned by Everton.

The next two are a little more on the punty side...

I think if I'd been looking at this question before Gameweek 35, I might have put Sergio Aguero here alone, but after missing a penalty that drew the apparent wrath of Pep Guardiola and with 3 games left before Man City's biggest European date in their history, I have no desire to try and play Pep Roulette and guess what he will do in essentially a meaningless fixture. There's no doubt that all of the City squad will get minutes over the course of the next 3 games and that Pep will want his team to have some rhythm, but it's difficult to know which players will make the appearance against Newcastle.

If I was going to take a gamble on one for this week specifically, I like Riyad Mahrez. He rested for the Chelsea game and I could see him causing monumental problems for the Newcastle defence. But unless you're on a free hit, you'll need to have serious 'cojones' to bring him in for a week where most people are short of bench cover.

Are you brave enough? 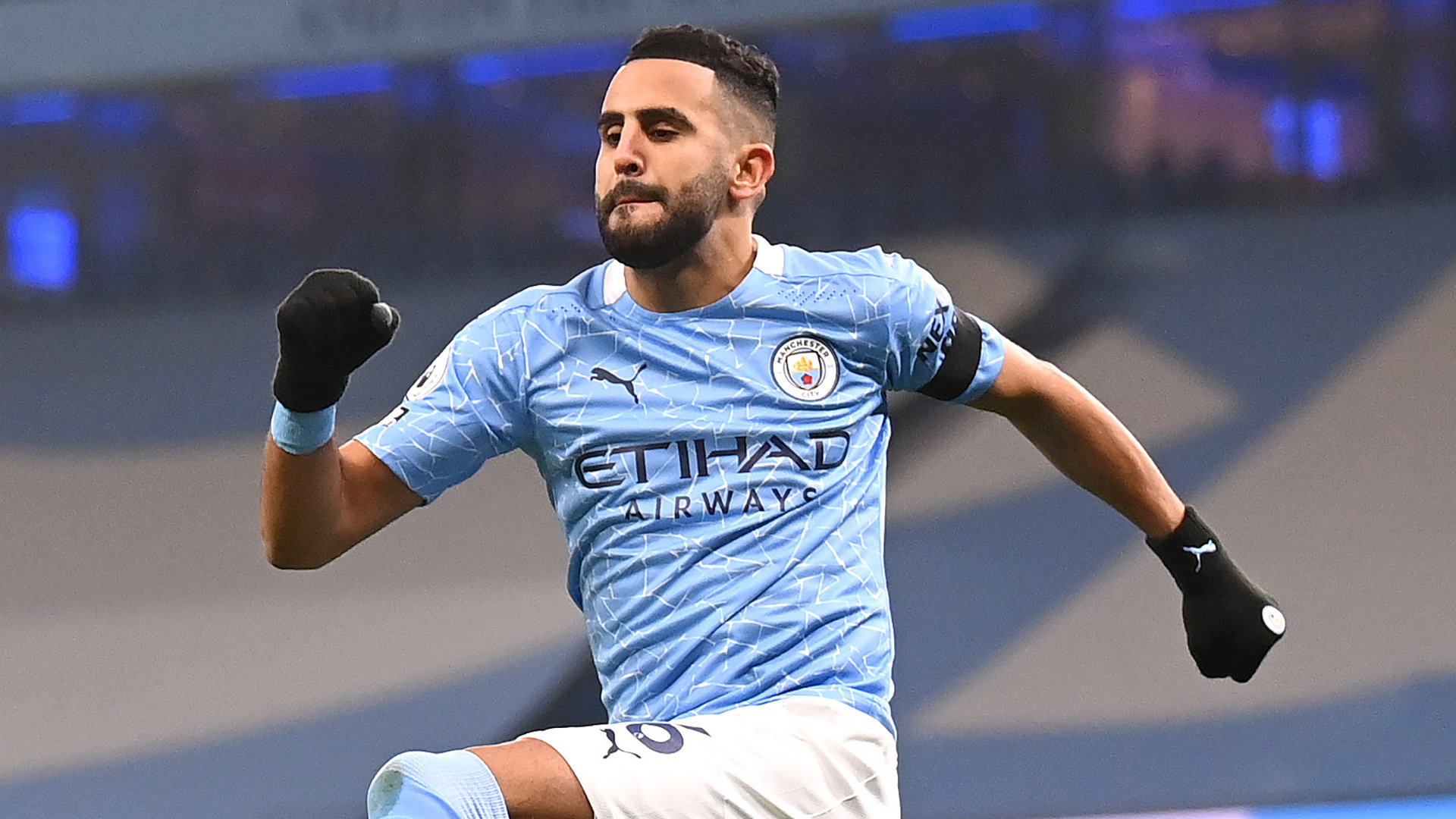 Probably more for someone not happy with their rank, but could a differential striker tickle your fancy? Danny Ings returned to action against Crystal Palace with a typically lethal brace and a home game with a relegated and deflated Fulham spells points for Ings, but it always feels risky with his injury record. The same could be said of the other name, Michail Antonio. The selection is ultimately made more positive by the absence of Lewis Dunk, but it's hard to ignore the fact that Brighton's defensive numbers are good and they could continue to perform well even without their talismanic leader.

I prefer Ings as a captaincy option for GW36 but if I was buying one of the two players for the last three games, it would be the West Ham man I invested in.

So those are my options. Which one are you going with? Let us know!

Whenever a blank gameweek comes around, the debate around how many hits are worth taking rears its head. The issue with hits at this stage of the season is that they only have 3 gameweeks to repay that cost. From that perspective, I think you need to really focus on players that are going to start for you in the three remaining gameweeks and strengthen your position for the rest of the season. I'm taking a -4 to get to 11 personally which I think is worthwhile, but if you need to take -8 or -12, you start to reach a point that I don't personally think is worth it given the time left in the season.

So if you are solving problems for 37 and 38 too, go for it. If not, tread carefully.

Fans in the ground

Remember that home fans will be in the ground for the games at the end of the season. It could see an advantage for home teams and potentially lead to more home wins or goals, although this is obviously just guesswork. There's also the chance that playing in front of opposition fans inspires away teams to raise their game. That's a judgment call that you need to make for yourselves as FPL managers in terms of whether you target home or away players.

I can't implore you enough to be ready to check out DraftGym TV – out Youtube channel with videos and live streams – in the coming weeks if you are planning on playing the FanTeam game for Euro 2020. FPL Teach Mode will be giving you the lowdown on the Euros with the support of an absolute legend in FPL Kaptain, and I'm sure it will be a massive help to anyone planning on playing the game. I can't wait myself, make sure you check it out and follow @draftgym, @FPLMode and @FPLKaptain on Twitter.

35 Gameweeks without an attacking return for this absolute superstar footballer. 3 good fixtures to come – could he actually get one before the season ends? I doubt it.

Thank you for reading. Please, let us know where you are going with your armband this week!