One of the best FanTeam DFS players makes his comeback this week with his preview full of bratwurst, traps, gifs and a hail mary. Read on to read the mind of nevermind, no pun intended. Well, maybe a little.

Whilst Manchester United is the clearest favorite on the slate and will draw high ownage around shiny new toy Ronaldo (13.3m) and proven deliverer Bruno (13.5m), you might feel the need to differentiate to the masses with at least some of your lineups.

The next best >2.5 goal probabilities on the slate belong to Chelsea and Arsenal. Especially Arsenal feels like a sneaky pick, considering many people might fade them after their disappointing performances to start the season. Good odds, reasonable ownership, sounds great! Aubameyang (12.3m) or Saka (11.6m) seem like attractive candidates. Except, you still shouldn’t pick them.

I really trust in odds, but in this case, I can imagine markets still being swayed a bit by name recognition. The headache of picking (the right) Arsenal attackers is not one I am willing to voluntarily take right now.

The pool of budget defenses is really scarce this week. We have clear underdogs (Newcastle, Aston Villa, Leicester, Leeds) with clean sheet chances of below 15%, they will only be occasional punts for me. Then there is Burnley, but Everton has looked solid so far offensively.  Then we have Norwich, which might be an interesting bet (see above).

But here I’ll go with a pretty obvious candidate in West Ham United. This week, they might actually be lowly owned. With Brighton, Brentford and Wolverhampton, there are similarly priced defenses available with better clean sheet odds (all three teams around 30% to 35%) than West Ham (around 25%).

The bet however is simple. If Brentford and Brighton both concede in a 1:1 or similar, huge chunks of the field will already have to surrender their defense, as I expect both these options to be relatively highly owned.

West Ham might be a nice differential here, since they looked at least okayish in defense so far, conceding the fourth least expected goals and fifth least goal attempts. This did not materialize in clean sheets so far, which should further suppress ownage in the field.

And on top, there is a juicy scoring upside with Cresswell (7.7m) on set pieces and the likes of Zouma (7.0m) always a threat in the air. You could stack this duo with Soucek (9.2m) for even more synergy in terms of scoring headers and clean sheet points. 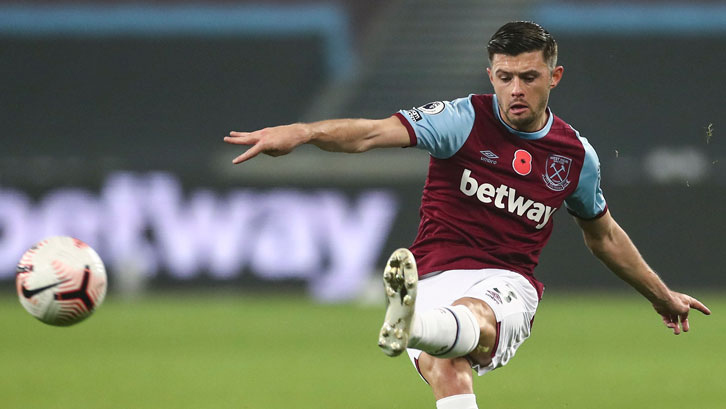 Shane Duffy (6.9m) has put up insane statistics so far.

Here is the complete list of ALL players with more shots in the box so far: Antonio, Salah, Mane, Jimenez, DCL, Lukaku.

He has been an immense threat after set-pieces with his 8 shots in the box, so you should stack him with Gross (8.4m). He might not be low-owned, but he will be lowly captained. Him both keeping a clean sheet (~35%) and scoring does not seem to be completely out of the picture. If you manage to hit this jackpot, chalky United captains already need to score twice or more to catch up. It’s a bet I am willing to take in a few lineups.

The defense pick looks appealing. You can get two players for roughly 17m and the clean sheet probability is around 40% based on odds. And then there might be some upside with Tierney (9.3m). However, similar to the offense, I want no piece of that.

Arsenal has looked truly atrocious. Well, well, you might say. Slow your horses! The schedule!

Well, besides conceding 1.5xG against Brentford, the way City and Chelsea ran rampage should be worrisome to everybody considering the Gunners’ defense.

The 2.9xG Chelsea managed against Arsenal has been their highest xG tally ever_since_Tuchel_took_over in January. Lukaku alone managed to generate EIGHT shots.

Last week I mentioned Traore (8.9m) and he is still a valid pick. He almost plays like a forward and had two shots and four key passes against Manchester United; him scoring will be a question of when and not if. But repeating last week’s selection would be too easy.

Thus, I’ll go with one of the surprises to start the season: Brentford’s defense!

Brighton and Brentford have similar clean sheet odds. I expect the field to prefer Brighton (proven PL defense, scoring upside). With these underlying stats so far, I will make sure to have at least equal shares of Brentford, especially Raya (7.9m) with his nice floor via saves.

Enjoy the Monster and good luck!

Koalified fantasy sports enthusiast from Germany. Loves Fanteam almost as much as a good Weizenbier. Being a strategy manager by profession, he aims to translate these skills into Daily Fantasy Sports. After being one of the biggest winners in the early days of European DFS, he is aspiring to get back on top, with current net profits of over 55,000 Euros.