To be successful in daily fantasy sports, you need to look further than just goals scored, assists and clean sheets when creating your lineup. In this article, we will single out some crucial data that is sometimes overlooked by fantasy managers when building their teams. We are targeting daily fantasy enthusiasts with this advice, but season-long players might also find it useful. In the first part of the article, we will focus on team stats, while in the second, we will focus on specific player positions.

Stacking defense and offense is the backbone of daily fantasy. FanTeam have nerfed down defensive stacking this year by introducing Stacking Penalty. Although every second defender picked from the same team comes with a penalty, it is still sensible to stack your defenders. The change led to more diversity in formations (the predominant strategy before the change was a 3+3 defensive stack) as we now see more fantasy teams with 3 and 4 defenders.

Teams’ current form is one of the first things you must look at when deciding who to stack in defense. Please note that you should not concentrate on the overall form, although it serves as a nice indicator of how a certain team is doing at the moment.

Focus rather on the given team’s record at HOME or AWAY, depending on where they are playing this week. In our weekly Throw-in articles, we provide you with sortable charts full of home\away data.

While it matters little for top-6 sides where their next venue is held, some bottom and mid-table teams are very dependent on home turf advantage.

According to the research done by Sky Sports , home advantage increases the chances of winning by 15.9 percent in the Premier League.

Another important number to look at is Goals Conceded and Clean Sheets kept, but do not take it at face value as one does not necessarily mean the other.

Both Manchester United and Crystal Palace conceded 20 goals at home last season. The Eagles were far ahead when it comes to clean sheets, though  –  7 to United’s 1.

The new xG (expected goals) metric hit the pitch last EPL season. There is little doubt some have used it before, but now it is integrated into the postmatch analysis on major broadcasting networks covering the EPL. The BBC channel, for example, displays it after each game along with your traditional possession %, shots on goal, etc.

Expected Goals (xG) show the quality of chances a team creates or concedes in a given match. We know the final score, who cares about chances, you might ask. Sometimes the scoreline simply does not reflect the actual attacking or defensive performance of a team.

We might make wrong conclusions (Atalanta’s attack is bad, Empoli’s defense is good, in our case) by looking at just goals scored and goals conceded in particular matches or over the course of the season.

A costly mistake many fantasy players make is concentrating on these numbers when picking their defense or attack.

Dive deeper  – evaluate xG and xG Conceded rather than just goals scored or allowed and you will never be betting on an overperforming attack or defense.

xG is one of your primary indicators used to evaluate the attacking prowess of a team. The higher the number – the better the team is at creating goal scoring opportunities.

A Big Chance is a situation when a player should reasonably be expected to score either from close range or in a one-on-one situation. This metric is also an important indicator of how creative a team is. Many big chances created lead to greater xG numbers in general and naturally –  more goals scored.

Speaking of goals – only about 10% of goals are scored from outside the box. Shots in the Box stat reflects how often players of the given team find themselves in good scoring positions.

Together with big chances created and shots in the box, it paints a good picture of how dangerous a team’s attack really is.

There is a strong correlation between these 3 metrics and I advise against looking at just the xG stat alone. A high xG number in a given match might be the result of a single shot due to a defender’s slip-up, or a blunder, or a penalty.

The recent Crystal Palace away game against Newcastle is a good example of how misleading that stat may be when looked at in a vacuum.

To sum up, look at a team’s xG, Big Chances Created, and Shots in the Box to determine whether you are interested in offensive picks, double-ups, or even triple-ups from the team in question.

Remember about our weekly Throw-in articles? Yes, we got team xG and xA data in there as well for your convenience. You may check them out here.

Defenders’ main contribution to our fantasy teams’ fortunes is the clean sheets they bring. We have covered it extensively in the team section above.

Center-backs are capable of scoring from a set-piece, so looking at their Headed Attempts and Shots in the Box stat is advisable. A goal from a defender might be crucial to your fantasy team's fortunes as it provides ou with extra points.

Wingbacks are a good source of assists, as they bombard forward down the line and look to cross the ball into the box. Look at their Expected Assists (xA) to see who is good at it.

This is how OPTA defines it:

Expected assists measures the likelihood that a pass will be a primary assist. The model is based on the finishing location of the pass, what type of pass it was and a variety of other factors. This model is not reliant on whether a shot was taken from this pass, so credits all passes, regardless of whether they result in a shot. 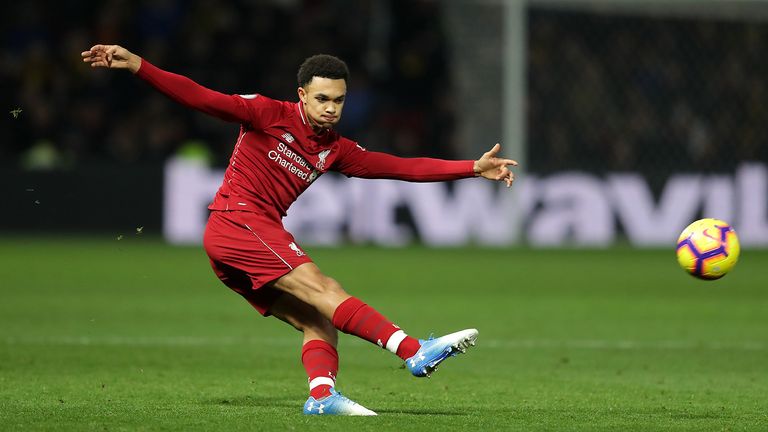 Trent Alexander-Arnold has been one of the best in terms of xGA the past 2 seasons.

Assists and goals are how midfielders rack up points for our fantasy teams. Chances created and Big Chances Created help us spot those prone to assist their teammates.

A midfielder’s set-piece duty is a valuable bonus as it increases his chances to get an assist or even score a free-kick or a penalty.

Midfielders playing out of position (classified as a midfielder on a daily fantasy website, but playing as a winger or a forward: Richarlison, Salah, Sterling, etc.) should be prioritized in most cases when building your lineup. Playing higher up the pitch yields more scoring opportunities.

Penalty area touches and shots in the box are used to determine how often a midfielder gets on the end of things. Typically, a goal scored by a midfielder is worth more points in daily fantasy, so look out for midfielders who are involved in the penalty area, where most goals are scored from.

Expected Assists (xA) serves as a good overall stat to measure the quality of chances you midfielder of choice creates and Expected Goals (xG) is a nice indicator of how attack-minded a midfielder is.

Shots in the Box, Penalty Area Touches and xG paint a clear picture of how often a forward finds himself in good goal scoring positions.

But how good is a forward at taking chances he is presented with? Look for the xG delta (Goals - xG) to answer that question. In general, the higher the number – the better finisher that player is.

While a higher xG delta might mean that a player is capable of scoring consistently even when presented with low-quality chances, bear in mind that this might be an indicator of him overperforming at the moment. Looking at more gameweeks or at the data from previous seasons (if available)  to draw any conclusions in this case.

The same metric can be used to pinpoint players due a goal (low, negative xG delta = lots of chances but few goals scored).

Bear in mind that some players aren’t unlucky, they might simply be just bad at putting the ball into the back of the net. 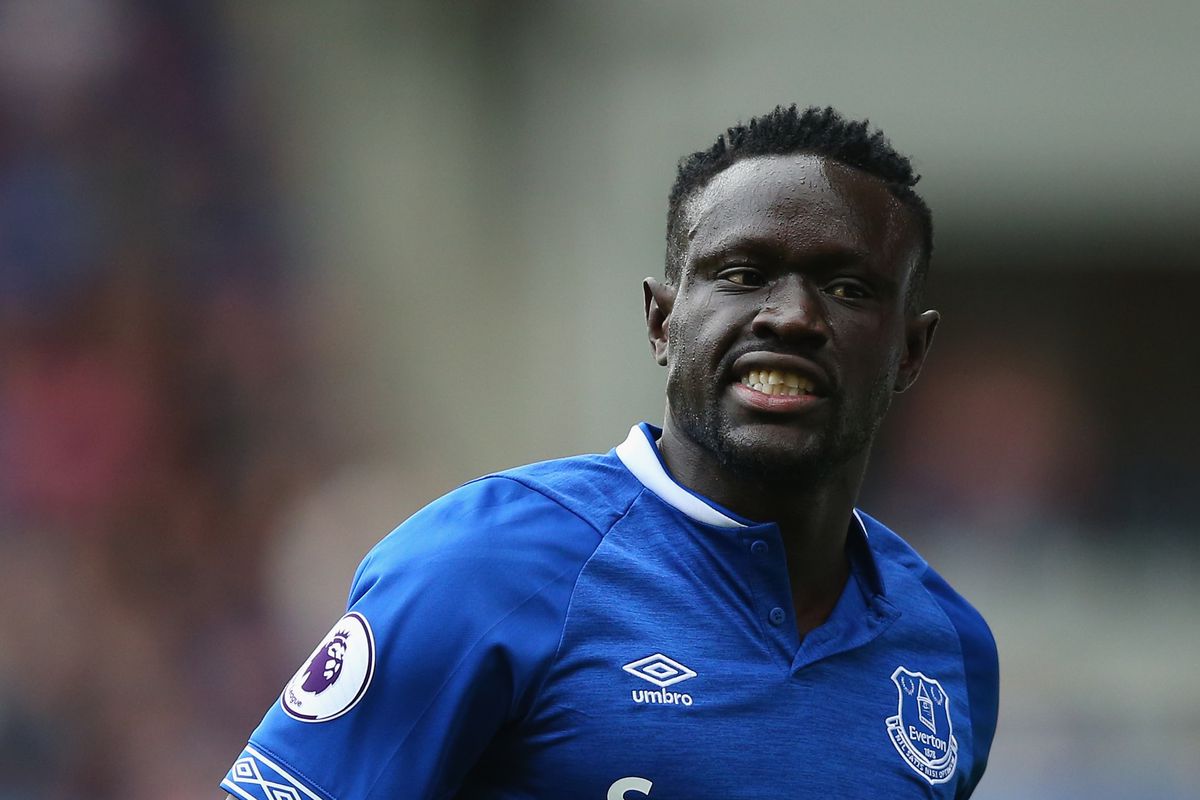 Oumar Niasse is infamous for not scoring once despite a solid 5 xG number last season.

Data drawn from just a single game is rarely representative of a team or player’s skill (as in our Atalanta - Empoli example above). I recommend looking at least 4 previous games to draw any conclusions.

We hope this article has unveiled what other important data a fantasy manager might find useful when building a fantasy lineup. Feel free to explore the depth of statistics further, and may expected goals turn into the real ones as often as possible.